Day 28 of Art Every Day Month, and only two more days to go! Even if it's not quite yet December, the Christmas season is already in full swing. Yesterday was the first advent, and there were numerous Saint Nicholas processions everywhere ringing (quite literally in some cases, see below) in the season. It's less than four weeks till Christmas, the Christmas lights and decorations are on everywhere. But somehow, I'm just so not in the mood yet. Don't know why, as I quite like this season, really. So I thought it would help if I sketched a Saint Nicholas, or "Samichlaus", as we call here (he's not quite the same as Santa, even though they look similar). 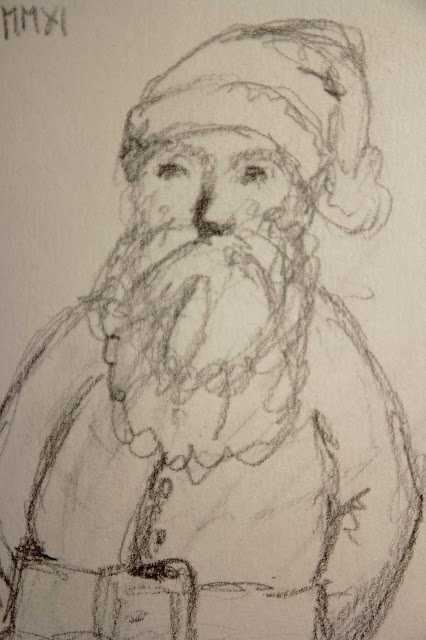 Hmmm, didn't really help much yet. Maybe if I added some colour? Some bright christmassy red, surely that would help?! 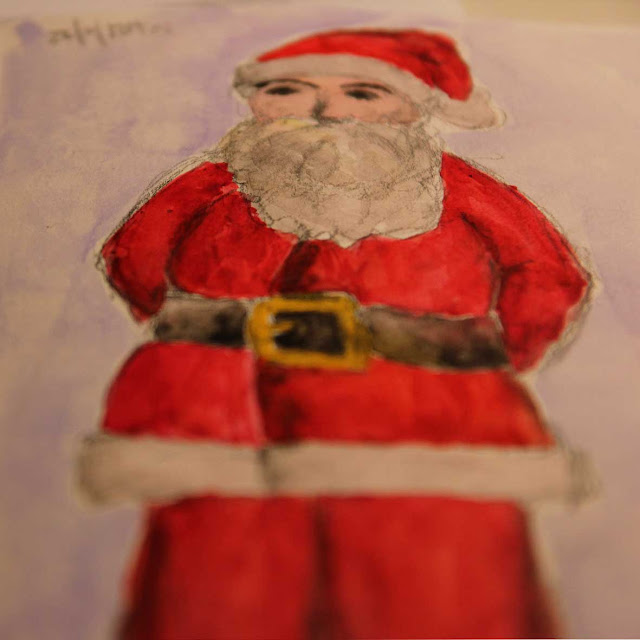 But alas!, my "Samichlaus" looks about as unenthusiastic about the whole business as me. And he also looks a bit undernourished. Maybe that's why he's so grumpy?  Hmmm, maybe I should get out my Dean Martin Christmas CD, or the Ukulele Orchestra of Great Britain one, maybe that will help to put some Christmas feelings into the air?

Here some pictures of our local "Chlausumzug" (Saint Nicholas procession), complete with the bell ringers (I'm sure they never feel the cold, those bells must weigh a ton!), a whole truck load of Saint Nicholas', and even a bunch of junior ones too :) 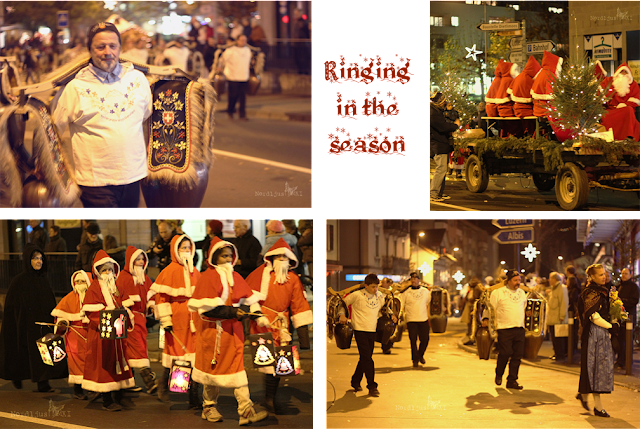 According to the weather forecast, there should be some snow coming in the middle of the month. I hope we'll have some down here as well. That would most definitely put me in the mood for Christmas!
Posted by Nordljus at 22:43