Patience, perseverance, and just doing it

I wrote up a whole long blog post yesterday, including all about my current misfortunes with mail order deliveries (one of them contained a big dead cockroach attached to the jumper I had ordered), as well as my creative 'confusion' (I can't think of a more accurate word to describe it right now) that I'm struggling with at the moment. But I'm going to spare you all the details. The mail order issues will hopefully all be sorted soon, and as to my creative confusion, well I think we've all been there. And will be there again. For most of us, as beautiful, nourishing and rewarding making art is, it is also a constant struggle. In many different ways. It certainly is for me. The fact that I'm constantly torn between completely different styles, techniques, mediums is a never ending source of frustration. I feel that I should 'decide' on something, and stick with that. But I can't, and it can all too easily lead to me ending up not doing anything at all. But moaning about it, and boring everyone with my moaning, isn't helping either. So I'm just trying to go with it, and not think about it too much, or even better, not at all, and instead pick up whatever medium I feel like and put something down on paper. Because at the end, that's still better than not doing anything at all, right? 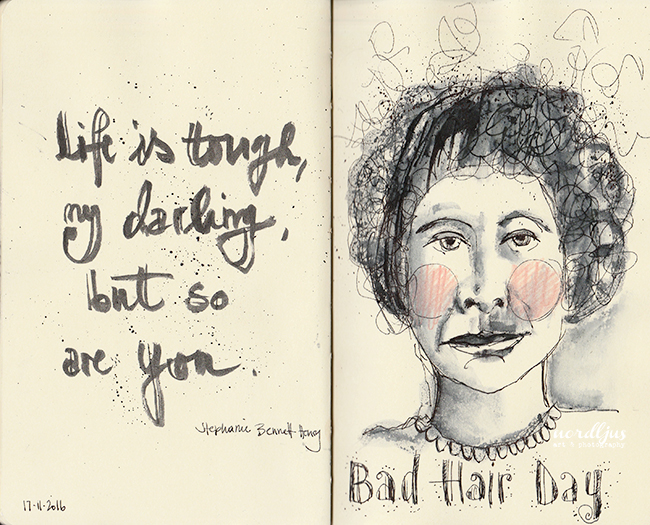 Another thing I need to work on is patience (a candidate for my word for 2017?). And I guess I should add perseverance to that too. At the beginning of the year, I bought a Rotring fountain pet at my local art shop. Because they didn't have the converters in stock, I bought some cartridges. And since the ink in the cartridges wasn't waterproof, I decided to make the best of that and use it with a water brush. I loved it. I played with it for a bit, and then I put it away and never picked it up again. Same with my brush pen. 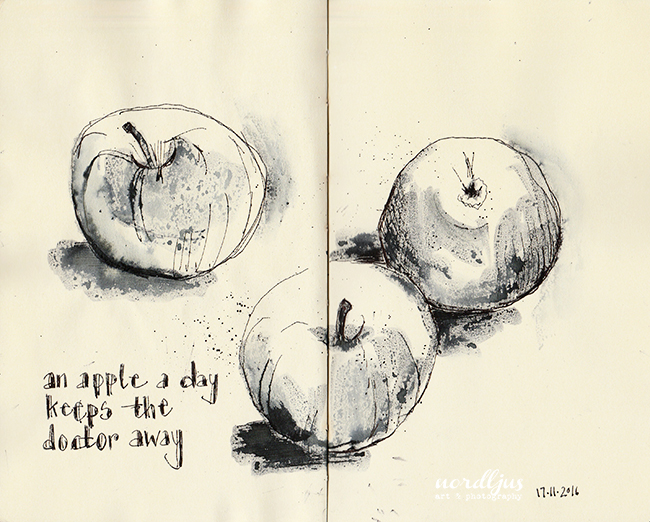 So there are the two things I want to allow/remind myself to do in the following weeks and months: to do whatever I feel like, even if it's the exact opposite of what I did the day before, because that's still always better than not doing anything at all. And to thoroughly try out and experiment with different mediums, and take them out regularly. Or get rid of them if it turns out that I don't really like them. 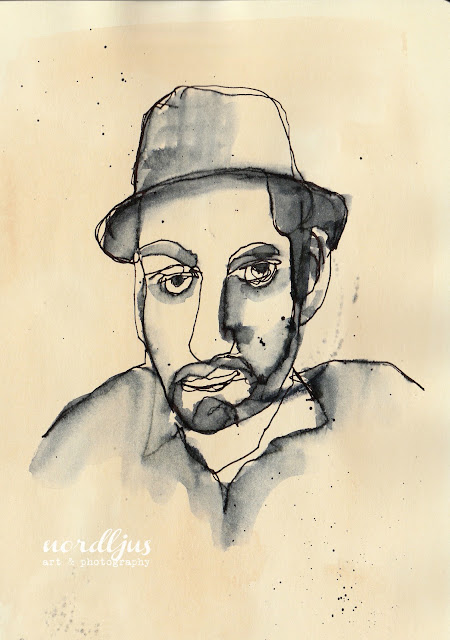 A beautiful day out, and some drawings

After my week in Scotland, I spent another 10 days in beautiful Dorset. We didn't do much, we were both tired and wanted to just simply relax and take it easy. 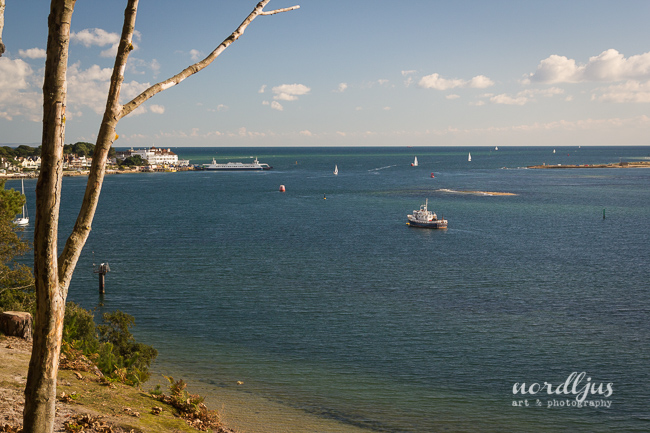 We did go on one long day out, though, to one of our most favourite places - Brownsea Island. 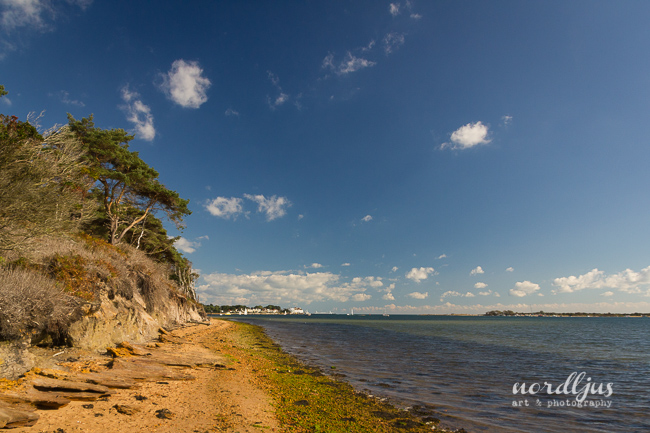 Like last time we went, it was a glorious day, and there are many places, where you feel that you are somewhere completely different, somewhere in the Mediterranean instead of the English Channel. 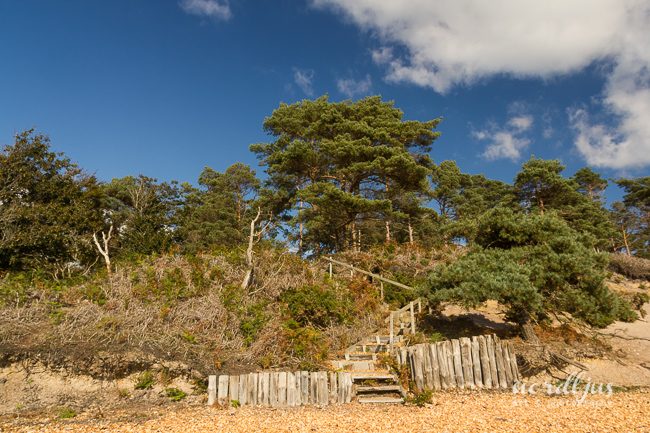 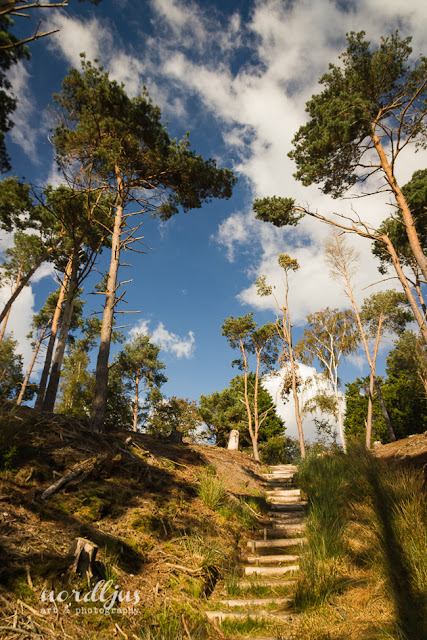 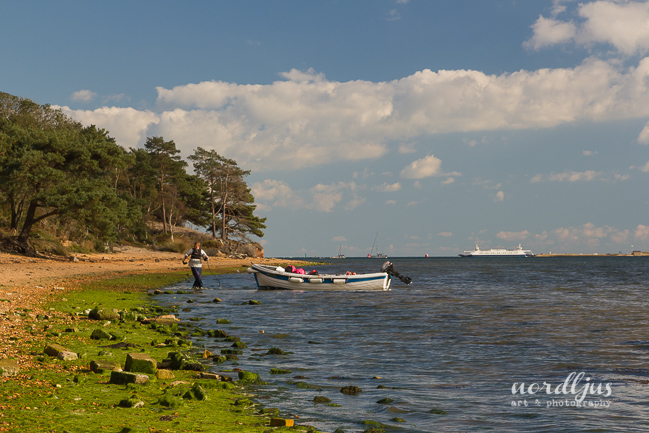 Brownsea Island is the only place in Britain, apart from Scotland, where there are red squirrels, and they are one of the main attractions for people to visit. 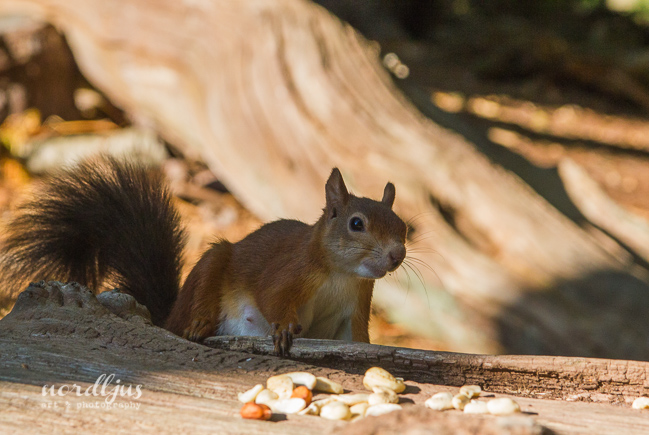 It's easy to understand why, as they are such adorable little creatures. 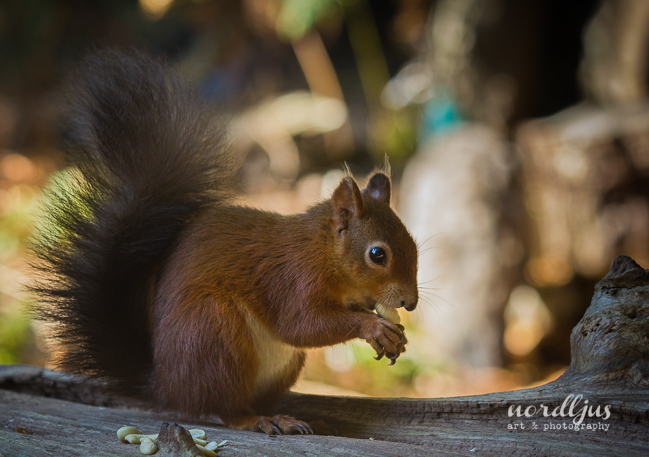 We didn't see as many as last time, but we still got a few good shots. 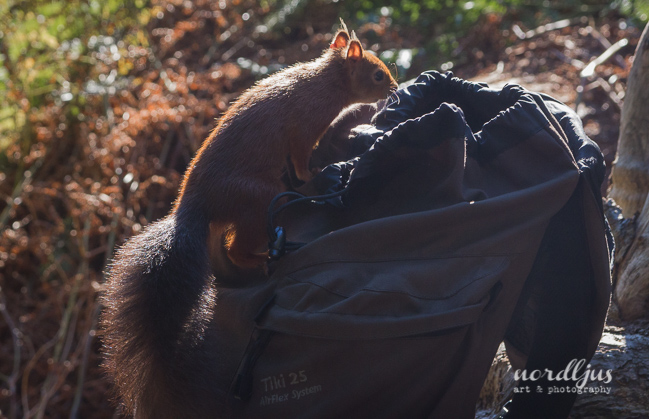 The two that came to say hello were very obliging, and remained sitting on the branch and eating nuts long enough for us to take photos. 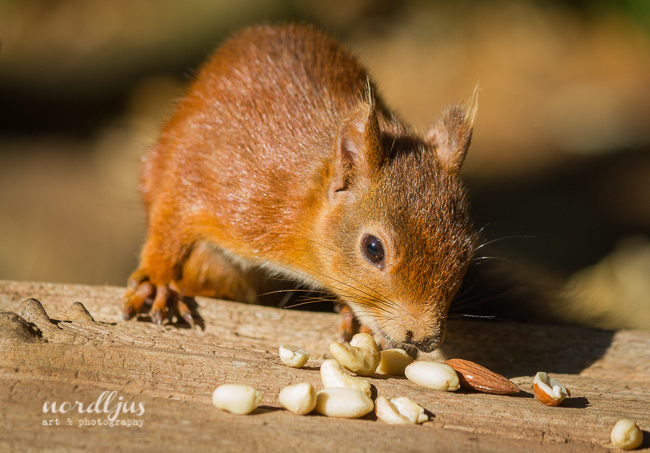 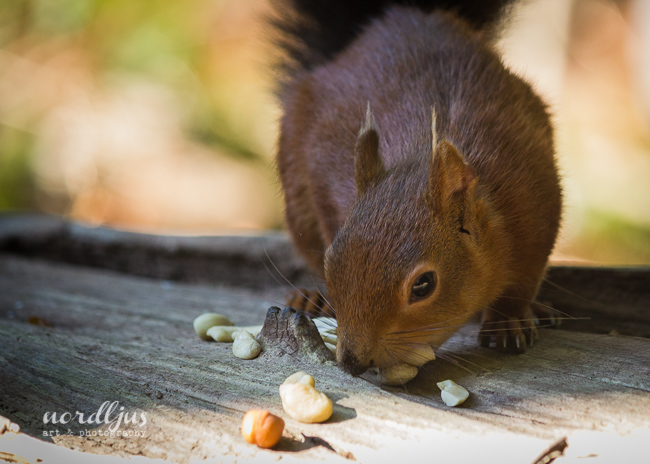 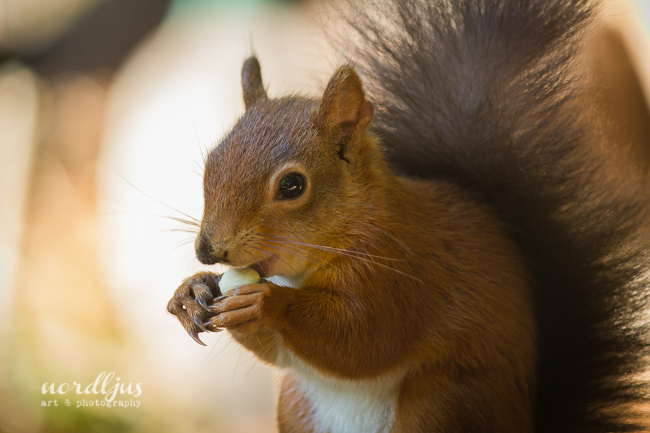 There are also lots of peacocks on the island, and they were very friendly too. A mum and her young even followed us all across a big meadow when they realised that we were having a picnic on the other side, to keep us company, and even followed us for a while when we finally wandered off. 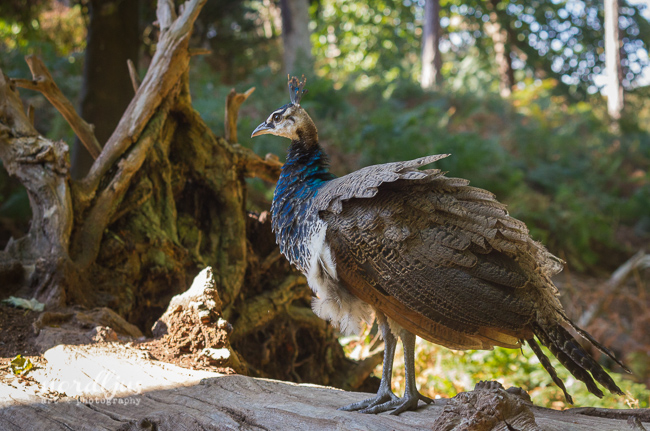 The pheasant we saw later in the afternoon seemed a lot shier. He kept walking away and hiding when I tried to snap a photo. Until N, who was a about 50 meters away, got out a bag of nuts - and suddenly all shyness forgotten, the pheasant ran across the grass towards him, and even picked N's treats right out of his hand! 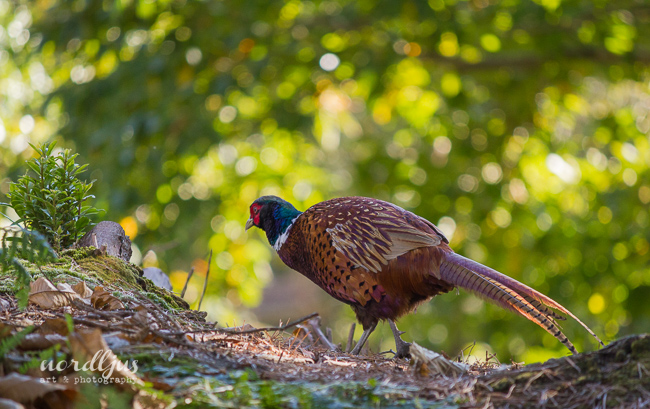 There are lots of chicken too. I was busy picking up feathers all day, and when I got my plastic bag out to put some more away, I suddenly found myself surrounded but dozens of chickens and peacock, running from all directions toward me, expecting a treat. 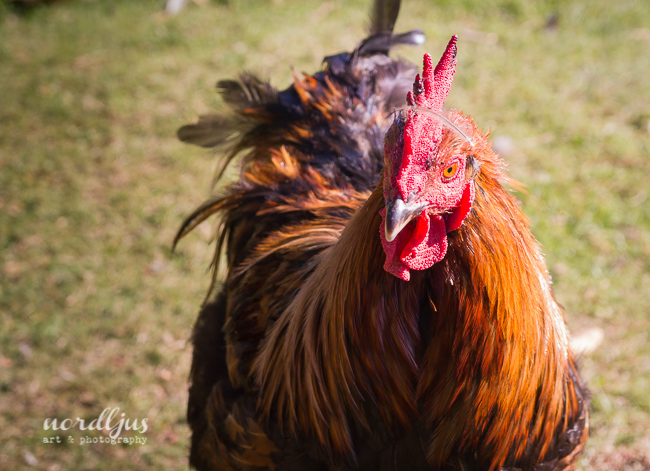 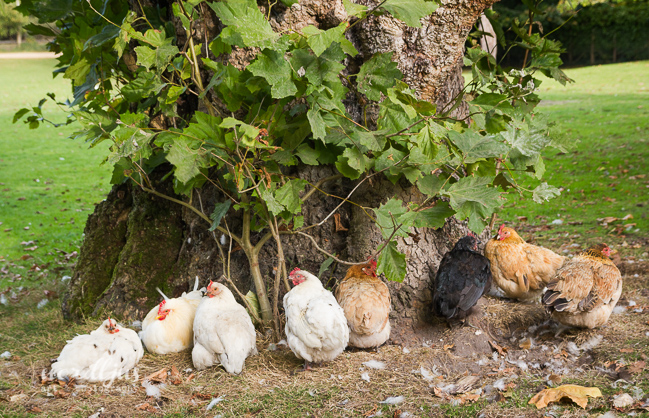 When leaving the island, instead of going straight back, the the boat takes a little longer tour all around Brownsea and between islands and back to Pool harbour. Another special treat after a great day on the island. Especially with an evening sky like this. 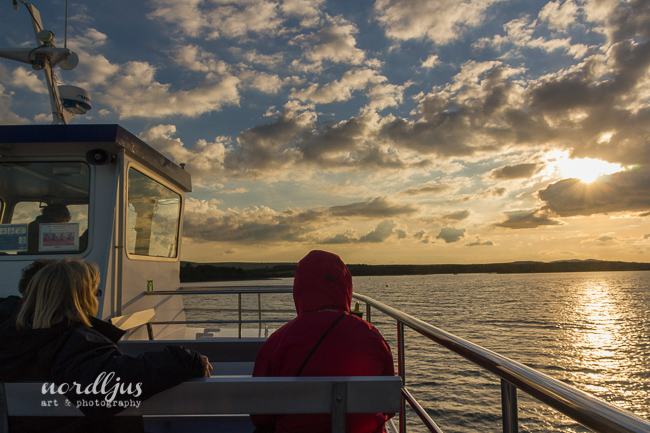 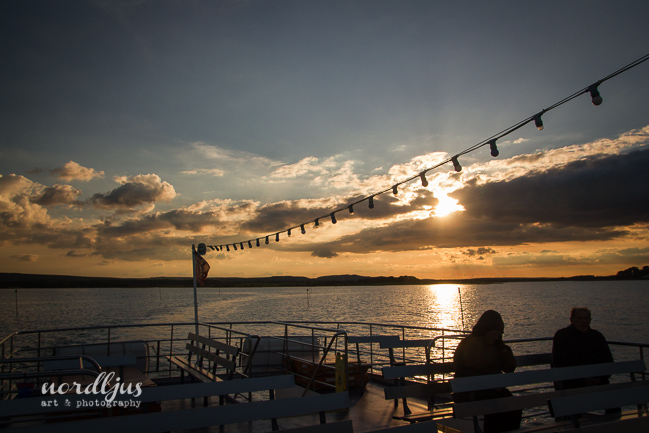 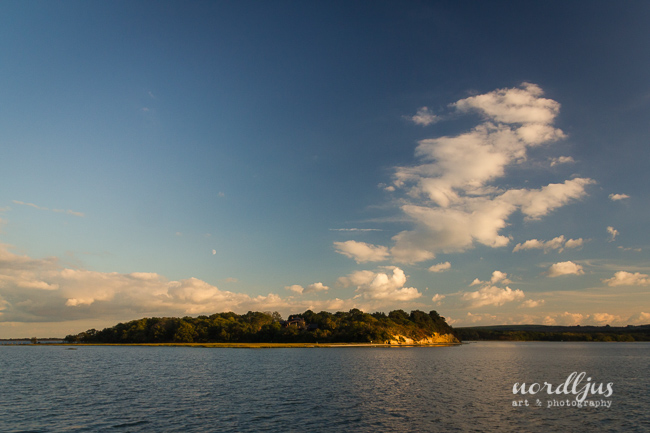 I haven't really gotten back into my studio since I got home from my holiday. I'm in a tidying up and getting rid of stuff mood at the moment, rearranging and reorganising things. Things tend to accumulate far too easily over the years and I find that it gets in the way of using what I actually want to use, and can end up not doing much at all. So the stuff that I don't use anymore has to go so that the materials I do use and want to use are ready and at hand. Some creatives work well in a chaotic studio, but personally, I prefer it if it's reasonably tidy. Which more often than not mine isn't. But I'm working on it...


I have done some drawing, though, and after the art week in Scotland, I'm especially drawn to the good old pencil again. I just love pencils - and I have far too many of them. Although, can one really have too many pencils? 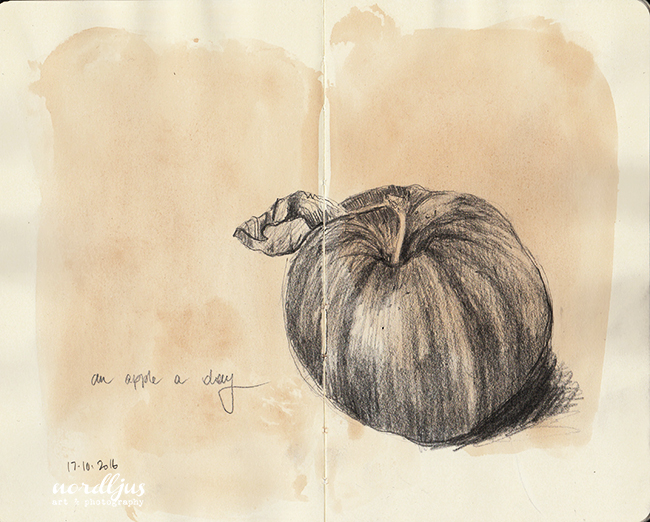 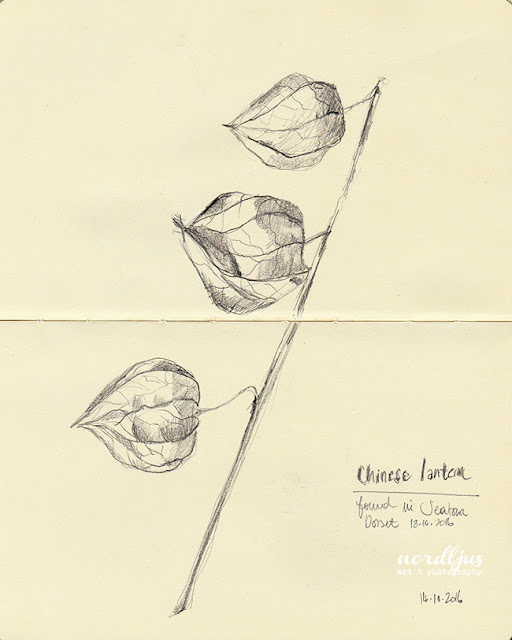 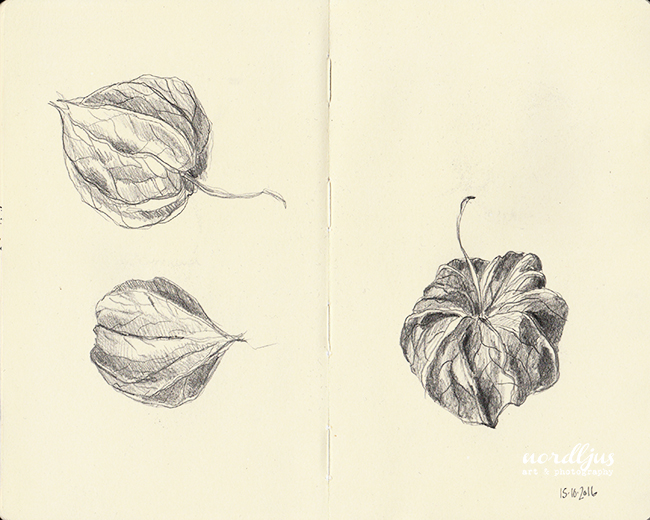 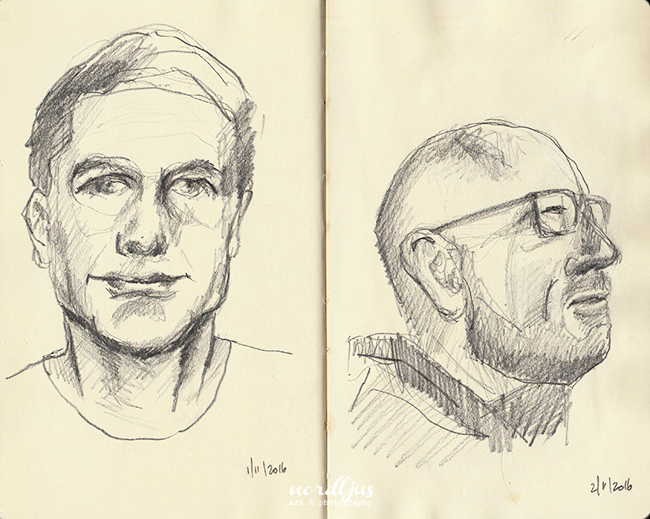