The Polaroid revival has been going on for a while but I've only fully discovered this fascinating medium early in 2014, when I, finally, found my first Polaroid camera. I've heard about the whole Polaroid rage much earlier than that, and knew that instant film has become available again thanks to The Impossible Project, but I didn't have a camera to give it a go myself, and didn't really know where to get one. We've never had one when I was young, so there wasn't one to be found hidden away in the attic, but in 2014, I found one in a second hand shop - a chance I've been waiting for for a long while. It turned out to be as good as new, probably never even been used, and in full working condition. I bought some film, read the instructions, shot some photos with mixed results, forgot about the instructions, shot the occasional photo with very bad results, got annoyed about wasting money on the expensive films and then more or less forgot about it. At the beginning of 2015, with one of my big New Year's Resolutions being to get back into photography again, I picked up the camera again, and after yet another couple of bad results, finally read the instructions again, looked up some tips, tricks and information about instant photography, and finally got some good results. 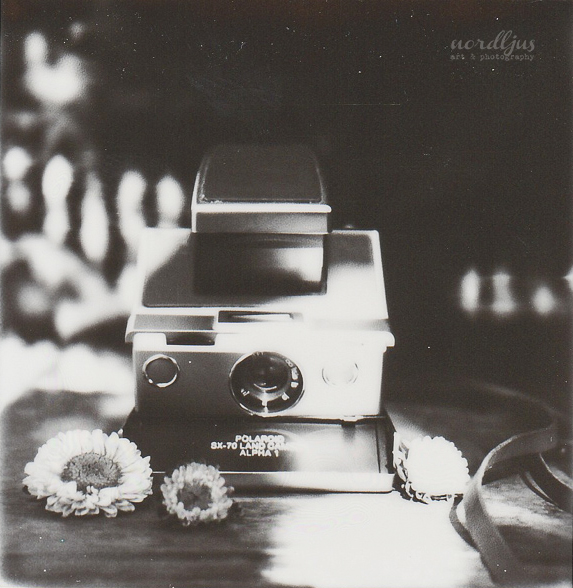 In spring 2015, after having dug a bit deeper into instant photography, read up on tips and tricks, different camera types, and slowly but surely getting hooked to it, I treated myself to a Polaroid SX-70 Land Camera. Two Image cameras and a SLR 680 soon joined the family.

The Design Classic - the Polaroid SX-70

The first instant SLR camera, manufactured between 1972 and 1976, in a beautiful design with metal body that folds flat. It has a 116mm, f/8 lens and manual focus with split screen range finder circle and allows you to shoot as close as 26cm to your subject.

The Modern Compacts - the Polaroid Image System and Image Pro

The characteristic feature of the Image cameras (known in Nothern Ameria as Spectra) is their image format, which is a 9.2 x 7.3 cm rectangle rather than the iconic square. They have a 125mm, f/10 lens, sonar autofocus, inbuilt flash and some control switches at the back (Image System), which allow you to f.ex. adjust exposure. The Image Pro comes with a LED display at the back instead of the switches, and has a multiple exposure feature (up to 5 exposures).

A box-style camera of the 600 series with a 116mm f/11 lens, autofocus and built-in flash. It also has a built-in close-up lens you can switch to, allowing you to get as close to your subject as 60cm. The Jubilee was a special edition from the early 90s.


The Fascination with Polaroid Photography - an Exercise in Mindfulness

What's the fascination with instant photography today? It's a bit of an ironic story, I find. A reversed effect. The idea of instant cameras was, of course, that you could see the developed photo instantly, within minutes, rather than having to wait for your film roll do be developed. Today, with digital photography, we can see our photos even more instantly, within seconds, and can immediately download and edit them. Instant photography, in comparison, has become the much slower process. With the 'new' Impossible films, colour photos still takes at least 30 minutes to develop.
With your digital camera, you can take hundreds of photos in one go at no cost, with Impossible films, you get 8 photos in one pricey film. Of course, you still have to put some thought into your subject, composition etc. with digital photography, but you can snap as many photos you want and then choose the best afterwards. With instant photography, you have to put a lot more thought into each and every photo you take.
I've been reading a lot about Mindfulness in the past couple of years, thinking a lot about my life, where I am now, where I want to be, what is important. To be more present, to enjoy the simple things, to notice what is around me, to discover beauty in the small and ordinary, these are things that have become more and more important to me and that I'm continually working at. And when I picked up my Polaroid again at the beginning of 2015, it has struck me that this kind of photography is actually a perfect exercise in Mindfulness. I still love my DSLR and digital photography and all its possibilities, and wouldn't want to be without it. But instant photography is just a completely different experience. For me, it's not about creating a perfect image, it's about capturing special moments -  about slowing down, taking my time, connecting to the present moment, creating a special experience, making time to play and experiment. 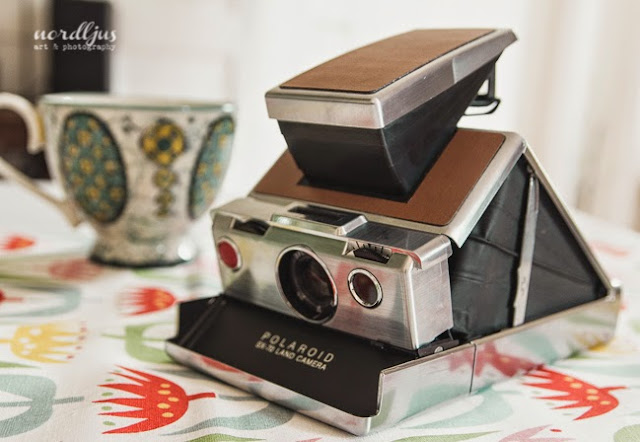 One tip I can give you that I wish I had remembered much earlier is to read the instructions. I guess I should add and remember them. One reason I got such frustrating results over and over again was that I had forgotten about what it said in the instructions on how to use the films, and hadn't thought of having a look at them again until after far too many wasted films. The new Impossible films don't work like the old original Polaroid films did. After the photo is ejected, you have to immediately put it upside down or store it in a dark place, and then wait for at least 30-40 minutes until it is fully developed. I left mine lying around face up and so they never properly developed, leaving them all overexposed.
If you don't have the original manual for your camera type, try to find it online or look up tutorials on how to use it (there's plenty around). My 635CL came with its original box and instructions, but it took me a long time to (re)read it properly and find out that it comes with two release buttons. The big red obvious one - and the smaller one behind it, which actually allows you to switch off the flash. Very useful.

What film to use

Production of the original Polaroid films has been discontinued in 2008. The Impossible Project have then bought the last factory and have been making new films for Polaroid cameras. There are basically three types of films:
All three come in both colour and black and white. For the first two, there's also a variety of different frames available.


When buying a camera
Polaroid cameras can be found in various places - your parent's attic, second hand shops, flea markets, the internet (eBay, Etsy, specialist shops/online dealers), and you can pick up some really cheap ones.
If you are interested in giving instant photography a serious go, and want to invest in a pricier camera, such as the SX-70, you want to be sure that it is in perfect working condition. Make sure to get it from someone (local or online) who knows something about these cameras and has tested, and maybe restored/refurbished it.
Here's a short video on what to look for when buying an SX-70: SX-70 Polaroid Camera - Before You Buy 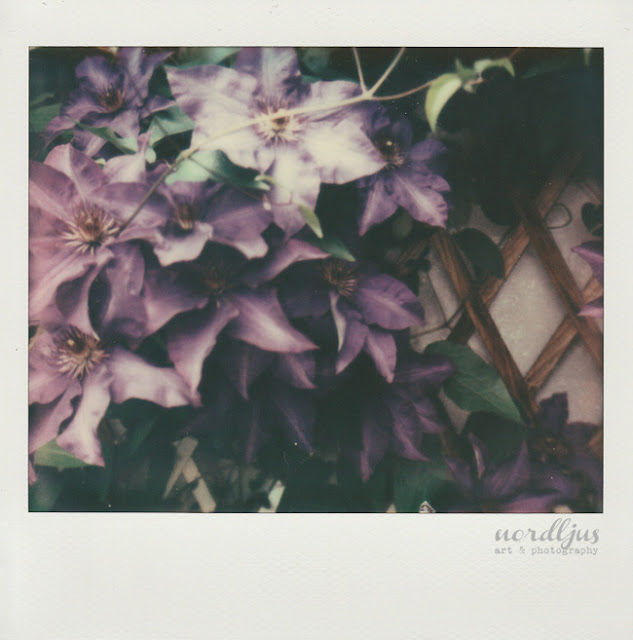 Last but not least, the original 1972 film advertising the new Polaroid SX-70. I find it most enjoyable, although knowing how fiddly I find it to get the focus right with this camera, some of the examples seem just outright impossible.