What do you do when you've got tons of stuff to do? Exactly. You try out something new instead of getting on with your stuff and getting it done. Preferably Something completely different. Something new. Which, because you haven't done it before, takes up loads of time. 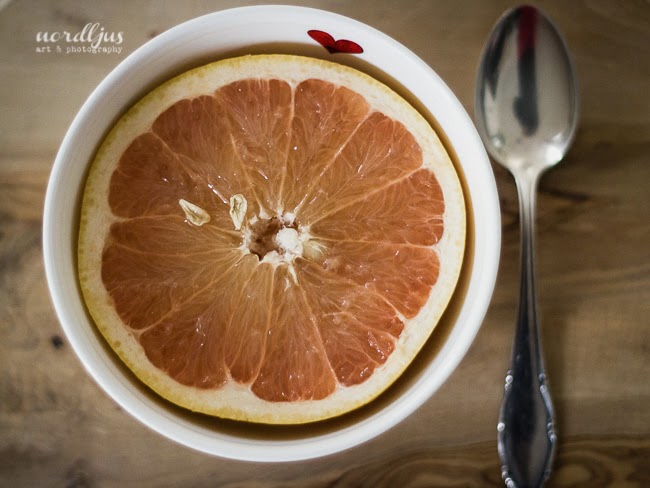 I came across a tutorial for a stop motion film the other day, which I thought was really cool, and I wanted to try it out myself as soon as possible. In the tutorial, the film (made of a series of photograph), was made in iMovie. Hurray, I thought. I have iMovie. Unfortunately, when I opened my iMovie, it looked completely different than the one in the tutorial, with none of the buttons anywhere to be seen, and much less options. I somehow managed to figure out how to change the lenght of the film, but I'll have to spend some time figuring out how it works, where to find what, and how to create films the way I want them to look - and how to upload them so that they look the way I want them to. But apart from the frustrations, it has been great fun to create this little film. 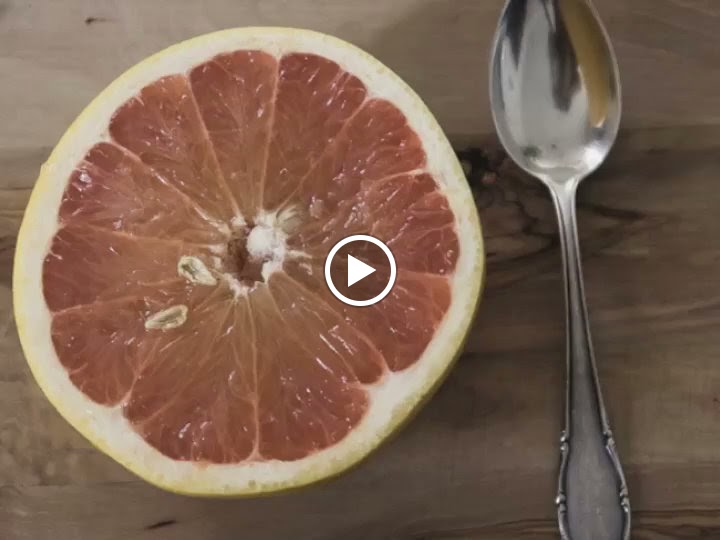 Having taken out and set up all the equipment, I took the time to shoot some other things as well. I remember years and years back, when Granny Smith apples first appeared in the shops, how special and exciting we thought them, all bright green and shiny. I've been thinking recently, while shopping, that I haven't seen any Granny Smith in the supermarket for quite some time. What happened to them, I wondered. Did they still exist? A couple of weeks back, I happened to be in Germany for a day, and there, in a supermarket, I saw them. Of course I had to buy some, and I've been wanting to take photos of them for the past two weeks. I think they look just terrific. 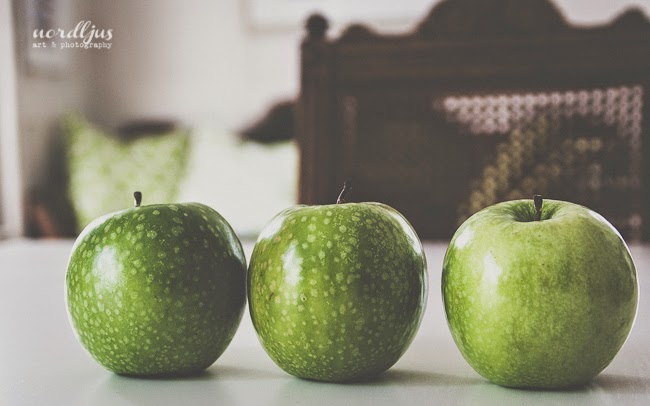 I've been stressing myself out with my photo organising project, and I'm beginning to feel that I've been overdoing it. Those hours and hours at the computer after work and at the weekend. Today, my head feels like it's going to explode any minute. Good thing that I've got a little holiday coming up. And playing around with the photos and iMovie today has been a nice break. I still have loads of hours of importing photos into Lightroom to do, but I'm trying to take it a bit easier when I'm back from my holiday, all relaxed and full of energy again (and hopefully, with that constant headache gone). 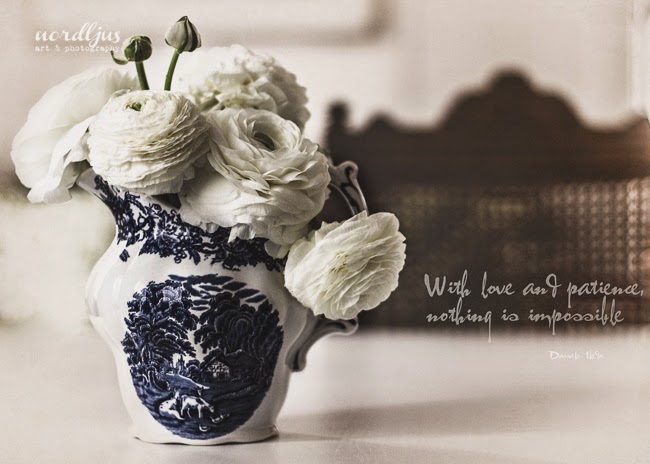 Are you getting bored of reading about my photo sorting thing? I don't blame you. I'm certainly beginning to have enough of it. After having discovered several folders with hundreds of photos from 2011 tucked away in another folder on my external drive, I spent all Saturday and Sunday renaming and sorting photos again. And I had thought I had 2011 sorted. No wonder I have a permanent headache these days. But I'm getting there.

Unfortunately, having discovered all those photos meant that I didn't have time for anything else. I just wanted to get them sorted. But despite all the extra hours at the computer instead of the easel, I'm glad I found those photos. Many of them hold dear memories of a place where I loved to spend a lot of time back in 2011, and which I miss very much. Going through those photos made me both happy and sad.


While I haven't done much drawing or painting for a while (too long), I at least tried to take a few still life photos of my new tea pot and cup. Still life photography is something I want to try out and get into this year. The light wasn't good, but I enjoyed the editing process. And I got something other than renaming, moving and deleting photos done. 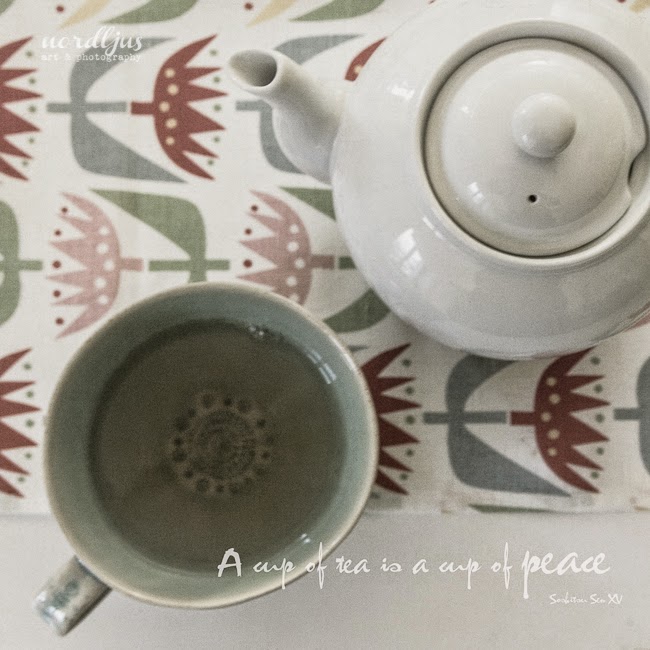 I'm still spending most (too much) of my free time with tidying up my photos. It's time consuming and rather tedious, but once I'm finished, I'm sure it will be worth it. And I just want to get it done now. So not as much studio time as I would like at the moment. But I have been drawing for a bit yesterday, and hopefully I can drag myself away from the computer and do some painting too this week - and share them here later this week. 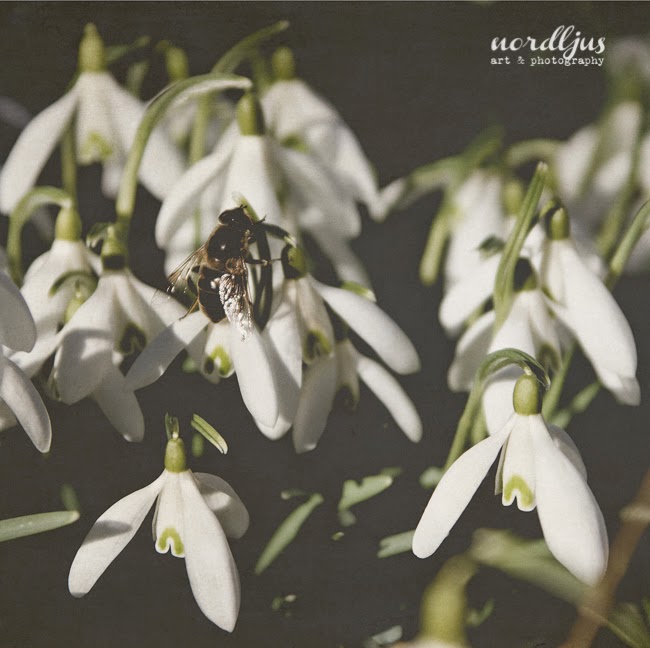 In the meantime, spring has arrived here. The past few days have been mild (apart from freezing mornings and evenings) and sunny, without a cloud in the sky. So today I grabbed my camera to get some shots of a patch of snowdrops near by. Those snowdrops always make me happy, and after spending so much time going through, sorting, and deleting photos from 5 years ago, it was a nice change to do some editing, and finally installing and playing around with Lightroom presets. Still much to learn, but I'm enjoying getting back into photo editing again. 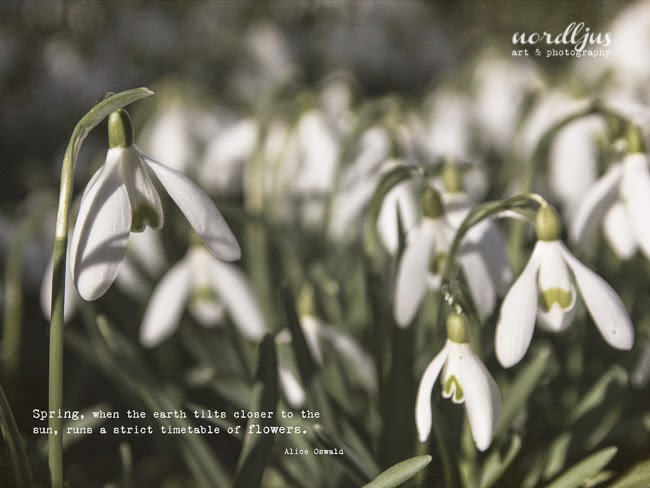