This year has been my worst blog year so far. Not even half as many posts as last year. It's not that I haven't done anything. Actually, I think I have done more than ever. Mostly drawing and sketching, including a 75 day sketch challenge. But somehow, I haven't really been able to post, connect, be present. Some health issues, which have dominated most of the second half of the year, haven't helped either. I've thought a lot about giving up he whole online stuff. Shut down my blog, delete my Facebook account, draw the duvet over my head. Because really, what's the point? It can be very frustrating and depressing, when you're not able to achieve what you want to achieve, to be how and what you want to be. Especially when you happen to be someone who tends to take think a bit too seriously, too personal. A perfect introvert and worrier.


But I'm not quite ready to give up yet. A new year is always a good opportunity to put the old one behind you, draw a line, and make a new start. So I'm giving it another go. I've got lots of plans for the new year. My word for 2015 is Nurture. A big word, encompassing many different aspects. Including health. I hope 2015 is going to be a healthy year.

This year really has just whizzed by. I remember writing in my journal on my favourite bench at the edge of the forest on a mild spring day, making plans for the year, and suddenly here we are, at the end of the year. What happened??? Where has the time gone? It's always a good thing to look back on the year, especially when you feel that it has passed far too quickly and you haven't really done anything at all

In spring, after half a year, I decided to quit pottery class. I did enjoy it, but it all got a bit too much, and I wanted to concentrate on drawing and painting. And I never really quite got the hang of throwing, let alone of trimming. The only thing that greatly improved was the glazing, which went from complete mess to pretty neat. Paint and brush - I took it as a sign.
Instead of portrait class, I decided to sign up for a portrait class. I had taken this class already two years ago and really enjoyed it. This time, we worked even more often with life models, and it was a great experience.
One of my resolutions for 2014 was to draw more, and I did. Over the summer, I completed the 75 Day Sketch Challenge, one drawing a day for 75 days. I never thought I would be able to do it, but I did, and it was great fun.

After a wonderful two weeks' late summer holiday in England, I took up all my courage and signed up for a life drawing class. I've been wanting to go for quite a while, but thought I wasn't ready. But then I just jumped in, and it was a great experience. I learnt a lot.
I didn't come very far with my A Whole Lot of Collages project, I'm afraid. But I enjoyed doing the ones I did, and no doubt will do more, every once in a while.

I also took a couple of online classes, the last one, Pauline Agnew's Expressive Faces and Figures, inally got me taking out my acrylic paints, inks and brushes again. I'm still somwhere in week 1, still lots of catching up to do, but it was great to get painting again, and to learn some new techniques. Below's one of the portrait I started in the class. Still a work in progress. 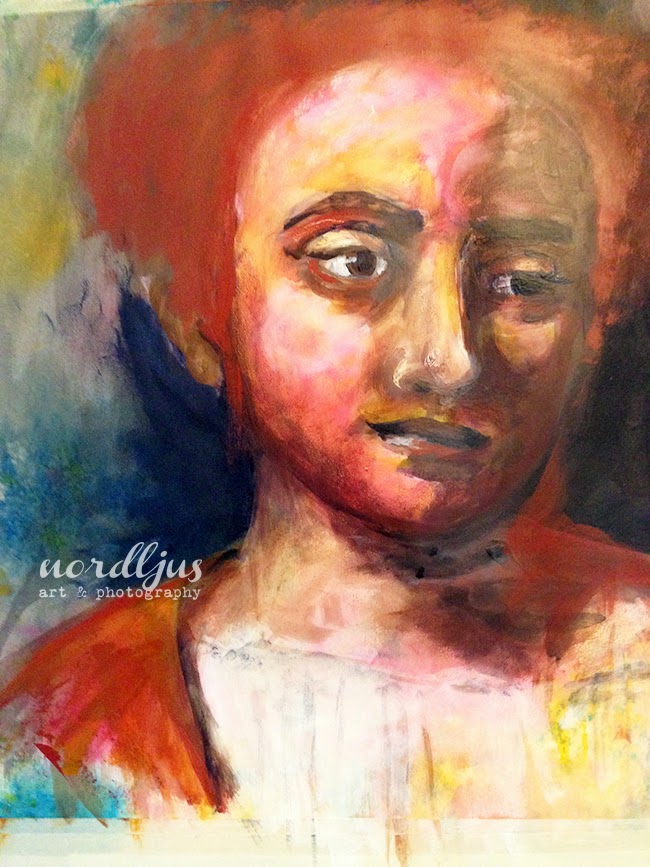 I'll be writing my list of wishes, ideas, resolutions for 2015 in my diary later. As usual, there are lots of things on my list. Among them are spending much more time in my studio to paint, draw, journal, create. To be more present in blogland, and to give my blog that long overdue make over. To get more organised, and to get out there. And to stop being a procrastination queen.


See you next year! 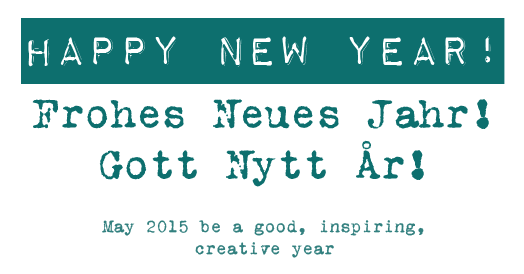 Unbelievable, that's is almost the end of the year again, already. Where has the time gone? And what happened to all those plans, goals, dreams and resolutions one tends to set oneself at the beginning of a new year? Well, one of my plans for 2013 had been to explore oil painting. It's something I've always wanted to do, but never dared. Then, at the end of last year, all determined, I bought some oil painting supplies. One day in spring, I set up a little still life, did a pencil drawing... 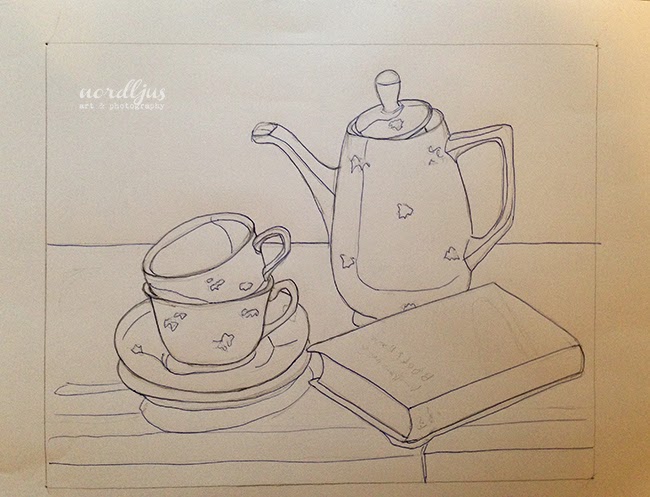 ...made a value study with charcoal on a separate piece of paper.... 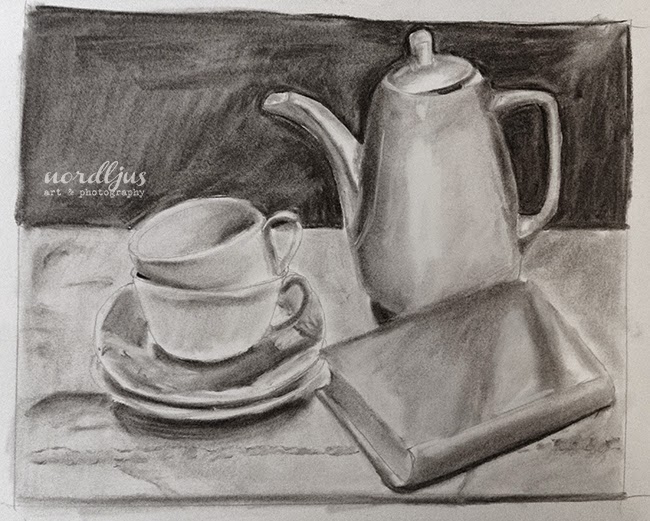 ... transfered the pencil drawing on to a canvas board, and started with the underpainting. 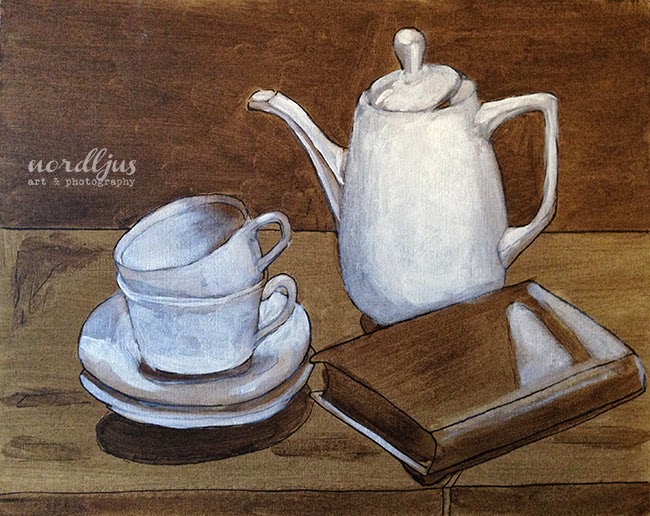 And that's as far as I got, I'm afraid. But at least the underpainting is now well and thoroughly dry, and ready for the next layer. And one of my New Year's resolutions for 2015 is to finish this painting. And explore and play with oils.
Posted by Nordljus at 16:31 3 comments: