Week four of Art Every Day Month is already over, and its only a few days left. I can't believe how quickly the time went! This week wasn't quite as productive as I had wished. But sometimes, one just has too many other things on one's mind that keep distracting one's thoughts and concentration. I managed to get something done, or at least began something, almost every day, although some of it was rather frustrating.

Monday, 21 November: My mind had been running wild since the early hours of the day, and it needed some sorting out. So instead of painting, drawing, sketching etc. I spent the entire evening jotting down my thoughts into my journal. 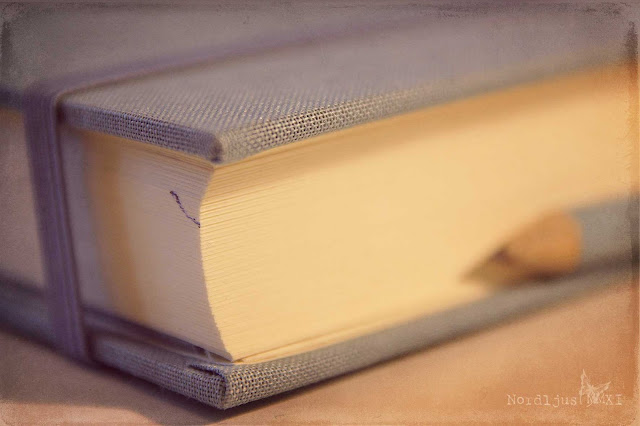 Tuesday, 22 November: My thoughts kept wandering off, and I found it hard to focus on what I was doing, so my drawing attempts resulted in only half a dog. He doesn't look too happy about it, the poor thing... 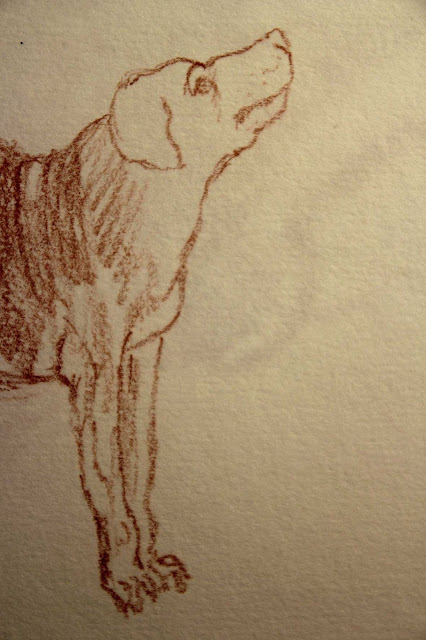 Wednesday, 23 November: I spent the afternoon going through a pile of antiquarians' and auctions catalogues, and I found a lovely 1920s image of what must have been a champagne ad. I copied it into my sketchbook in the train on my way to Swedish class. I don't really know why I always feel like drawing in that particular train, it's always crowded and constantly swaying and jouncing. It's not really a very comfortable train. 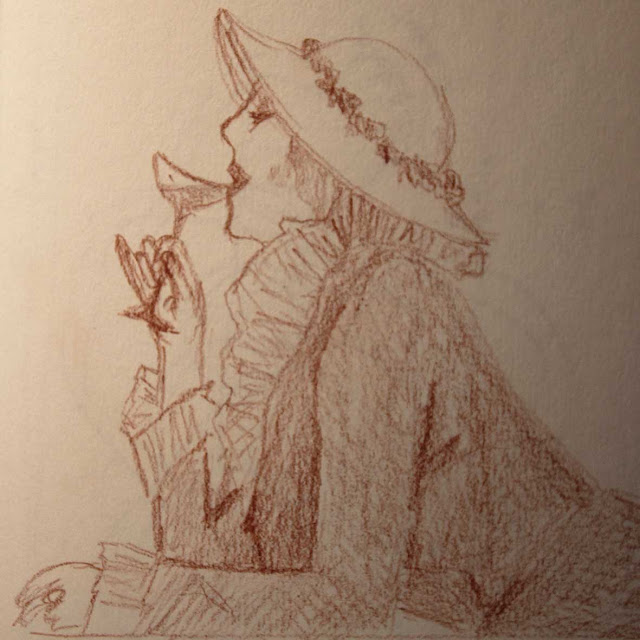 Thursday, 24 November: I met up with a friend after work so got home later. I did continue working on my watercolour techniques reference book, though.

Friday, 25 November: I had the day off, and so much to do that I kept running around all day. The biggest achievement was that I finally, finally decided on a fabric for my new old sofa. It  actually took me  an embarrasing 15 months to decide... Luckily, I found a very patient upholsterer. No idea how long it will take now until it will be ready and in the living room. I didn't dare to ask... It'll be ready when it's ready. I just hope I made the right decision about the fabric...!! I tried to do some kind of watercolour landscape scene in the evening. I want to practise as much as possible with watercolours to be ready for the workshop in mid December, but it just didn't work at all. So I decided to give up and call it a day. I'll finish it later. Or maybe I'll just leave it and start something new. 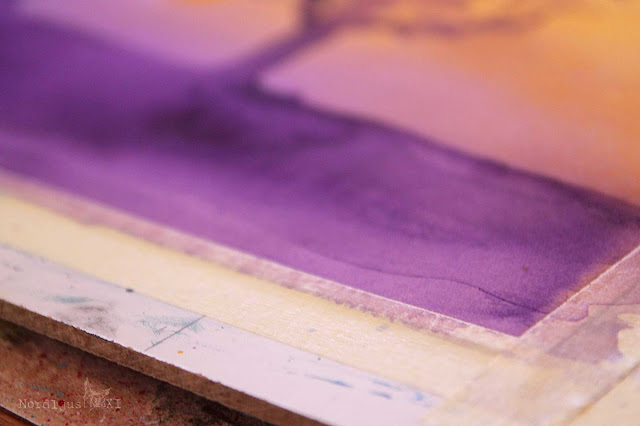 Saturday, 26 November: At last, I started working on the new picture for the living room, now that the sofa fabric is sorted out, and I spent all morning working on it. The bubble theme is still going on. So many things on my mind, so many bubbles in my head. Not quite sure yet how exaxtly I want it to be, but I want lots of texture. 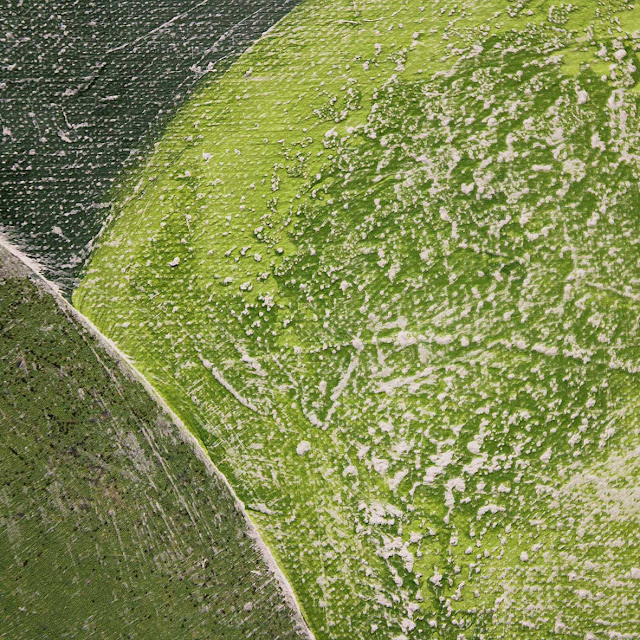 Sunday, 27 November: From bad to worse. This week really wasn't a good week, creatively speeking. I really should have just forgotten about that watercolour sketch I started on Friday, as it got from bad to much worse. Isn't there a saying, that you need to make bad art first in order to start making good art, or something like that? Well, this is certainly as bad as it can get. Only good for cutting up and re-using for some collage or something. Ah well, the week's over, and hopefully, with it my creative low. 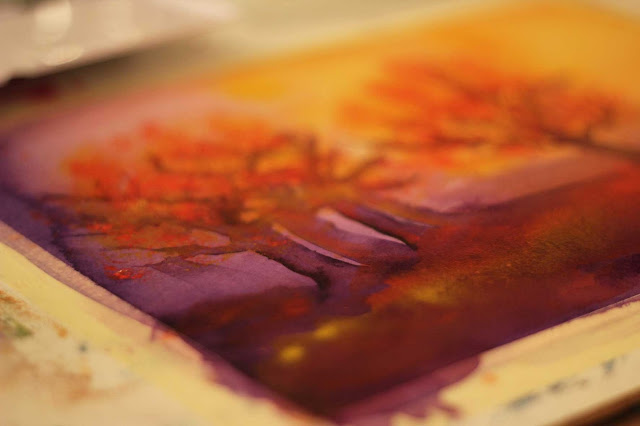