I picked up, the prints of my first roll of b&w film today, taken with my beloved Minolta Hi-Matic 7s II. So far, I've been very happy with the colour prints taken with it, although the digital version is always quite terrible. No matter whether I scan them myself from picture or negative, or have a CD made, they results are always the same: terribly grainy and not very sharp images. I'm beginning to think that there's something wrong with the camera somehow, as I've seen digitalised pictures taken with that camera on the net, and they look nothing like mine. But at least, the prints are okay. Maybe I really just have to stick to the prints, the old fashioned way :).


On the other hand, it's quite cool what you can with Photoshop to them afterwards. With one totally overexposed image, I managed to get some of the colour back and turn it into a picture I'm quite happy with: 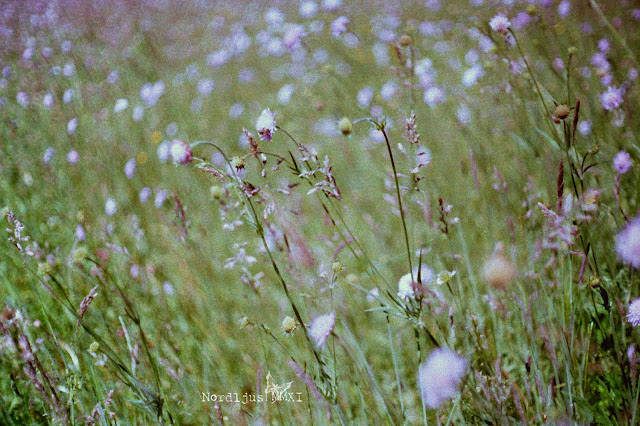 I was slightly disappointed with the black and white prints. They turned out rather dark, with lots of contrast and little details. I've used an Ilford ISO 125 film, and the result is pretty much the same regardless of the weather condition, whether it was grey and rainy or bright sunshine. I stuck to the "sunny 16 rule" or used the automatic mode, with which I've had good experiences (even though I read somewhere that it wasn't reliable anymore because the voltage of the batteries has changed).


But as I said before, the advantage of the digital vesion of the analog prints is that they can be processed in Photoshop. And the grainy, not-so-sharp look somehow adds to the old-time-fee of the analog prints (although I wish you could see how wonderfully SHARP that lens actually is!).

Early morning at the river, with a bit of a yellow filter added afterwards: 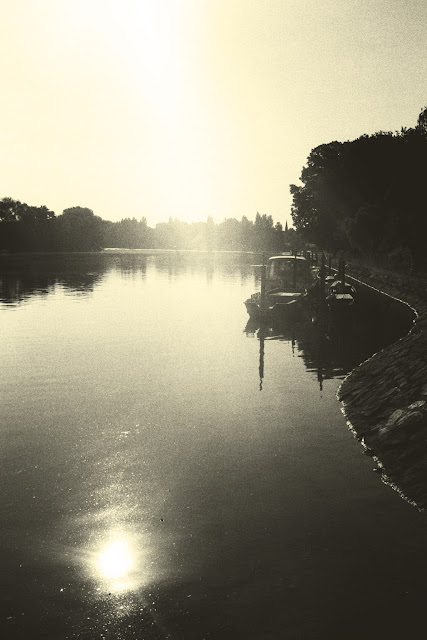 More early morning at the river, complete with reflections and a couple of mallards - and some added warm-up filter: 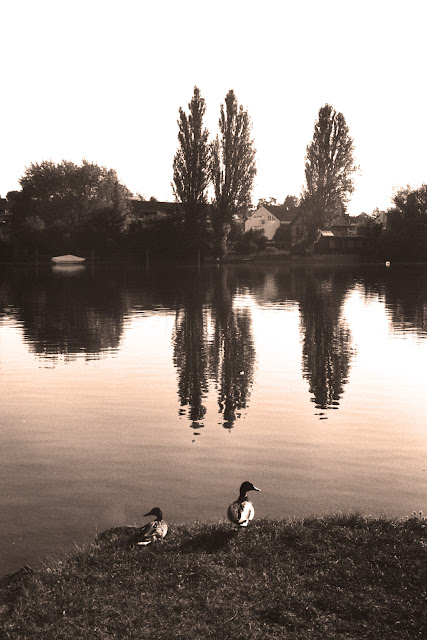 Some clouds in the sky, with a bit of contrast adjustment and orange filter to give it even more drama:


A grey and rainy day in one of the parks in Vienna, using a couple of solid colour layers to give it a cool greenish/blueish tint (and a little bit of sharpening): 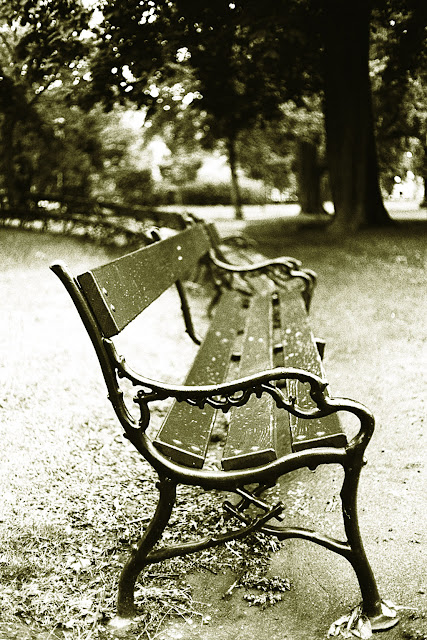 And last but not least, an untreated, SOOC shot of the pavillion in Vienna on the same grey and rainy day. 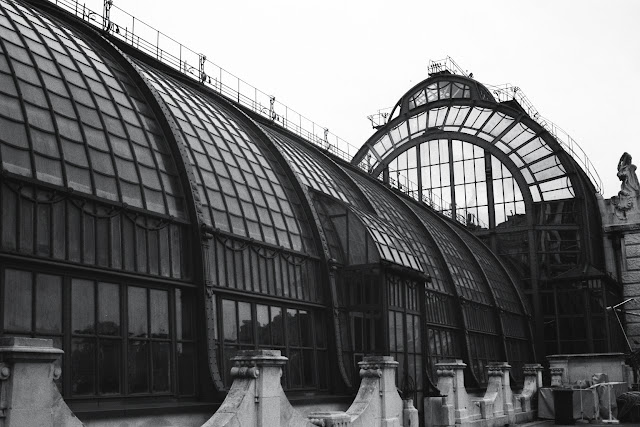 I took another roll for development when I picked up the prints. So now at least I know what to expect, and won't be too disappointed. But it's awfully expensive. Together with the CD, it cost me well over CHF 1.00 per print!! So maybe I should consider doing my own developing sooner or later, if I want to go on shooting with bw film.


I've just decided, while finishing this post, to create a second blog dedicated entirely to black & white. There, I want to explore all aspects of black & white photography, hoping to learn and develop my skills. Have a look if you like: http://www.nordljusinbw.blogspot.com/.
Posted by Nordljus at 09:44