Finished sketchbooks and some daily drawing

I'm a bit in a strange mood at the moment. I get easily annoyed and grumpy, and I just want to get home and have my peace and quiet. The weather isn't helping much either. For the past few weeks, it's been a constant mix of a few days of blazing hot temperatures followed by a few days of cooler weather with lots of rain. Both of which I'm not particularly fond of. I'm not feeling much like blogging, or even switching on my computer in the evening. I just want to watch tv and draw. The drawing bit, at least, is a good thing. And since I got a few pages filled in my sketchbook, I thought I'd might give it a try and put it all into a blog post after all.

I finished my sketchbooks last weekend, glueing on the covers and backs. I decided to restitch the one where I messed up the stitch, as it wasn't as tight as thought after all. I don't like the glueing part at all, but I do like how they turned out. 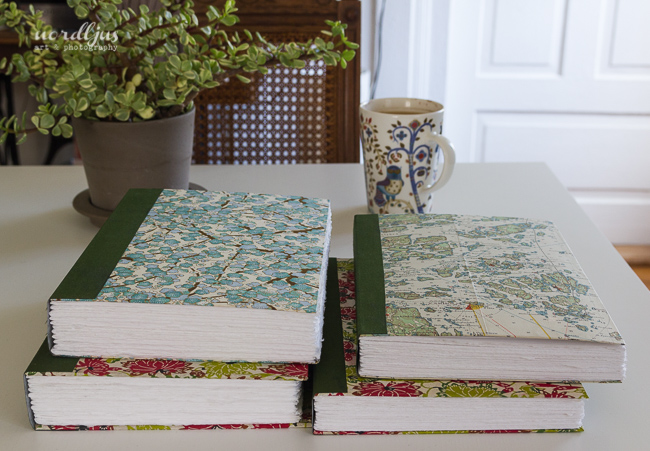 Thanks to the coptic stitch, they lie nice and flat on the table. 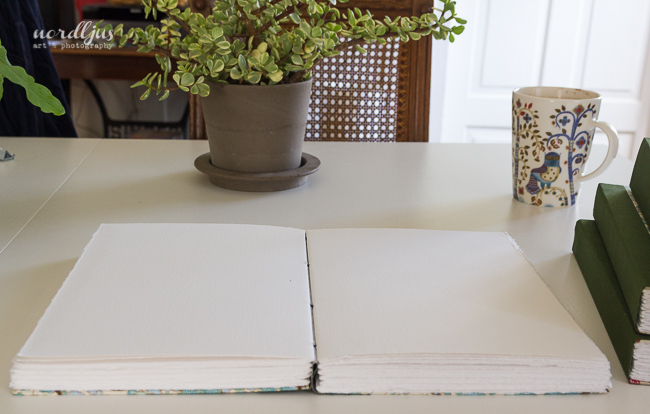 Two of the sketchbooks have 210g/qm paper, and two have 300g/qm, both Fabriano Disegno 5. I haven't used this paper before, but it's a watercolour paper, and not quite as expensive as the Artistico. They didn't have the smooth surface, so these have a bit of a tooth. I'm looking forward to see how it is to paint on it. 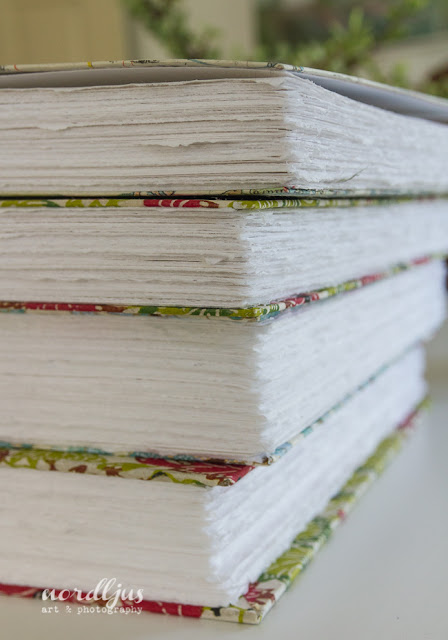 So far, I have only painted the colour charts of the two watercolour boxes I'm using at the moment in one of the sketchbooks. This is the one for which I used an old map for the covers. It's a map of an area in Sweden, and I'm thinking about taking it with me on my trip to Stockholm next month. 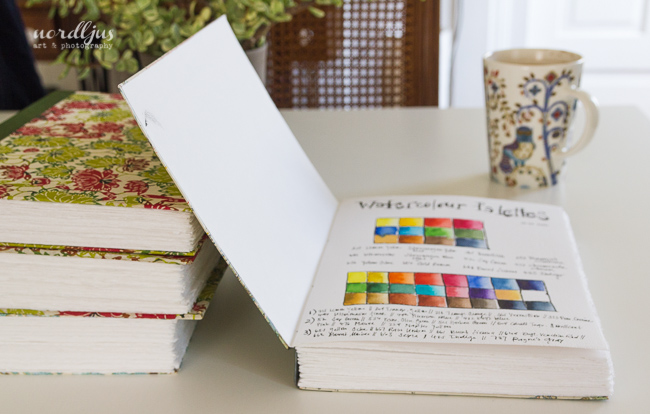 A couple of weeks ago, I made a quick drawing of my tea cup in the morning, and I got so annoyed with how it turned out. Such a simple shape, really, and yet, that oval shape just seems to be the most difficult thing to draw. It looked like a drawing of someone who had just drawn something for the first time in their life. So I decided to draw my tea cup every day for 2 weeks to try and get that shape into my hand. I missed a couple of days, but then on others, I drew more than one, so that's okay. I quite enjoyed drawing the different cups and using different pens, and discovering some tins of tea at the back of the cupboard that I haven't used in ages, like the "Hexenkräuter" (witch's herbs) tea, which is so delicious. The three women I quickly drew from a little table at the window in one of the buildings on the campus, a nice and quiet spot that I've been using a lot in my lunch breaks these past few weeks. 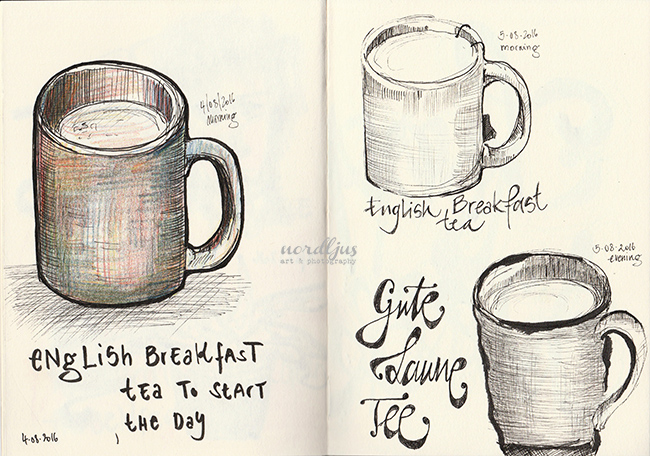 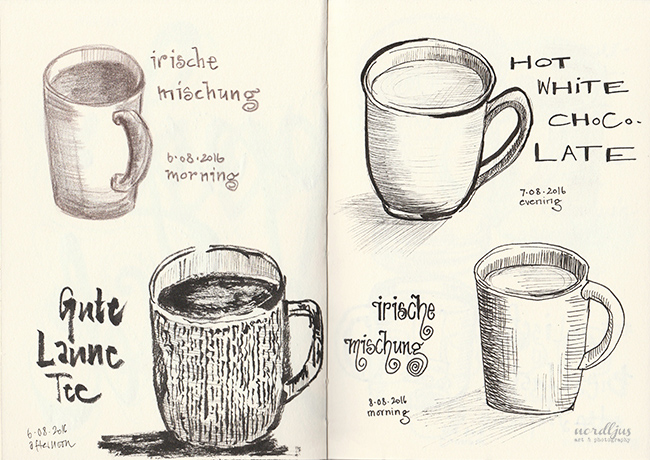 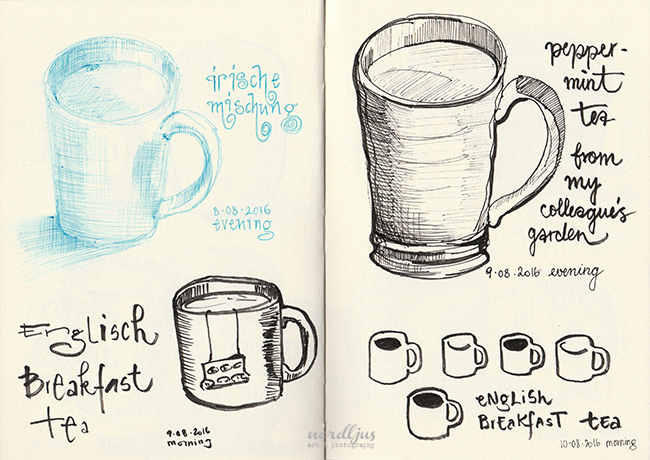 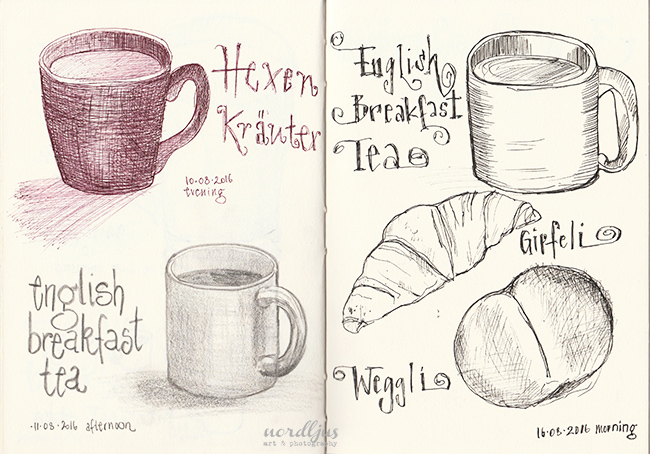 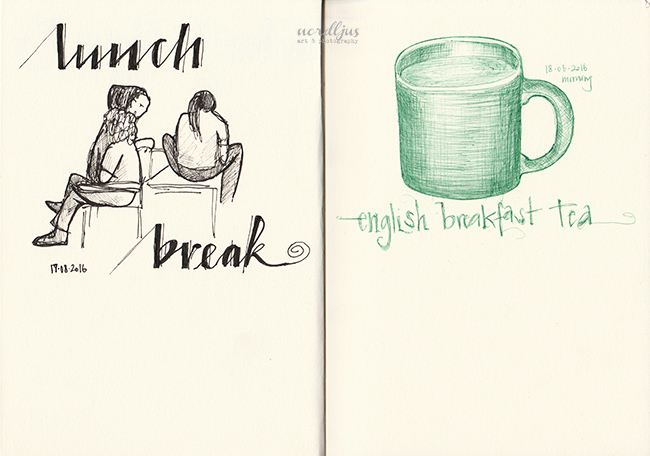 I also started a new Moleskine sketchbook, for lettering practice, and general drawing and doodling, and for all the pens that don't work in my Hahnemühle sketchbook. I meant to add some text to these bananas, but I haven't got round to it yet. But it's maybe a good thing I'm posting it now, as I might mess it up completely. Getting both the lettering AND the spelling right seems quite impossible at the moment. 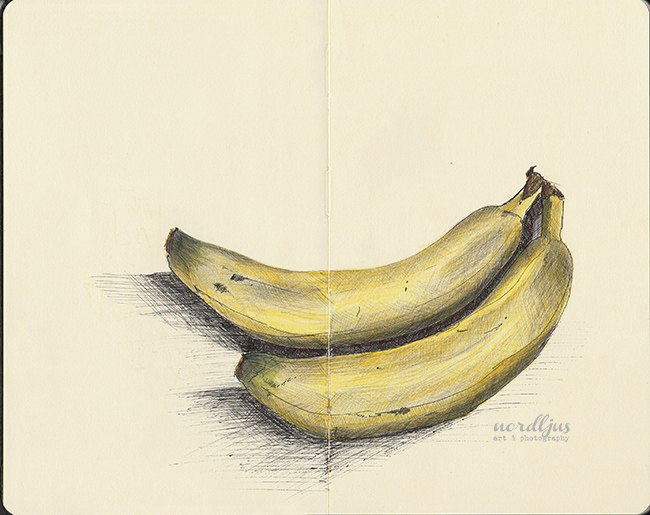 I read this quote, or something like it, a few months back on the façade of a building here in town, and thought it was funny. And it was the only thing I could come up with for the prompt of a daily photography challenge this month. I forgot to post it in that group, actually, and I'm generally not doing a very good job with keeping up with the challenge. But I enjoyed the lettering. And sometimes I do manage to get the spelling right. 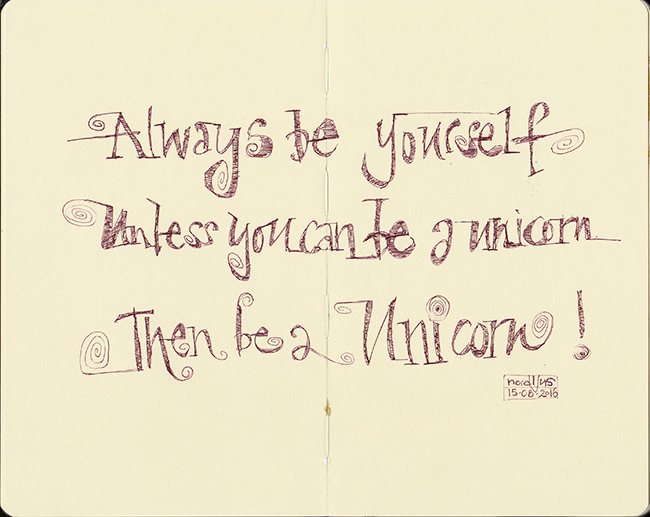 I went to a concert with my Mum last Tuesday. Well, actually, it wasn't a concert but an opera. Carmen. It was a sort of "half opera". It was in the old concert hall in the city, with the orchestra in its usual place in the middle and the choir behind. It did had all the characters too, and they were all dressed in beautiful Spanish costumes (gorgeous swooshy skirts), but it just didn't have the usual opera décor. It was very nice, but of course I had "one of those people" sitting in front of me. I didn't have my sketchbook with me, but I had the page already in my head, so I made sure to memorise the shape of her head, low hairline and very long neck. 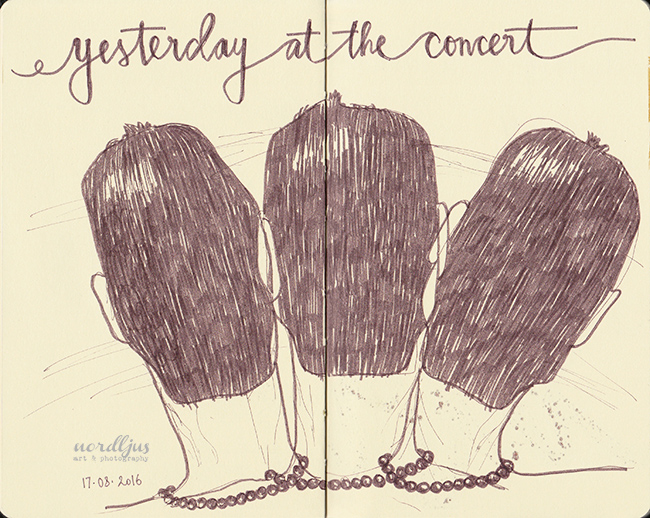 I'm so glad it's Friday, and the weekend ahead. Peace and quiet and lots of time to myself. And at the moment, I'm especially looking forward to Friday evenings, as that means that I get to spend an hour with the Goethals. The Goethals are five sisters in the Belgian tv series The Out-Laws (Clan), one of which is married to Jean-Claude "De Kloot" (The Prick), an exceptionally nasty piece of work, whom the other four sister try to get rid of. He's such an unpleasant man that you just wish every time that their clever plans succeed at last, but he seems to have more lives than the proverbial cat. And then, ad the end of the episode, you are glad, after all, that he did get away yet again, because that means that there'll be another episode next week. It's hilarious, and just the thing you need when you're having a bit of a grumpy phase.

A very happy and cheerful weekend to you! 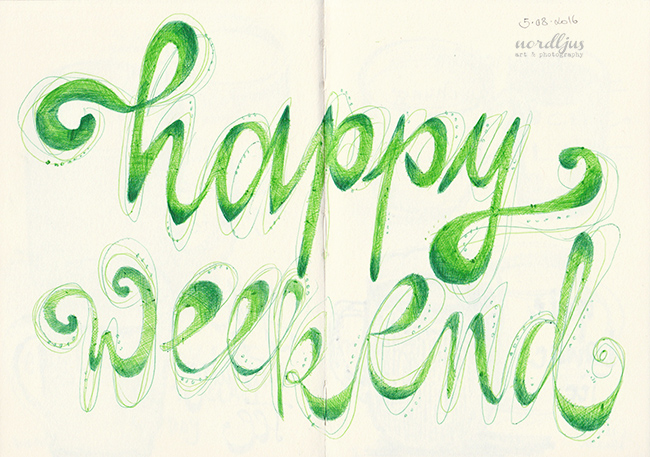