Whathever happened to September gone?? It was only just the end of August, after the summer heat waves I was ready to enjoy the more agreeable temperatures of late summer at the fullest, and here we are, at the beginning of October. September really just whizzed past this year. Apart from the first four days of the months, which I did enjoy to the fullest in mild and sunny Dorset, the rest of the month has been quite uninspiring - proof of which are also the many photos of food and tea this month, the things to take a photo of it there just isn't anything else. 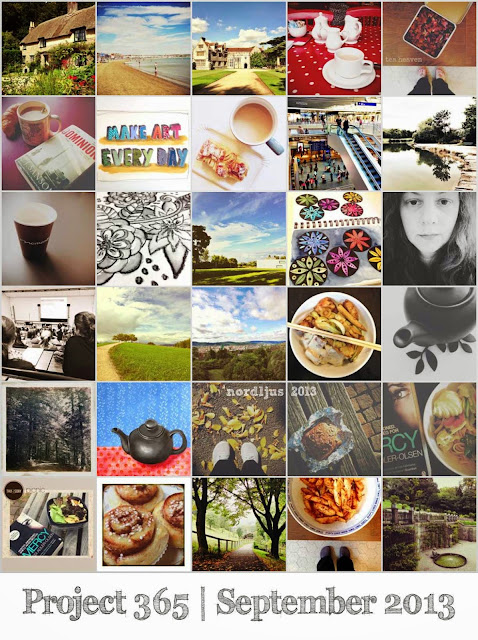 After having "missed" September, I'm now determined to make the most of October and autumn. Let's hope it'll be a nice one.
Posted by Nordljus at 19:52