When I decided that Saturday was going to be a day entirely dedicated to painting, I had something quite different in mind that what I ended up doing. But there was this thing, that had been bugging me for ages. That little box thingy from IKEA, that I'm using as a sofa table. I'd been wanting to paint it for ages. I remembered about it last weekend, but with temperatures well over 30 degrees, it was far too hot. But this weekend was perfect. Dry, sunny, and about 25 degrees. 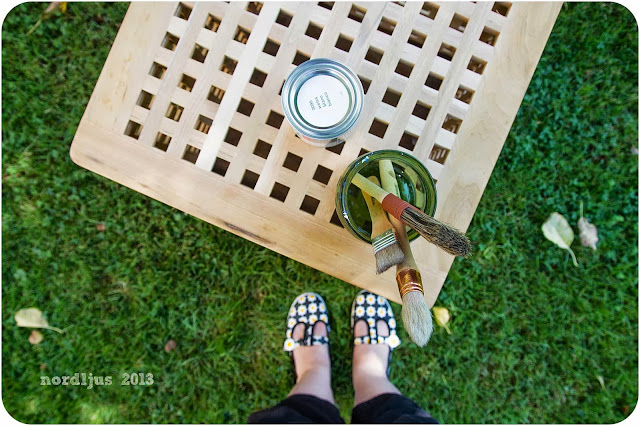 So went to the DIY shop early in the morning to get some paint, and at about 10.30 installed myself in the shade under the old apple tree, and happily started painting away. There was a light breeze, the birds were singing, butterflies were dancing around the lavender bushes, and as I started to apply the first brush strokes of paint, I was thinking about all the things I wanted to do later in the afternoon, when I was done with my little painting job. 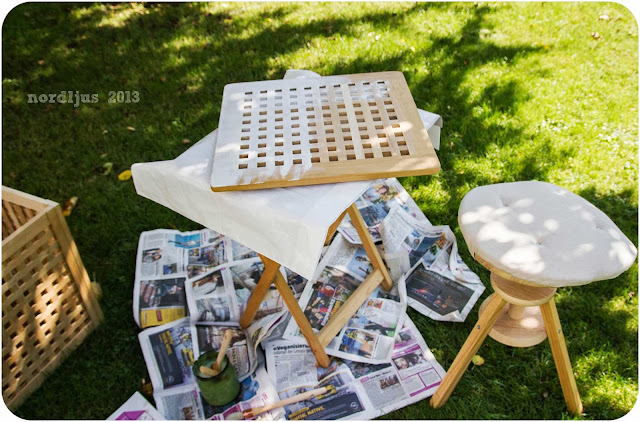 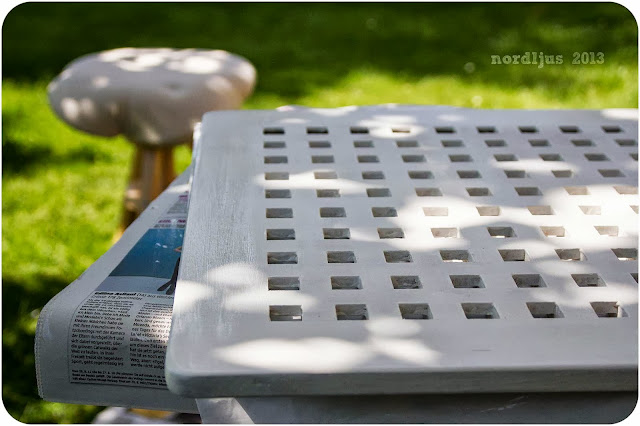 It soon became clear to me that this would take me a lot longer than I had thought. All those holes turned out quite tricky to paint, and very time consuming to do. And because of them, I had to paint the insides too. 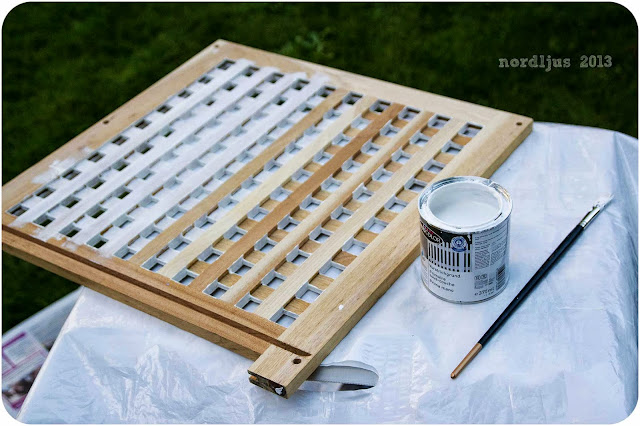 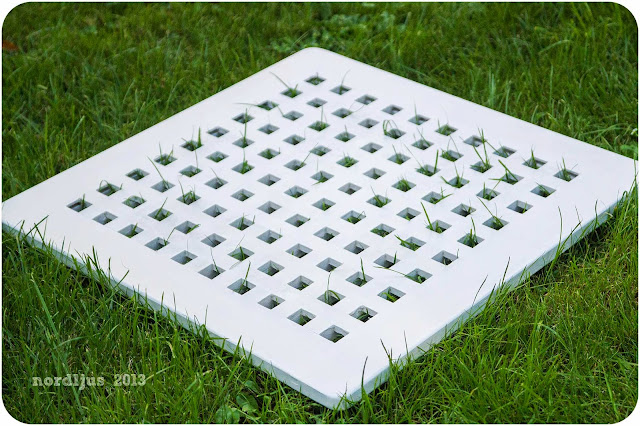 Four more to go... And this was actually only the first layer, a special primer for wood, to avoid warping.

By the time I was finished with all five pieces, it was half past five in the evening. At least the primer dried within minutes, so, after carrying everything back inside and taking a short break, I could spend the rest of the evening applying a second coat of white paint. This time, I didn't bother about all the holes anymore but applied the paint only on the outer surfaces. Just don't look too closely, and it all looks quite alright. On Sunday morning I applied a last varnishing coat to protect the surface. Again only on the outer surfaces. 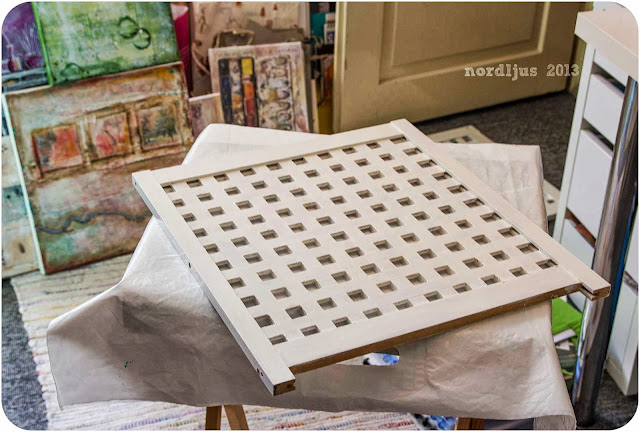 I must admit that had I known how long this was going to take, I would probably never have started in the first place. But I'm quite glad I didn't know, because the white looks sooo much better. I really love my little new old table thingy. 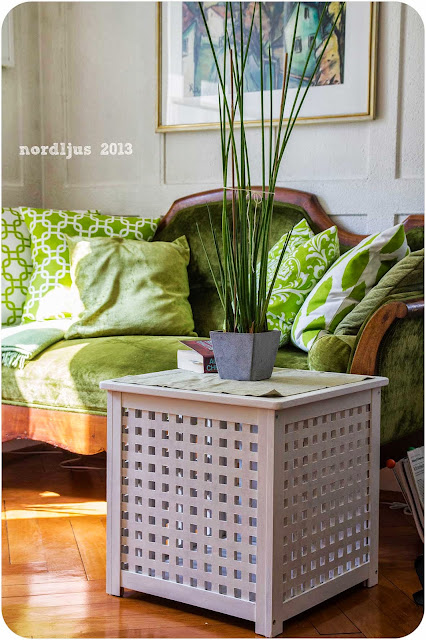 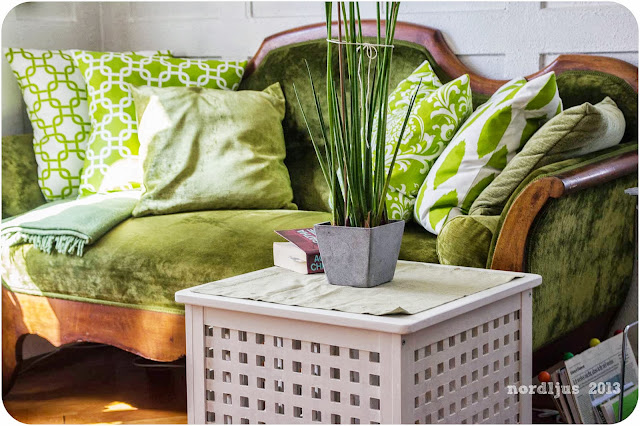