Can't believe the first quarter of the year is already over! Well, March has been quite a mad month, in many ways. It started with a new TrainSketches journal, and a long weekend in beautiful but very foggy Dorset. Spring hasn't made much of an appearance, instead it was cold and snow, snow and snow again. It seems that winter is not going to end this year. The end of the month brought some unexpected change too, which means that after the next quarter of the year, I'll have more free time to paint, create and photograph. But more of that later. For now, here's my March 2013 in pictures: 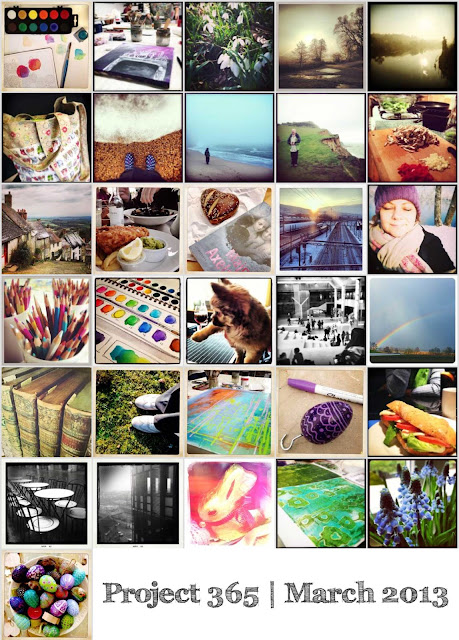 I used the collage/calendar month of one of my Project 365 apps this time for my collage, but although this is supposed high resolution, I'm not at all happy with the result. So I'll probably be back to making my own collages in Photoshop Elements again next month, even though it is rather time consuming. But for the moment, this will have to do. And now we'll see what April will bring.
Posted by Nordljus at 14:00