Capturing the different stages of a painting

It starts with a sketch, and at the beginning, one does not always know how a painting, a journal page, will turn out at the end. The process, the evolution is part of the fun. I had a rough idea of what I wanted to do. A portrait in grey tones, with only a little touch of colour. 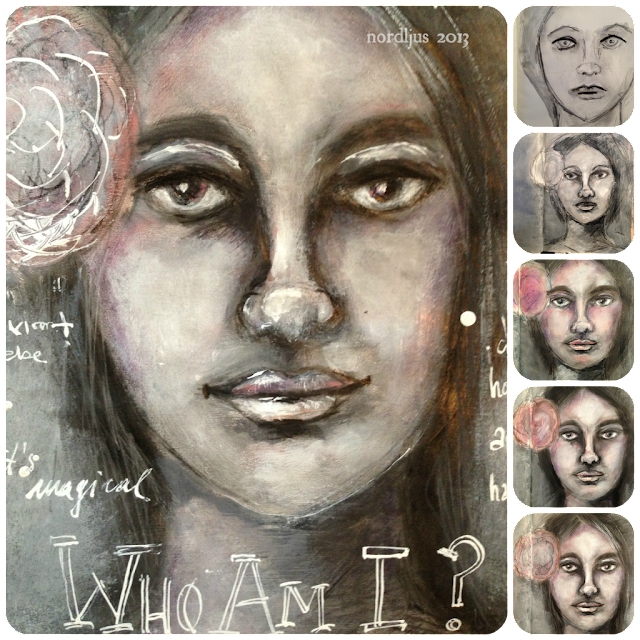 Somehow, it still always surprises me how a painting evolves and changes with every stage. And I like to capture the different stages on camera. It's good to look back and see what certain changes will do to the picture, where one went wrong, where one maybe should have left it. It may also give inspiration for another picture. I quite like the sketchy stage, where I first added some colours (left row, middle) and I'd like to do another one like it. But probably the most useful lesson of seeing the different stages is that it's always worth going on working on it, even if there are moments, when you're so frustrated that you just want to throw it out of the window. Just keep going. Until you're happy with it. It's worth it. (Most of the time, anyway).
Posted by Nordljus at 17:16