This time last year, I set myself a whole lot of painting/drawing and photography challenges. Some of them were with online groups, some of them just for myself. I'm afraid I didn't complete one single one of them, and there are one or two I never even got started with in the first place. So this year, I decided not to set myself any challenges at all. That doesn't mean that there aren't a few things I want to do more often and regularly, such as to sketch every day, but I'm not putting myself under the same pressure again.


And then, on the first of January, I decided to set myself a challenge, after all. And a 365 days one on top of that. I'm going to take a picture on each day of the year. With my iPhone. There are so many cool apps both for taking and editing photos, and it's so quick and easy, that I'm quite positive that I'll be able to finish this one. Actually, I'm enjoying it so much that it doesn't even feel like a real challenge at all, at least not at the moment. I know I wouldn't be able to do it with my proper camera and Photoshop, though.

These are the first nine photos of this year, still have to decide what today's photo is going to be. 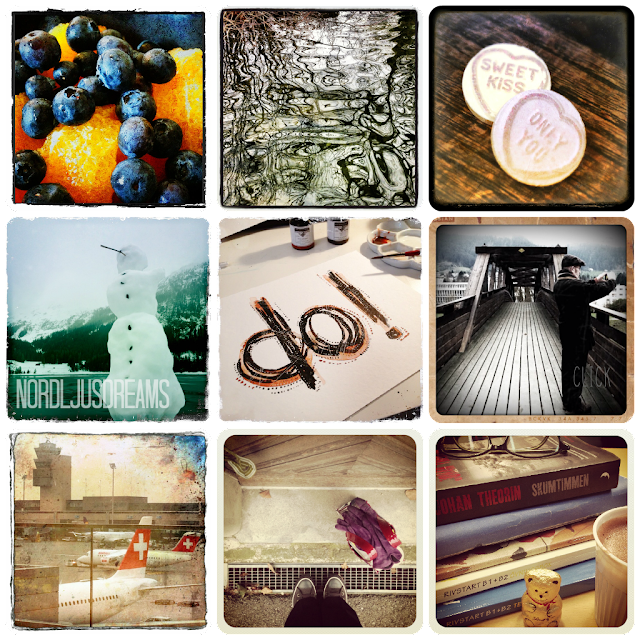 And the day before yesterday, I found myself entering a second challenge. I'm calling it a 'mini challenge', because I'm not setting myself any rules at all as to how often and for how long I'm going to do this. It's a little From Where I Stand series (inspired by the Instagram pictures by Holly Clark, aka soupatraveler, who's also the founder of the FWIS Flickr group, I think, and who also writes posts on the inspiring Mortal Muses blog). I don't know when or where it started, but there's a Flickr group, and there are also people posting FWIS photos on Instagram (tagged #fromwhereistand). The idea, according to the Flickr group, is to "stop, take a look around, look straight down and record that special moment in time". And you have to capture your feet in it. I'm not sure if I'm going to take one every day, and some of them will also be my photo for the 365 project, but I just like the idea of pausing for a moment and capturing it. 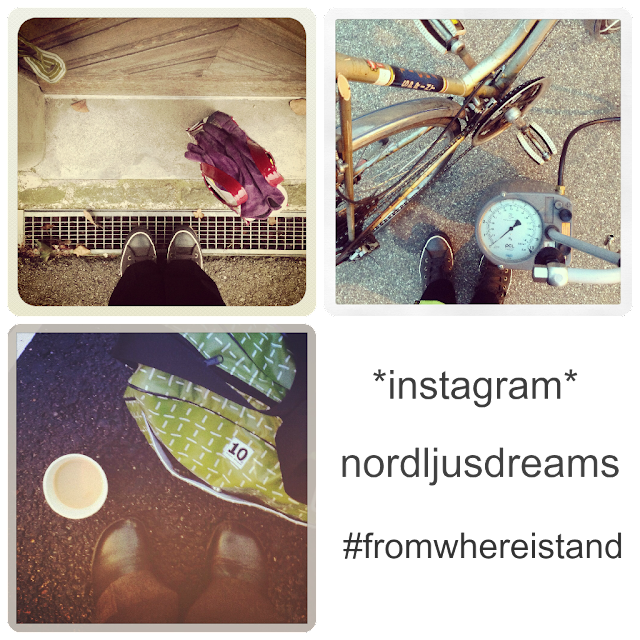 I'm trying out four different apps for my 365 photo project at the moment, to see which one suits me best (that's the problem with those apps, there are always too many...). The ones I'm currently using are:


My365 - A similar app as Instagram, where you share your photos within a community and where you can comment, and connect with others. There's a calendar page for each month with your own photos, and a feed which shows your own photos as well as those of who you follow. You can add a title, and a comment of your own. There were some difficulties with the calendar, and it's sometimes very slow in updating comments etc. Also, it's a Japanese app, and most of the infos/news concerning the app are in Japanese only. The fun side is the community aspect.


InstaCC - Not really a one-photo-a-day-project app, but rather an Instagram related app which organises all your Instagram photos into a calendar. Which, I think, is rather neat.


Project 365 - A very basic app that provides just a calendar page for each month to which you can add your photo. There's no text option.


Photo 365 - A calendar page for each month to which you can add your photos and write a short text.


I'm probably going to drop the Project 365 app, because it is a bit too basic for my liking. Boring, really. Photo 365 is the better alternative, in my opinion, because it allows you to make notes as well. You can share your photos via Facebook etc., if you want, but you don't have to. Personally, I prefer to use it just for myself. I'm also going to go on using My365, at least for a while, even though I'm not really so much interested in yet another community app. Instagram is quite enough for me. I'm also keeping the InstaCC app, because I like to see all the Instagram photos for each day, and you don't have to do anything. It adds all the photos to the calendar automatically.


Are you doing a Photo A Day challenge for 2013? Or any other challenge?
Posted by Nordljus at 16:43