Back home again after a great 2 1/2 week's holiday in England, where, with the Queen's jubilee earlier this year, and the Olympic games later this month, virtually everything is blue, red and white. 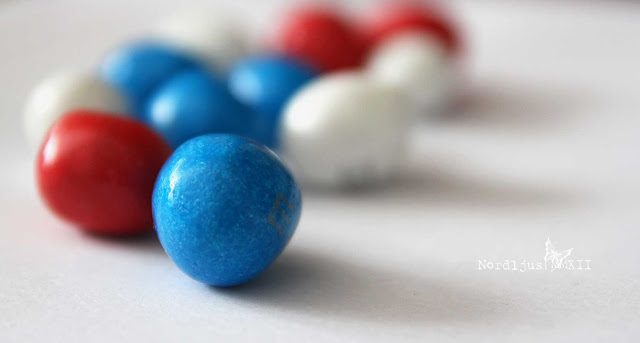 I had taken some water soluble coloured pencils with me to work in my storyboard sketchbook, but I wasn't happy with the pencils, so instead I went to my  favourite art shops in London and bought some paints, stains, inks, stamps... and started a new sketchbook/art journal. Staying in a student hall room without telly for the first 10 days, I happily spent some of my evenings collaging and painting away. With all the Union Jacks, or Union Flags (as it is usually called Union Jack only when at sea, although there seems to be some debate about the whole name business), and with having just purchased some red, white and blue paints, a Union Jack/Flag naturally had to go into my sketchbook. 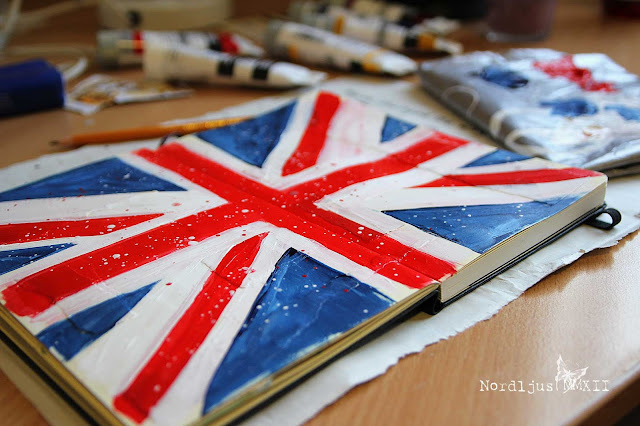 I had the paints, a couple of brushes, and a water glas, but I hadn't really thought about a palette to mix my colours. A simple plastic carrier bag worked perfect as substitute palette. 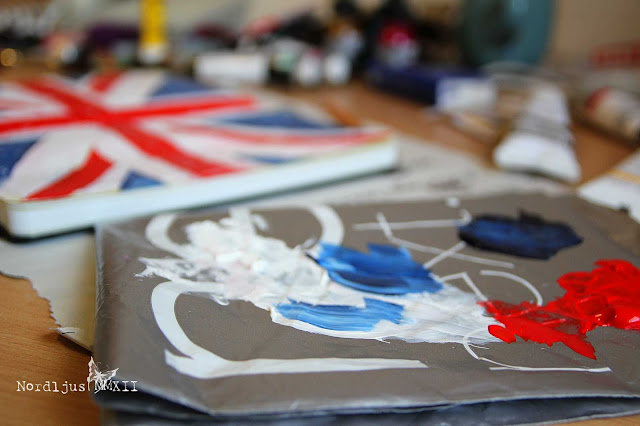 I found some Liquitex soft body paints in one (and only that one) of the art shops in London. I really like them, they're perfectly smooth and creamy, but not too soft and runny. I just wish I could have bought more of them, as I haven't seen them anywhere here in Switzerland. But there's a limit to how many tubes of paint you can squeeze into a suitcase. 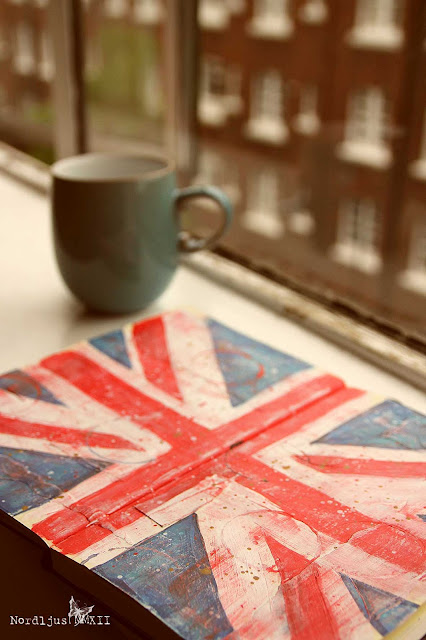