A trip to the north

I've spent 10 days in the beautiful city of Hamburg last week. It was my first time up there in the northern part of Germany. Have you ever been there? It's totally worth a visit, and definitely not my last time up there! I spent four of the 10 days there at a conference, but still had enough time to explore the city and even take a couple of day trips outside the city. Of course, being so close to the coast, I just had to see the sea. There was just one question: North or Baltic Sea? 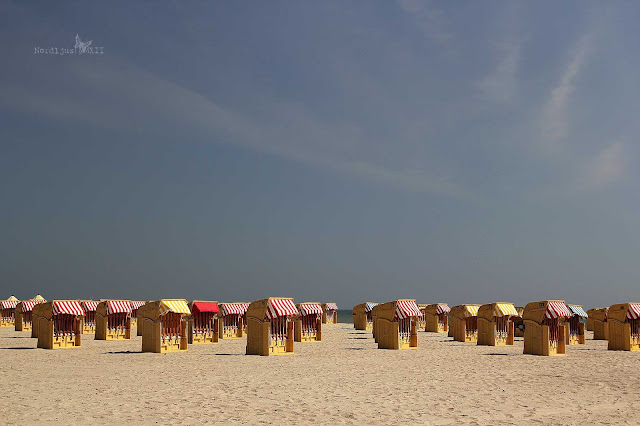 The Baltic Sea was closer and more convenient, so the Baltic Sea it was. I took the train to the little town of Travemünde, and, when I arrived there, was overjoyed to see a whole big sandy beach full of Strandkörbe ("beach baskets"). Those Strandkörbe are typical of North Germany's North and Baltich Sea beaches, and while I had seen a Strandkorb as such before, I had never seen one actually standing on a beach. I don't know how many photos I took of them. They just made me happy :). 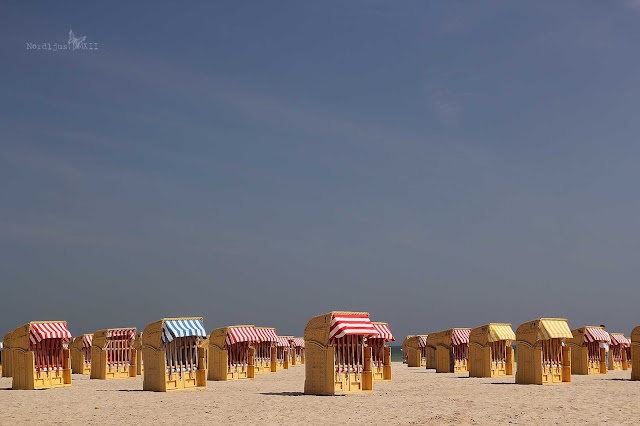 Of course I didn't just take photos of Strandkörbe, but I just wanted to quickly share these with you. It's a busy week, my suitcase is still waiting to get unpacked, and I will need a little bit more time until I'm fully back, and present in blog world. 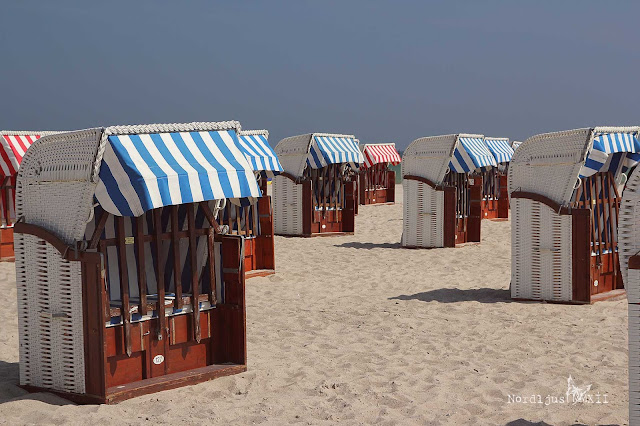 I was glad to see that my blog post scheduling worked perfectly last week, and that my two posts were published as intended. But I must admit that I didn't really think about the fact that it all gets a bit onesided, especially as I didn't have any internet access. So I'll have a bit of catching up to do. I'm really looking forward to visit everyone's blogs. I'll just need a bit of time. But I'm back. And it feels good :)
Posted by Nordljus at 10:07