A little bit of orange

I started working on a little painting on Monday, the last day of my Christmas break.  A new painting, the first in the new year ("new" is the January theme for both the Creative Every Day Challenge and Focus52, which I signed up for in order to try and keep up the creative habit more regularly. I hope to incorporate the themes a bit more creatively in the future...). I wanted to incorporate some orange, start working with that colour, as it is the colour for January in the Creative Colour Challenge (more about this, and my other projects/challenges for this year, later). I love textures and structure, building it up layer after layer on the canvas. 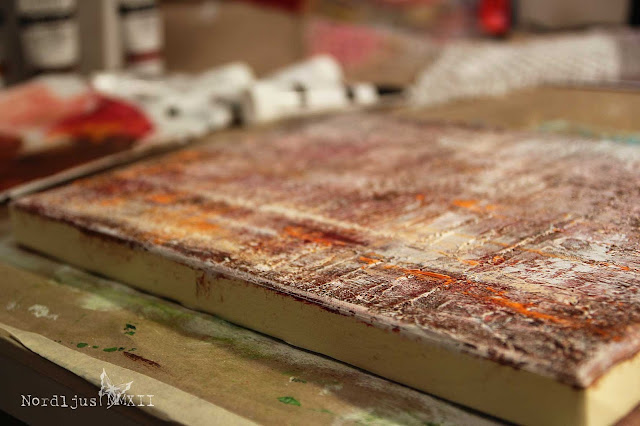 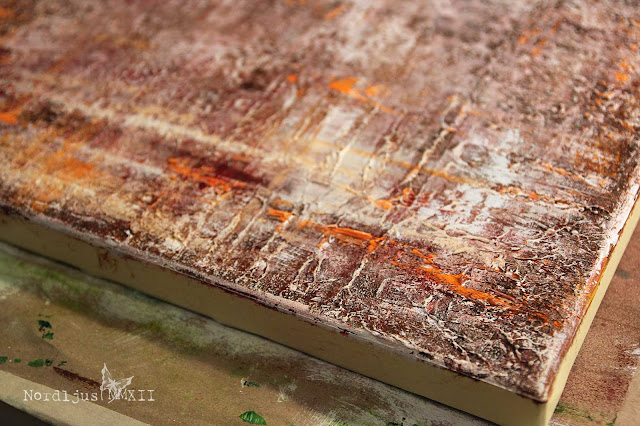 I quite like how it turned out so far. If it was a lager canvas, I might even be tempted to just leave it like this. But it's only a 24x30cm canvas, so the effect isn't quite the sames. And I have an idea in mind that I'd like to try out. Something keeping with the orange theme. 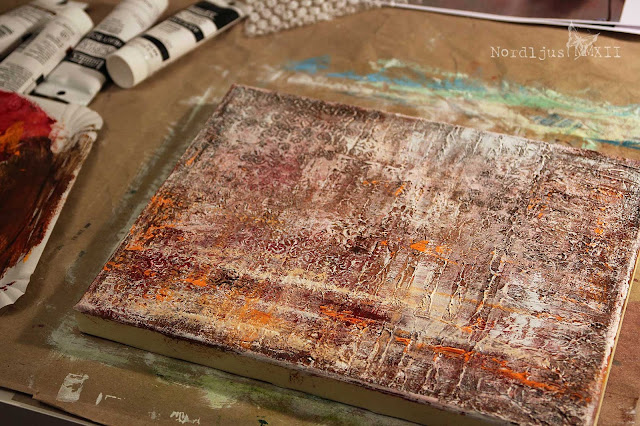 So this is only the background. And it's ready to be painted on to. But before I go on adding my little idea, I first have to do some sketches and exercises in my sketchbook. Try the idea out to get it right when adding it on to the canvas. 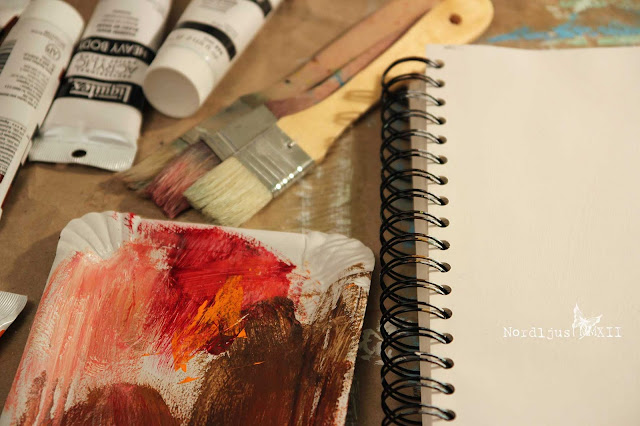 But first, I think I'll have a little tea break, if you don't mind. After all, there's no hurry :) 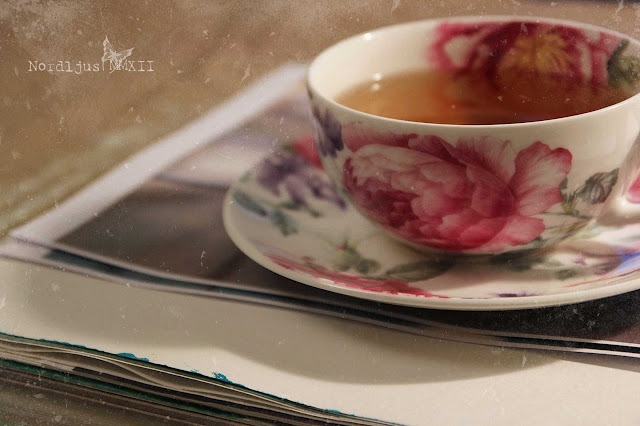