All set for the journey

At the end of last year I came across the idea to pick a certain word for the new year, as a sort of guideline to focus on. I liked the idea a lot, and also signed up for the One Little World class. The class wasn't really successful for me, for various reasons, but that was okay, because I found so much inspiration (my word for 2011) everywhere, and I was getting back into the habit of being creative, painting a lot again, beginning to draw and sketch more, and even learning a whole range of new skills and techniques. I was embracing my word fully. 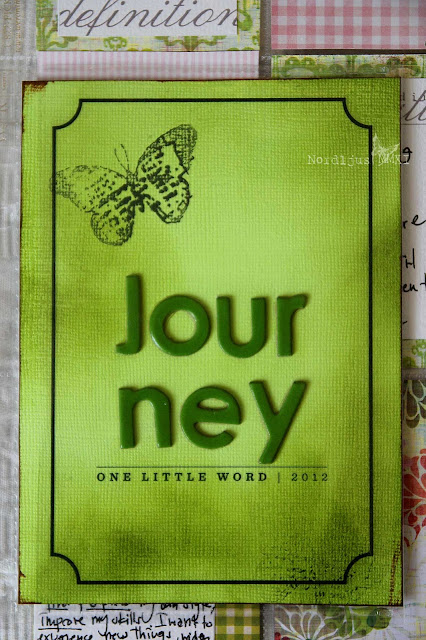 During the last few weeks of the old year, I've been thinking a lot about a new word for 2012. I made a list of possible words, and although all really appealed to me, none was screaming out to me. Then I read something in a book, and suddenly, I had my word: journey. It seemed perfect because it includes so many of the words I had written down. It's all about change, progress, a little bit of adventure thrown in, being open to new things, growth, forward, action, experience, development, discovery, etc. It's about being in a different place (literally and/or metaphorically) at the end of the journey, in some way or other. 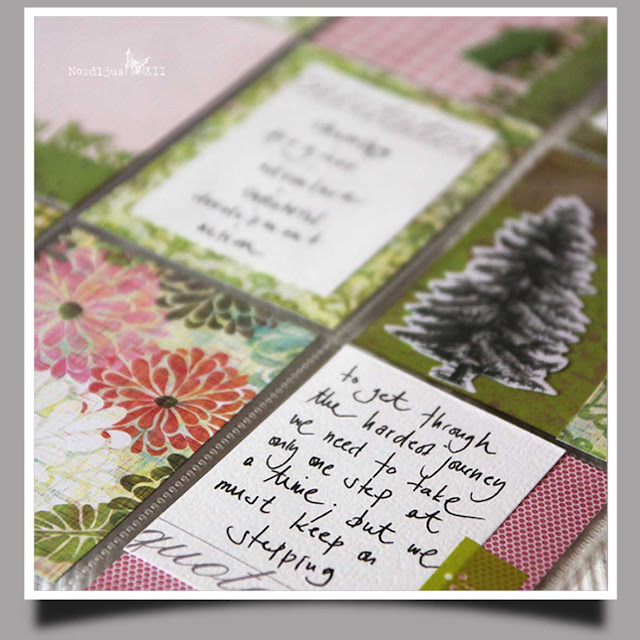 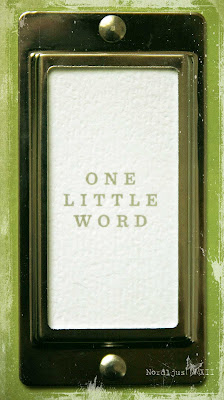 I've also decided to sign up for the One Little Word class again. I'd really like to focus more consciously on my word this year. Last year's inspiration had a more passive quality. Letting things happen, follow the flow. It was a year of searching. This year's journey is more active. It's about doing things, making them happen, focusing on and working with them. I don't know how far I'll come with the class this year, but at the end, it doesn't really matter, as long as I make 2012 a journey of some kind, and finding myself in a different, better place at the end of it, in whatever way that might be.

The journey will not be going straight all the time, I'm sure. There'll probably be obstacles, diversions, detours, straying, many steps backwards, bends, twists and deadends, stages of draught and crossroads. But I'm sure there'll also be progress, smooth parts, many steps forward, short cuts, places to rest and revive, and stages of plenty and anbundance. And I'm sure the inspiration I found during the course of the last year will accompany me, such as the wonderful song of Darrell Scott, which I first heard in one of the inspiring classes I took, and which fits quite well.
Posted by Nordljus at 16:00

Email ThisBlogThis!Share to TwitterShare to FacebookShare to Pinterest
Labels: one little word