I wouldn't part with my beloved red and green wardrobe dating from 1737, even though it's rather impractical as it is really far too small. Inside it all's more or less under control. It's outside where the real chaos is, with all the piles of clothes, and other stuff you'd usually keep in a wardrobe, that don't fit in lying around. 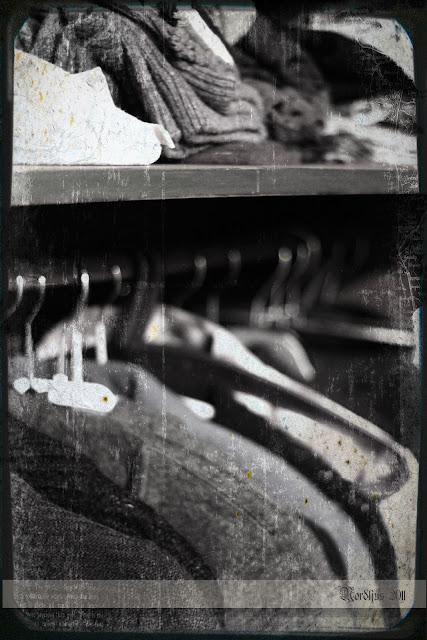 But it is so beautiful and has so much history and character that a new, modern, big wardrobe simply isn't an option. Just the lock is a piece of art and craftsmanship in itself and I'm so happy that in all the time the wardrobe was in use, the original never got lost. 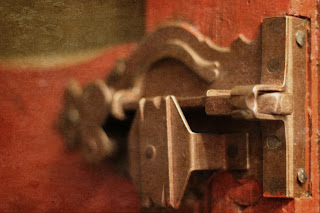 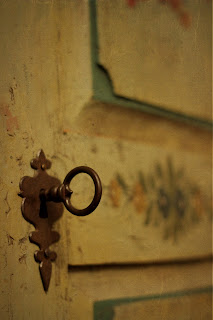 Another glimpse into my wardrobe. I do wear black and grey most of the time. But there's some colour as well :-)

This picture reminds me of a book I read the year before last. I decided to read a modern book for a change and to read one from the Booker Prize Shortlist. I picked The Clothes On Their Backs by Linda Grant, admittedly mostly because I liked the cover, but I really enjoyed it a lot. 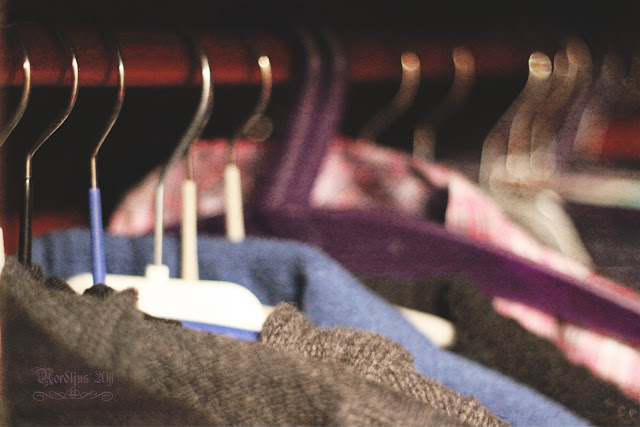 Texture by Kim Klassen and borealnz
Posted by Nordljus at 22:12