The second week hasn't been quite as productive as last week, although it started well. Evenings after work are definitely a bit of struggle sometimes, especially towards the end of the week. But I'm so glad this challenge is encouraging me to take time to paint. Even if it doesn't turn out as you wanted. On Friday, I tried something different. And it was an Epic Fail. I tried it twice. And both - an absolute and total disaster. So much so, that I even considered glueing together the two pages to make it disappear. Now, it just makes me laugh. For the moment, I'm going to leave it, and hopefully, one day I can look back and see the progress I've made. Or maybe I'll eventually gesso over it, and draw something else. 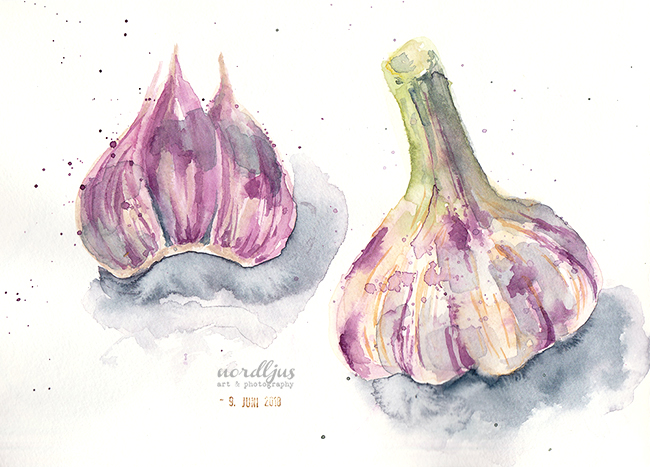 I didn't have the energy to do another painting, so I had to make up for it on Saturday. I went back to the fridge ad its content, sketching the ingredients for my lunch before they became a mushroom pasta sauce. I deliberately bought the fresh garlic, because it is so much prettier, with all it's purples and greens.

I meant to have one of these bananas for breakfast on Sunday, but it took me too long to sketch them so I had to go without breakfast. The sacrifices we make for our art... 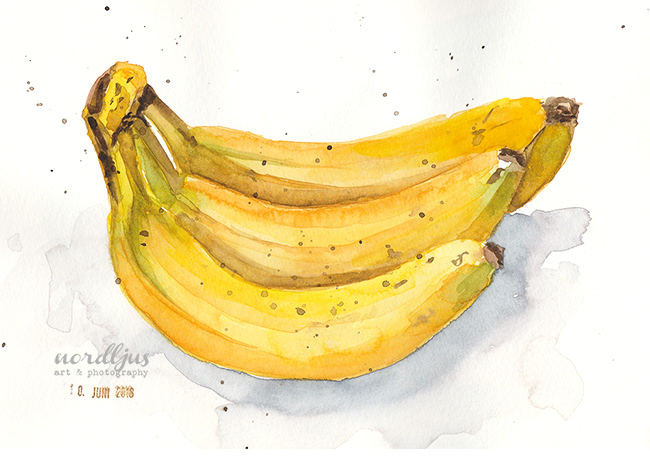 I also had these delicious cherries, which needed to be eaten, so I made another one for Sunday. Apparently, this year is a good year for cherries. 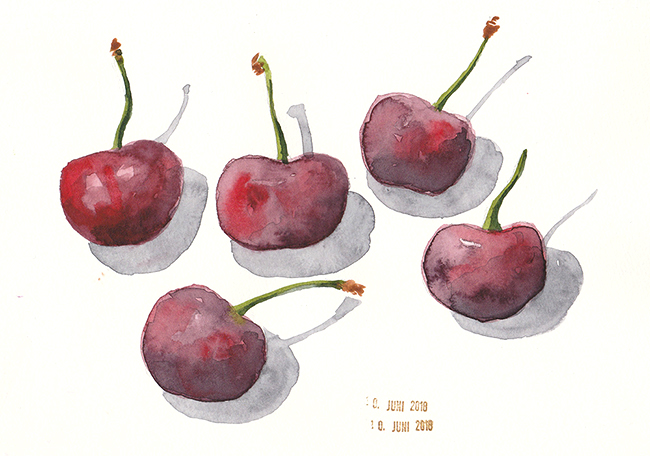 With all the fruits and veggies gone, or already sketched, I tried something different again on Monday. A couple of stoneware bottles I have in my studio, which have been waiting forever to be drawn and painted. 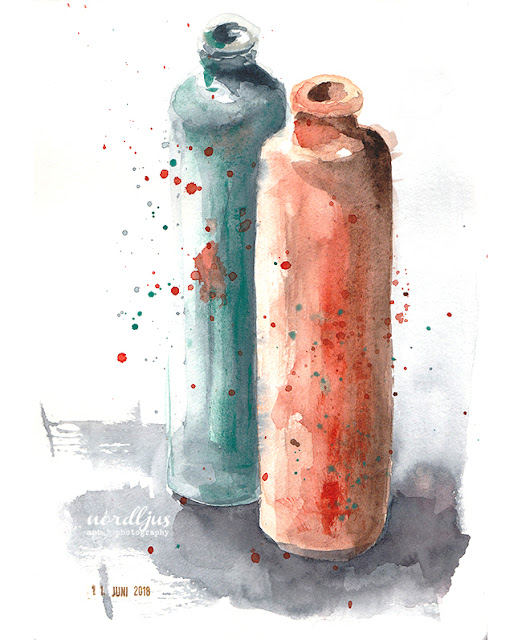 And that's all I've got to show for the second week. I did a sketch on Tuesday, but still haven't scanned it. And for the last two days, I have been so tired and my neck and shoulders are so stiff and painful, that I just didn't feel like sketching. Last night, I had a hot bath and an early night instead. The weather we're having at the moment, humid, hot, cold, sun, rain... is just the perfect weather to catch a chill, if you aren't careful. Hopefully I'll make up for the days I've missed at the weekend, and have more energy again next week.
Posted by Nordljus at 09:38