This post is long overdue, the end of November is already in sight! I must admit that the air went out completely for the last couple of days of Inktober. But I wanted to fill this sketchbook, and in the end I did. Here's the last two drawings. 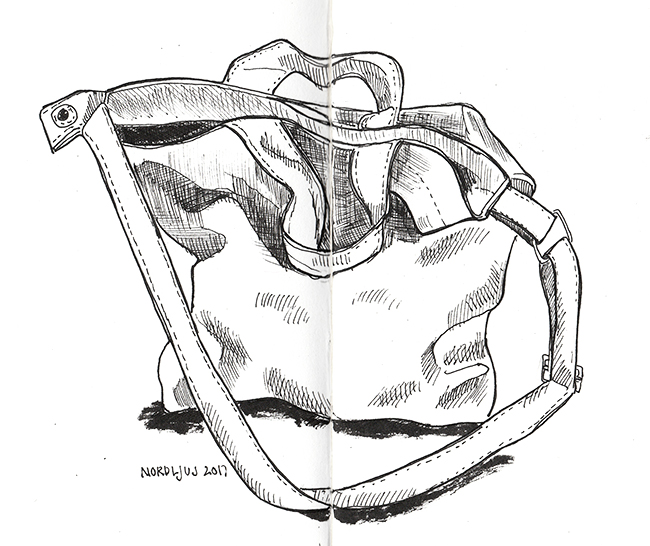 I enjoyed drawing every day. Well, most of the time. It can be difficult to fit in time for drawing during the week when you have a day job. I am constantly trying to do some drawing in my lunch breaks, and while I think it's a lot better to draw for only five minutes a day than not at all, I also find drawing for only five minutes a bit frustrating at times. I'd prefer to spend a bit more time on drawing. 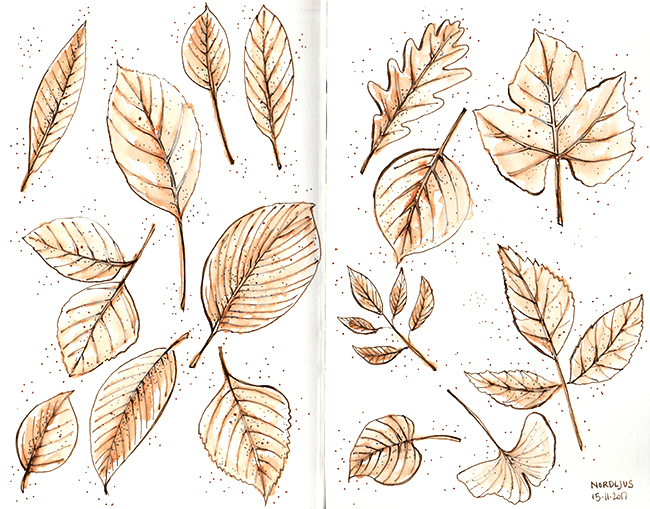 During Inktober, I planned my evenings to fit in an hour or so of drawing. That is a habit I really wish to take away from this challenge, even though I have already sorely neglected it this month...
What I can definitely do without, though, is having to scan, edit and post the drawing every day. When everything worked out and the drawing turned out alright, it was fine. But when it didn't, it became stressful. There have been days when I spent more than an hour altogether on one drawing that just didn't work out only to then make a five minute one afterwards to post.

What I really liked about the challenge was the focus on a particular medium. It made me try out all kinds of different inks and nibs, and I really enjoyed drawing with dip pens. I got my old nibs and inks out, and bought some new ones too. 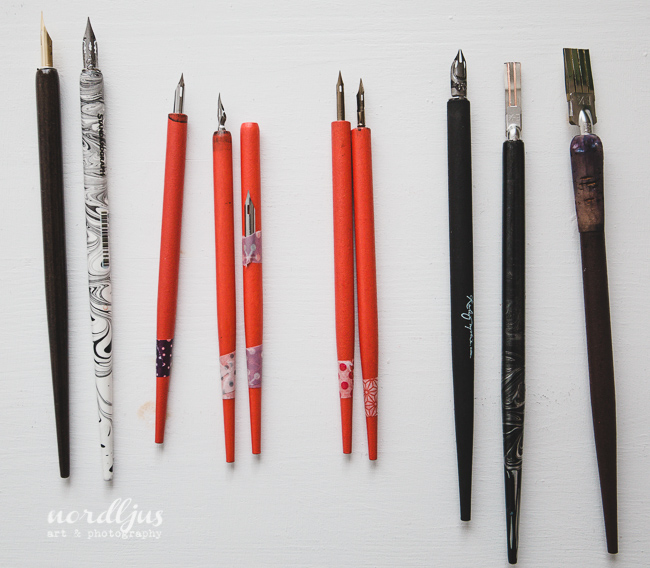 My favourite inks are the Rohrer & Klingner Ausziehtusche (Drawing ink). I especially like the bistre. The Zeichentusche (Calligraphy ink) is nice too, and comes in a great variety of colours. All of them are water proof.
Sennelier inks are lovely too. Their India ink, or China ink, as it's called, is a nice deep black. The colour ones have a glossy sheen if applied thicker.  There's some very nice shades of browns, including bistre and burnt sienna, which are very different from the R&K shades of the same name.
I like the Winsor & Newton India ink, but I'm not a great fan of their coloured ones, to be honest. I only bought the two browns, peat brown and nut brown, and I have to say, I can't really see the difference. Maybe as a wash, but certainly not in a line. I used them with a paint brush as a wash, and it didn't really work that well either. For me, they are just too transparent. 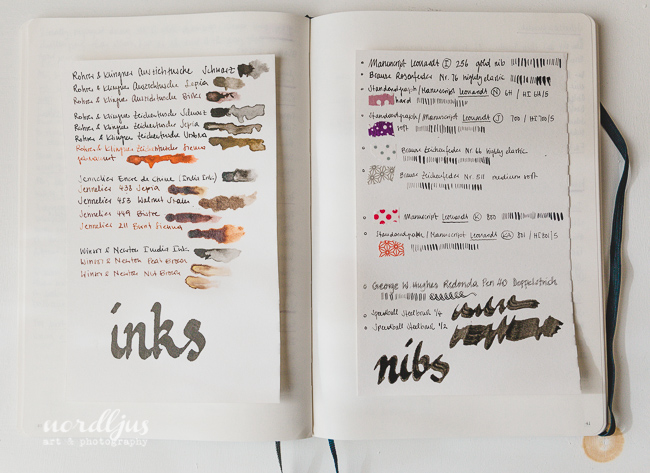 There are so many nibs that it can get a bit confusing. Even more so to identify them (a magnifying glass is very helpful here!) and remember which one's which once you put them in a pen holder. I looked for both drawing and mapping nibs, and I discovered that although some seem to be from different manufacturers, they are actually the same. The 'Manuscript' nibs I bought in England turned out to be the same as the 'Standardgraph' nibs I got here in Switzerland - they are both 'Leonardt' nibs.

To make things easier, I made two reference sheets, one for inks and one for nibs, which I glued into my studio journal. While there's a great variety of beautiful pen holders for the larger nibs, unfortunately for the smaller ones, there seems to be only one - a simple red wooden one. As many of the drawing nibs are the smaller ones, you quickly end up with a whole bunch of almost identical looking pens. I used Washi tape to distinguish them so that from now on, I know exactly which nib is which. Hopefully, this will help me use them a lot more from now on. 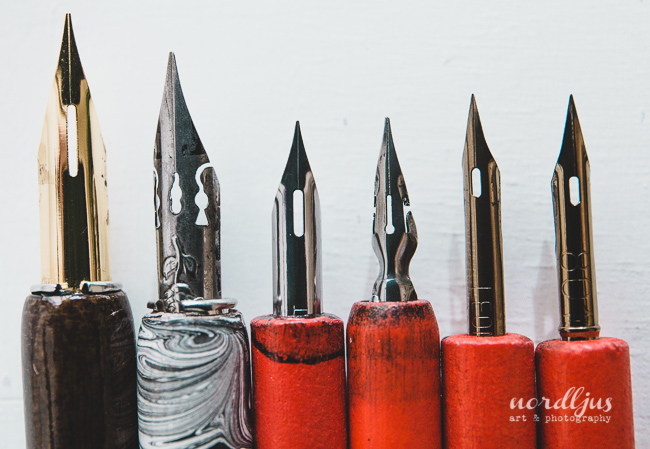 I also went through all the nibs I already had at home, tried each and every one out and threw away the ones that didn't work form me. Among the keepers are these specialty nibs: the George W. Hughes Redonda pen that gives a double line, and the two Speedball Steelbrush nibs that are great for lettering. 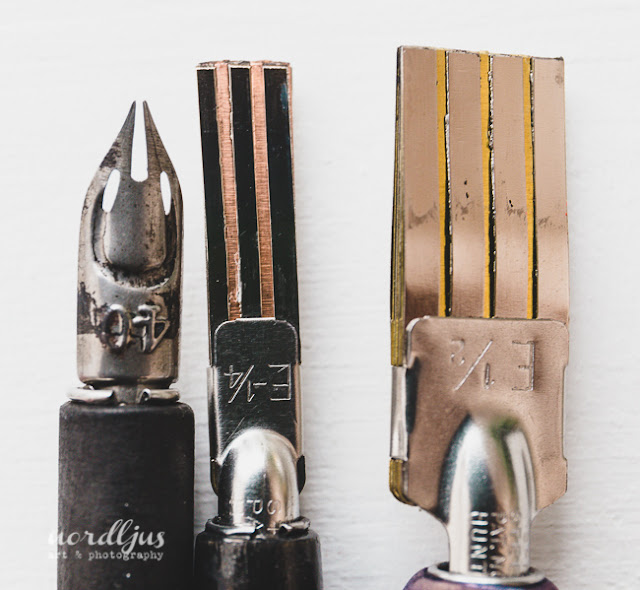