This is my big blue teapot. It really is quite a big pot, and I haven't used in about 15 years. I bought it when I spent a year studying in Stockholm. Me and my friends used to spend a lot of evenings together, and whenever we met up in my room, I used this pot to make tea for us. So it has huge sentimental value, and that's why I've been hanging on to it. For 15 years. But I never use it, and I've been doing a lot of clearing out in my home, and I've decided that it's time to let it go. But before it goes to the second hand shop, I'm drawing and painting it with different mediums, so I'll still always have it with me, in my sketchbooks. The first one was done in oils. I intended to work some more on it once this first layer was dry, but now I think I'll leave it like this, as a sketch. 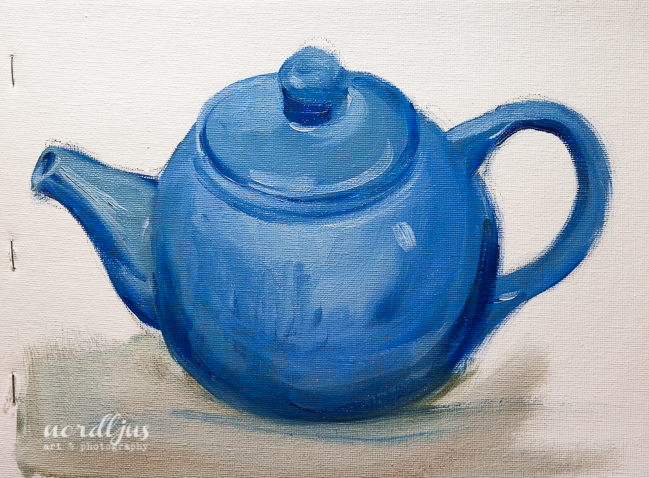 For the second one I used coloured pencils, in my Hahnemühle D&S sketchbook that I just finished. It has great paper for dry medium, and I enjoyed working in it, trying out different mediums. But I have to admit I did miss being able to use watercolours. 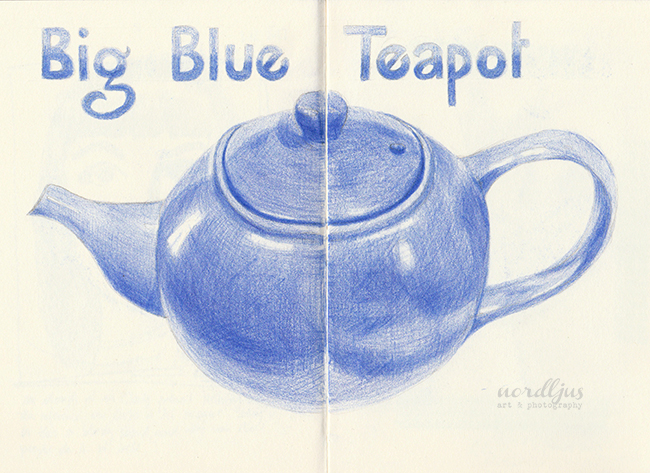 I started a new sketchbook this week. I'm back to a Seawhite one, the same that I used before the Hahnemühle. The paper takes watercolour well enough to serve as an alround sketchbook, but what I really like about it is, that it quite thin. It only has about 45 pages, which makes it about half as thick as the Stillman and Birns, and about a quarter of the Hahnemühle. With all the notebooks, journals, sketchbooks, books and various pencases I've been carrying around lately, my rucksack has become ridiculously heavy, and as consquence, my shoulder has been aching like mad again. So this thinner, lighter sketchbook comes in very handy. 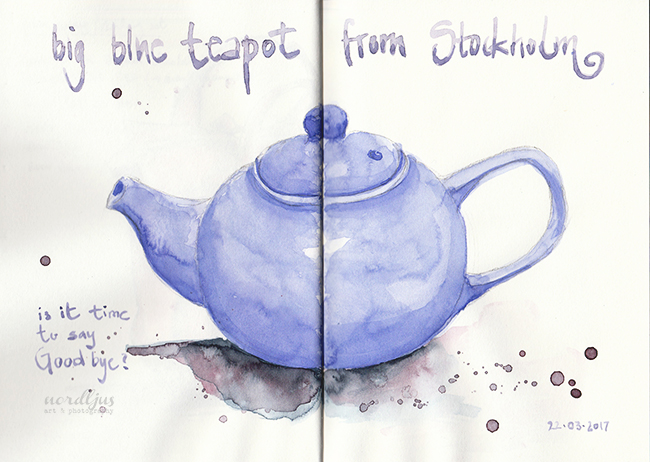 And after all this blue, here's a bit more colour. I found this Stillman & Birn Beta sketchbook, that I started in 2014, but only filled four double pages. It's about time to finish it. I just grabbed the first pen that was lying on my desk, a lovely fountain pen filled with brown ink, which I thought was Noodler's Brown, a water resistant ink. As it turned out, it wasn't, but instead a water soluble ink, which created a bit of a mess. Or an interested effect, if you choose to look at it in a more positive way. The radishes were delicious anyway. 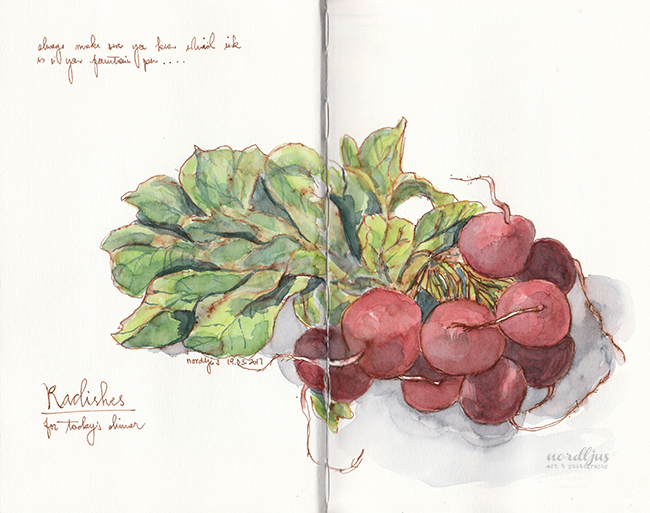