A bit of this and that

The last two weeks have been a bit of a mixed creative bag. I'm not a great cook, and it's not something I particularly enjoy. I cook because I prefer home cooked food prepared with fresh ingredients instead of processed, pre-packaged ready to make food. I've become much better at it in the past few years, but I don't really quite know what I am doing. What has become more and more important for me recently, is that I use as much local and seasonal ingredients as possible. My recipe need to be quick and easy, and to require as few pots and pans as possible - three is definitely the absolute limit I can handle. I like using the oven. Shove it in and wait till i'ts ready. A couple of years ago, I started an illustrated recipe book, to collect recipes that work for me. I call it "The Onion-free Cookbook", because I hate onions, and I've never bought an onion in my life. Me and onions, we really just don't get along. It's enough for a waiter to walk past my table with freshly cut slice of onion for my eyes to start to sting and burst into tears. I haven't got very far with my recipes, but I've finally added an other one. Puff pastry pizza.

I haven't been very successful with my daily faces project. It seems that whenever I enjoy doing something and turn it into a little project or challenge, I immediately lose interest in it. I have been drawing faces, just not every day. But I've drawn other things too, so it's alright, really. At the moment, I love using all kinds of black pens. 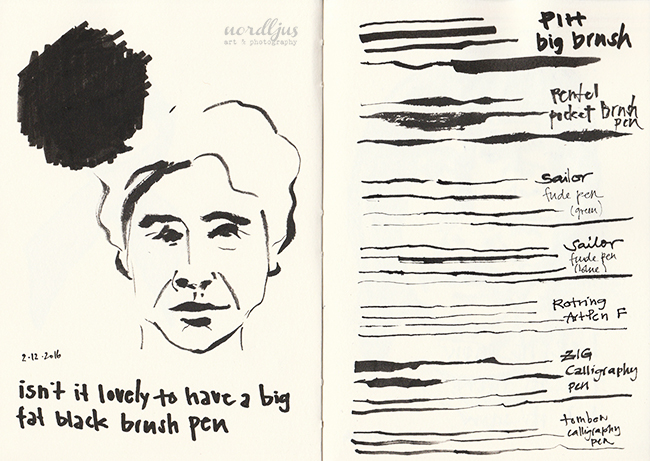 They both look a bit grumpy and disapproving. I can relate to that. I'm not happy that there is no sign of snow yet. And when you do some lettering, it's always a god idea to really concentrate on what you're writing, and not let you get distracted... 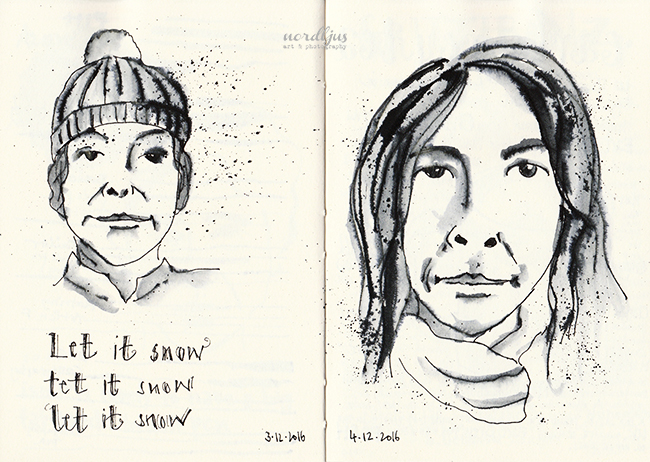 These two pages started with the cup of tea on the left, but I thought that just adding "Earl Grey tea" was a bit boring, so I looked up some facts about Earl Grey tea and added them. I so much enjoyed doing that page, that I decided I wanted to do another one next to it. At the moment, you can get "Grittibänze" everywhere. They are a bread roll shaped like a little man. They're traditionally eaten on the 6th of December, but these days, it's more than just the one day. And since I had just bought one for my breakfast, I thought that would make a good page. I'm still trying to decide if I want to add some colour to the cup of the and the Grittibänz, or if I should just leave them as they are, black and white. 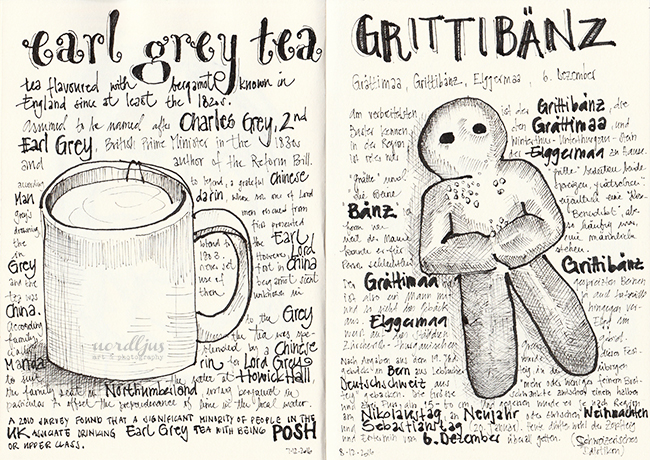 Two weeks ago, I finally started working on my Christmas cards for this year. Since I was a bit late, it had to be quick and easy. A little Rudolph the Red-Nosed Reindeer-Robin was quickly carved, stamped and painted. 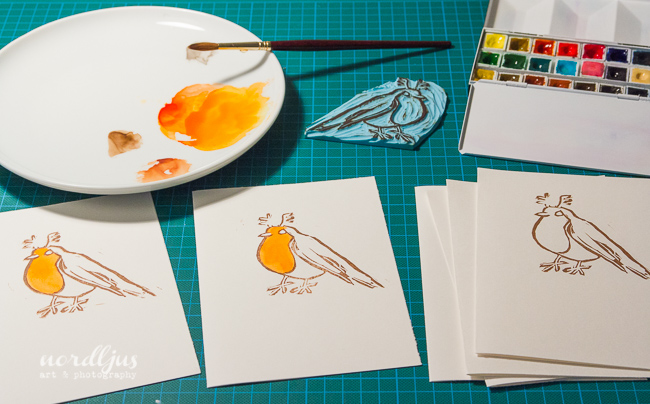 Then I stamped the text. The Swedish version is definitely the easiest. The English isn't too bad either, but the German one definitely the trickiest and needed a lot of concentration. Unfortunately, most of my cards are in German.  The writing is the hardest part of all, but I'm glad to say that they've all been sent now.

And for the first time ever, I've made some "Wienachtsguetzli". In the German speaking countries (and probably in some other countries too), it is customary, to bake Christmas biscuits in December. There's a whole range of them, and many people bake different varieties. I decided that two were enough. The first ones I made (on the right below) were "Mailänderli", which are probably the most popular ones ever. They're a bit like shortbread. The traditional glazing is egg yolk, which gives them a rich golden colour, but you can add a bit of variation. I used lemon icing on some of them (top ones), which is why they look a bit pale. The other ones (on the left) are "Zitronestärnli". They were a bit of a pain to make. The dough is made of ground almonds, sugar, lemon zest and a bit of egg white. Try ot roll that out! I'll probably never do them again, but I'm glad I tried. And I'm happy to say that they all taste quite alright. 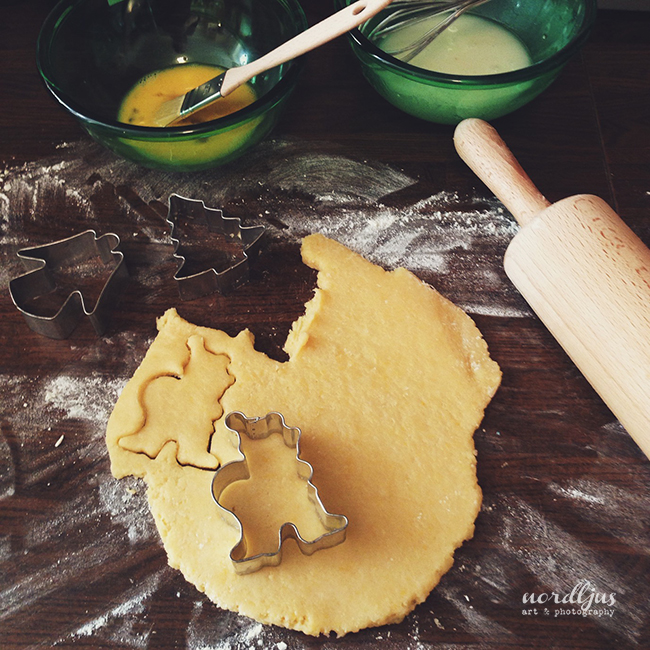 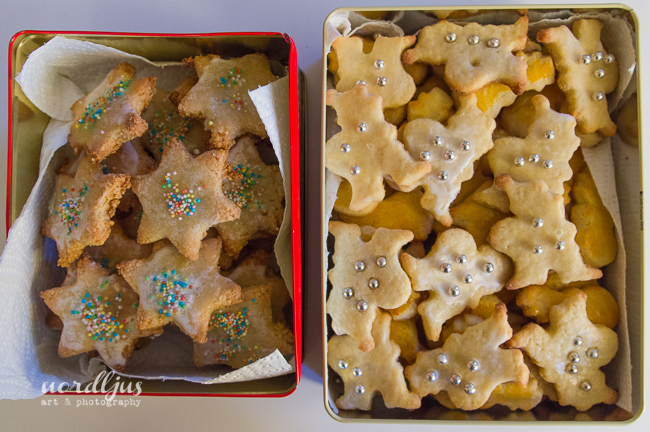 At the end of November, I spent a day in Schinznach. It was a beautiful autumn day, and I went for a walk along the river, taking some photos. 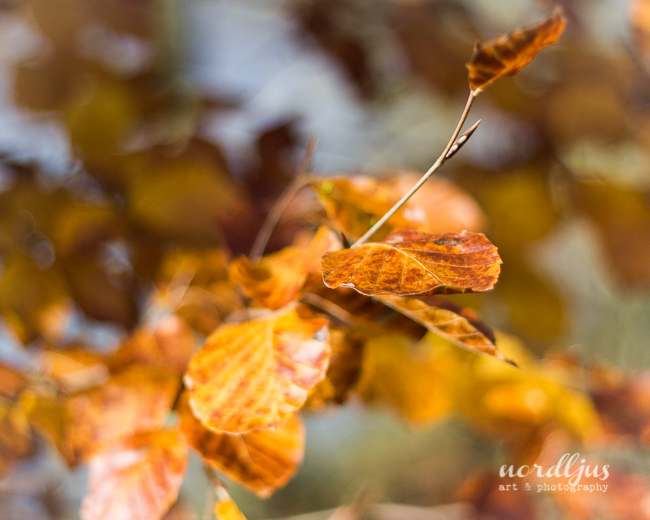 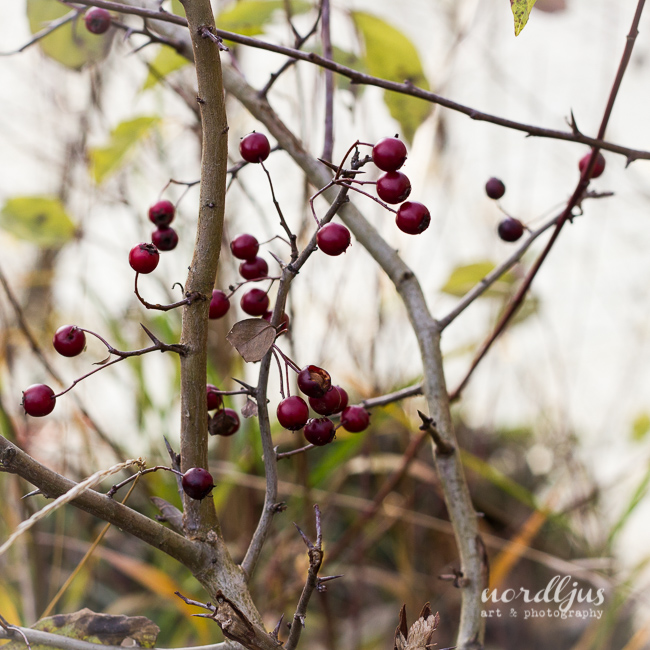 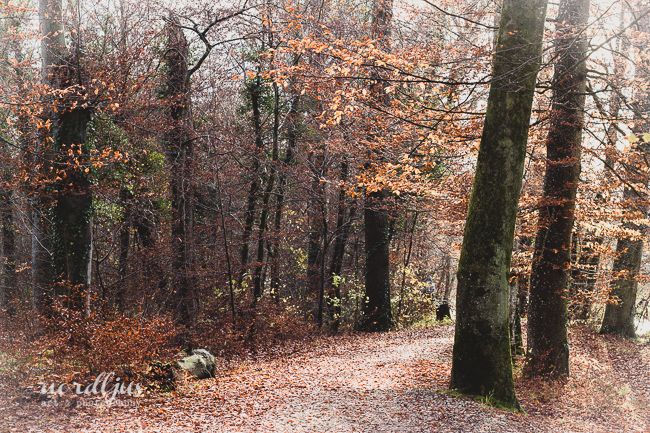 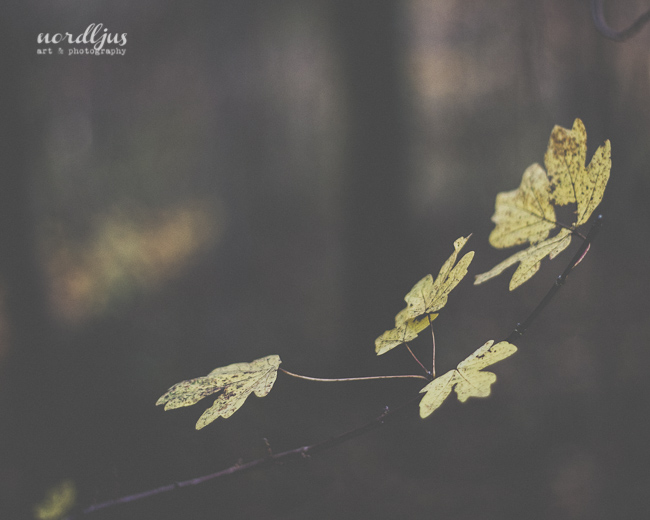 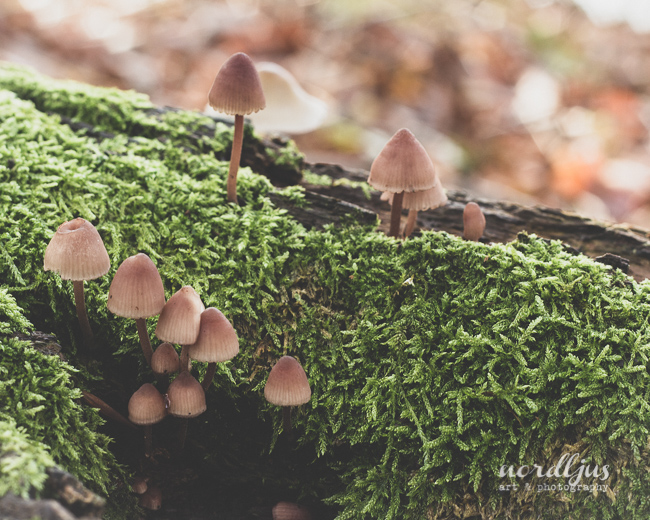