Last Sunday was just the perfect day for staying at home. And what a perfect way to start the day, after a 30 min Yoga practice, with some painting and a fairy tale. There's a whole series of Grimm's fairy tales made by German television in the past few years, and I recently discovered that you can watch most of them online on their website. 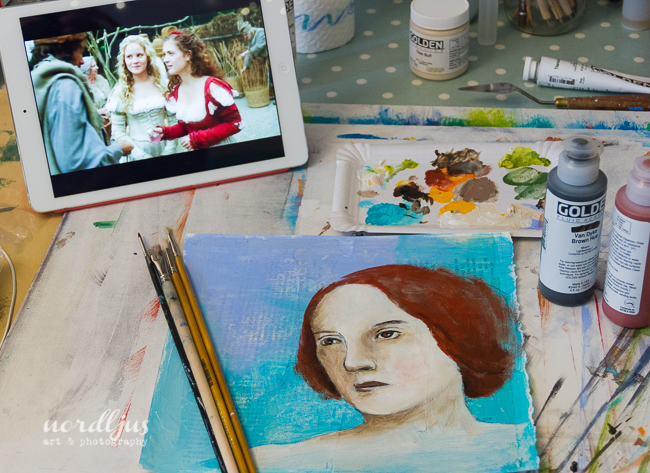 My pile of 25x25 squares is slowly growing. I've already finished six of them, which is twice as much as the one-a-week I had planned to do. But then I'm sure there'll be weeks when I won't be able to paint one at all. And in the end, it doesn't really matter how many I do anyway. The point is to practice. They're like sketchbook pages. Not really finished pieces, although, of course, they can be that too. More or less finished, with sometimes just a a few charcoal sketches and nothing else. 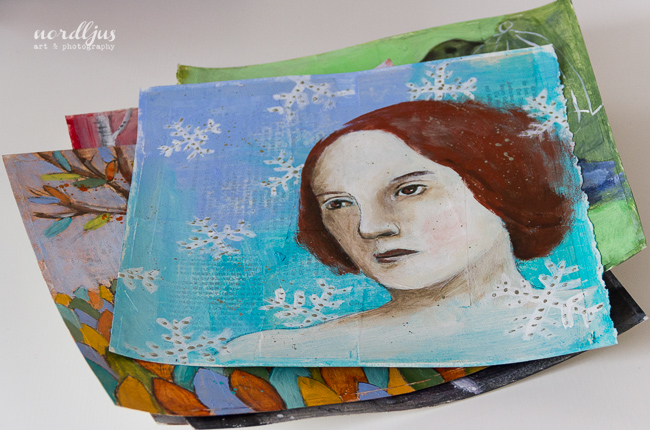 And while I was adding some snowflakes to my paiting, outside, it was snowing too. 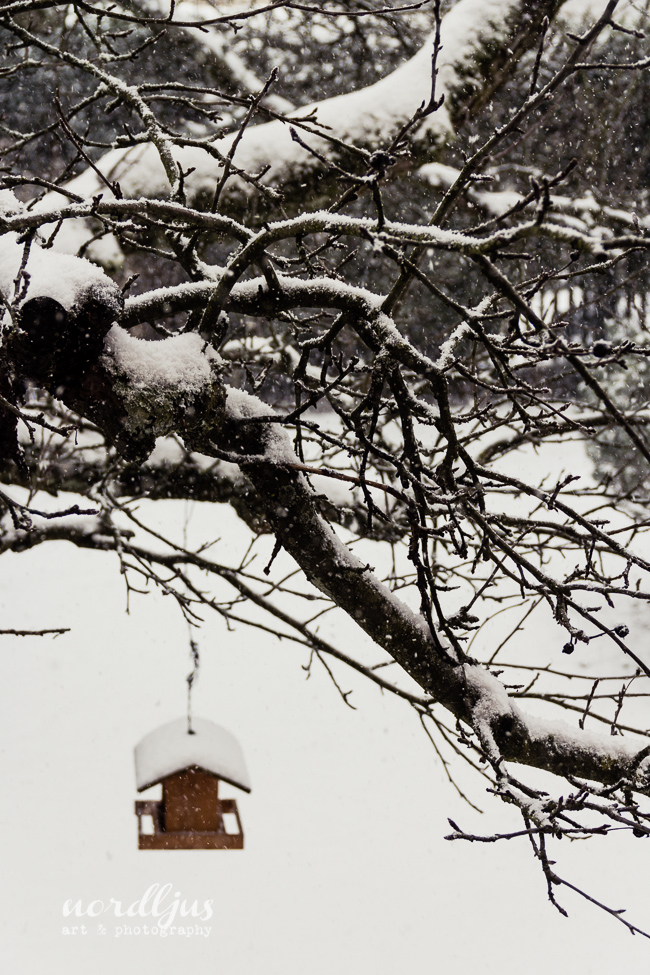 Unfortunately, it is already getting warmer again, and the snow is quickly melting away. And next week, the temperatures are going up even more again, well over 0 degrees. What a mad winter.
Posted by Nordljus at 08:00