It was about time those two sketchbooks got finished

I finally got to finishing those two sketchbooks. I can't believe how long it took me, speak of putting things off... I stitched all three books together back in spring (after having had the paper lying around for a good few months) and finished the first of them. In August, I finally made and added the covers to the other two (and forgot to post the blog post I had prepared), and then, almost a month later, the spines have been glued on at last, and all three are now finished. I'm certainly not short of empty sketchbooks, which is probably why I didn't feel in a hurry to get them done, but it still annoys me a little bit that it took me so long to do them. I'll have to try and get organised a bit better, and get things done. No wonder I'm not getting anywhere, if I keep on working like this!

But anyway. Done they are now, and I'm very happy with how they turned out.


Preparing the spines. As with the first one, I left an extra bit on both sides, top and bottom, to fold over and glue down, to make it a bit sturdier. 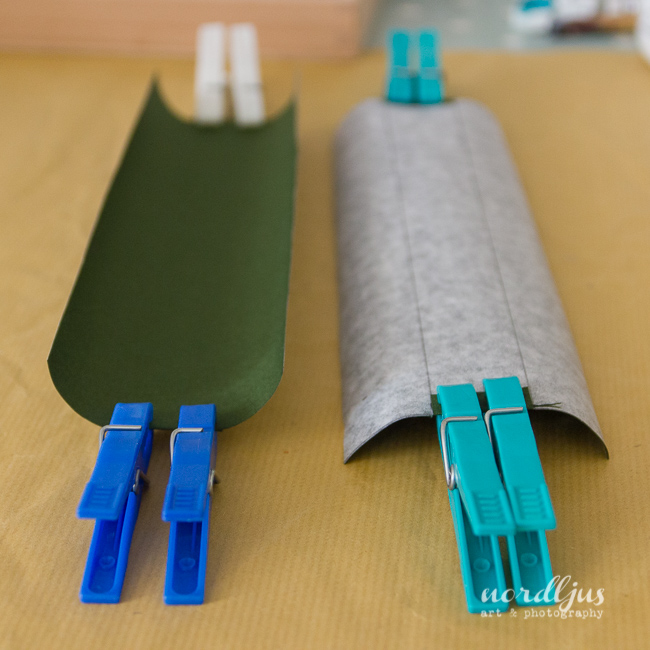 Then carefully glueing them on to one side, trying to avoid to get the glue all over the fabric. Normally, when I use glue, usually with paper, I don't only apply the glue underneath, but also on top, to really get it stuck down properly. This also adds a protective coat to the paper for when it is the top coat (as with the covers), or a good base for when painting over it. With the fabric, however, you can't add glue on top without, so extra care is necessary. 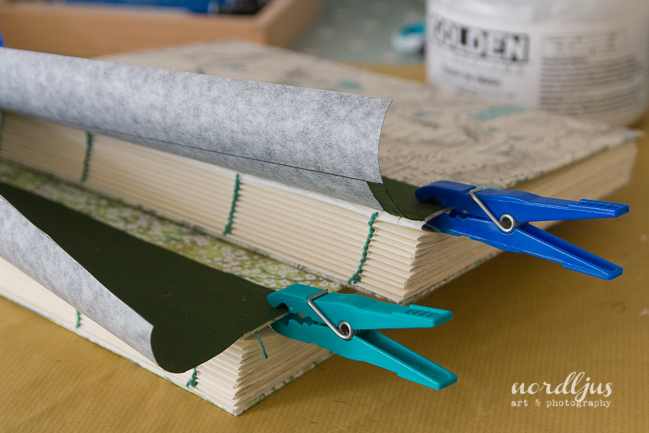 And here are the last two finished sketchbooks. 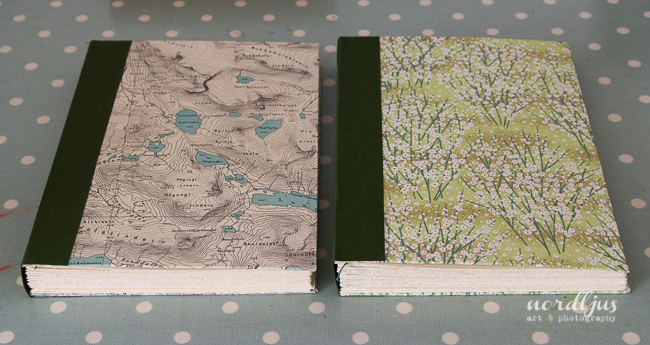 And here's all three finished of them. The red one is slightly smaller, as the paper sheets were a different size. It's the same height as the others, but shorter in width. 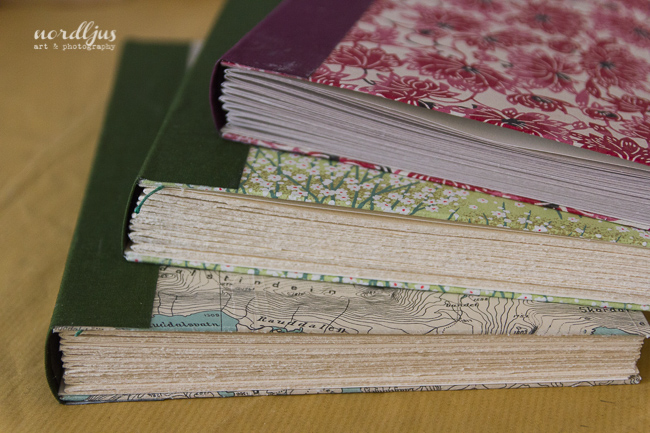 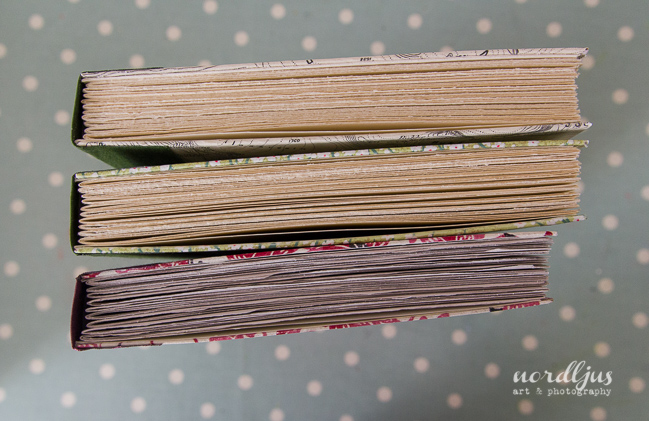 The paper of the red one also has a different colour, a very light grey, and it has slightly less pages. The pages of other two have light cream colour. 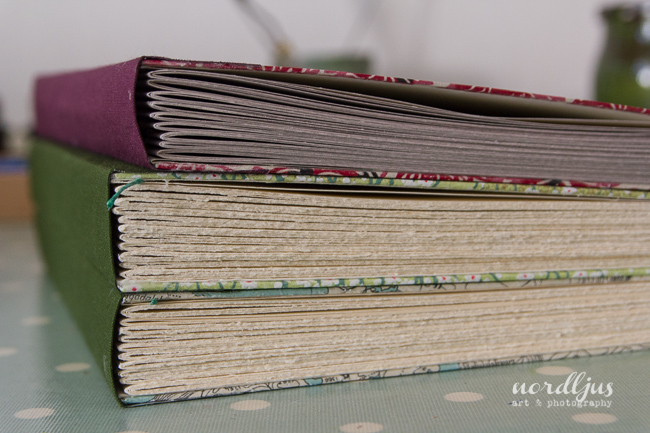 With this kind of binding (coptic stitch), they open nice and flat, which is of course very useful to draw and paint in them. I don't really like spiral bound sketchbooks but prefer the hard bound ones, so it's important to make sure that they are bound in a way that allows them to open flat. 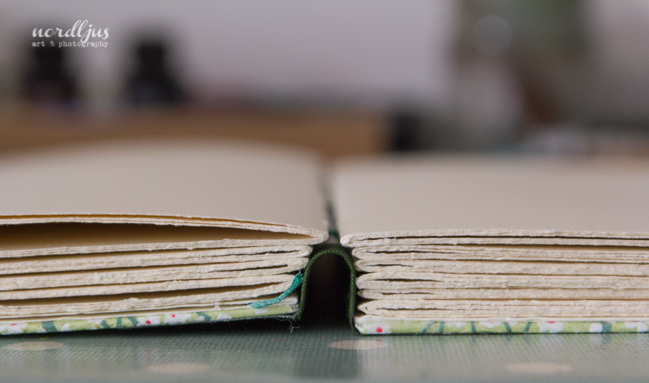 Now I just have to dare using them and start drawing and sketching in them...
Posted by Nordljus at 08:00