I had this Impossible Cyan 600 film that had been sitting in my fridge for a while, and I thought that our holiday was a good time to try it out and use it up. I was a bit sceptical about the film, and I must say, I'm not convinced. One thing that I found a bit strange was that it seemed quite impossible to get a sharp image with this film. And my Polaroid SLR 680 does take sharp images. It has to be said, though, that these scans don't do the actual images justice. While they aren't sharp, they are by no means as grainy as they appear here. And the contrasts are much stronger and the transitions much softer and smoother. Apparently, it was not only the camera, that struggled with the cyan, but also the scanner. 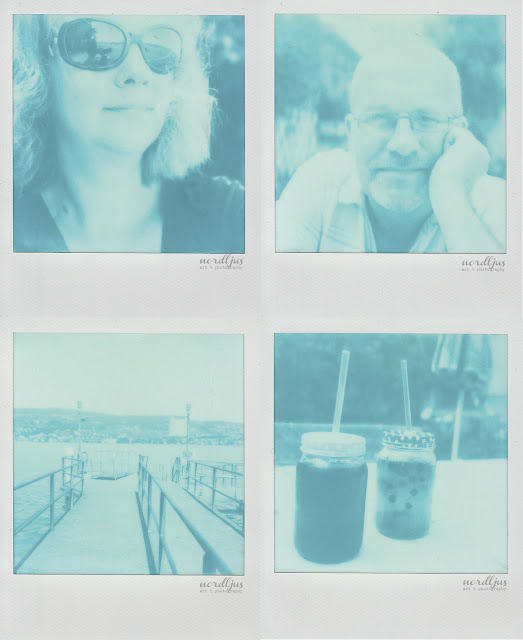 I still like these four images, though. A boat trip on the lake, a cool drink in the garden, and of the course, the two of us. And it does not happen very often that N agrees to have his picture taken. It was fun to try out this film, but I'm not going to buy it again. Actually, I prefer the simple films to all the fancy special edition that are available. Colour or black & white, and a simple white frame. The photographs have enough magic in themselves, they don't need any fancy shapes or colourful/patterend frames. 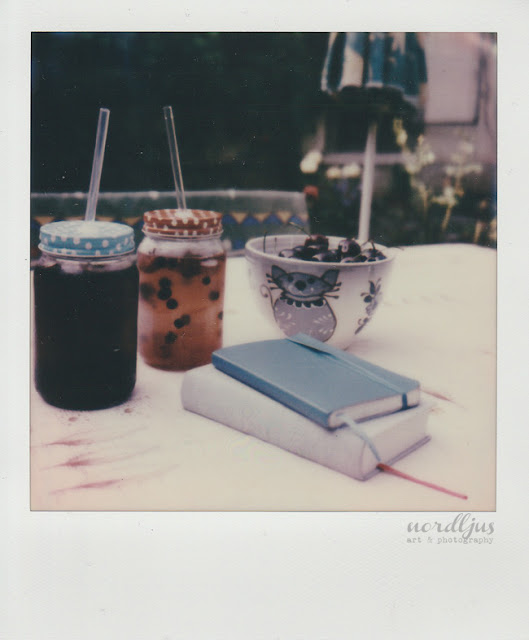