The fascination with Polaroids

Since I figured out how to use my camera and film to get proper results, I've become quite excited about the whole Polaroid experience. I never had a Polaroid back then when they were popular, and I don't think I've ever even taken a photo until about a year ago, when I found a Polaroid in a second hand shop. It really was a great find. The camera, a Polaroid 635CL Supercolor Jubilee, came complete with box, instructions and the little plastic band tightly wrapped around the straps. In other words, it looked like it never actually had been used at all. I knew that film for the original Polaroid cameras had become available again after the company shut down and the factory was bought by The Impossible Project, and had wanted to try it out for some time but didn't have a camera. So of course I was very pleased to finally find one, and one that was basically brand new, despite being a good 20 years old. 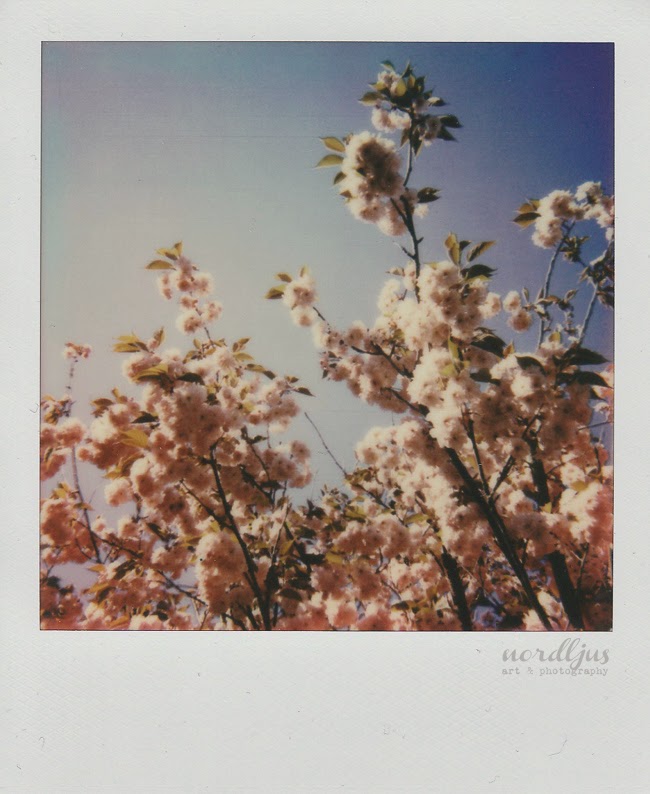 The fascination back then, when Polaroid cameras were first produced, of course was the instant factor. Instead of having to wait for your roll of film to be developed, you could see your photo instantly, within minutes. Ironically, that instant experienced has now become almost the opposite. With the new Impossible films, the image takes about 30-40 minutes for colour films and about 10 minutes for black & white to develop. They also need to be kept in a dark place, or upside down until they're fully developed, for a good result. For me, that is part of the excitement. For the instant experience, I have my DSLR and my iPhone, where I can see the image immediately. With the Polaroid, you take a photo, and then quickly put it somewhere dark, such as between the pages of a book. Then you wait (im)patiently, and after about half an hour, you take a first sneak peek. Sometimes, the images is already looking good, sometimes, it still needs some more time. 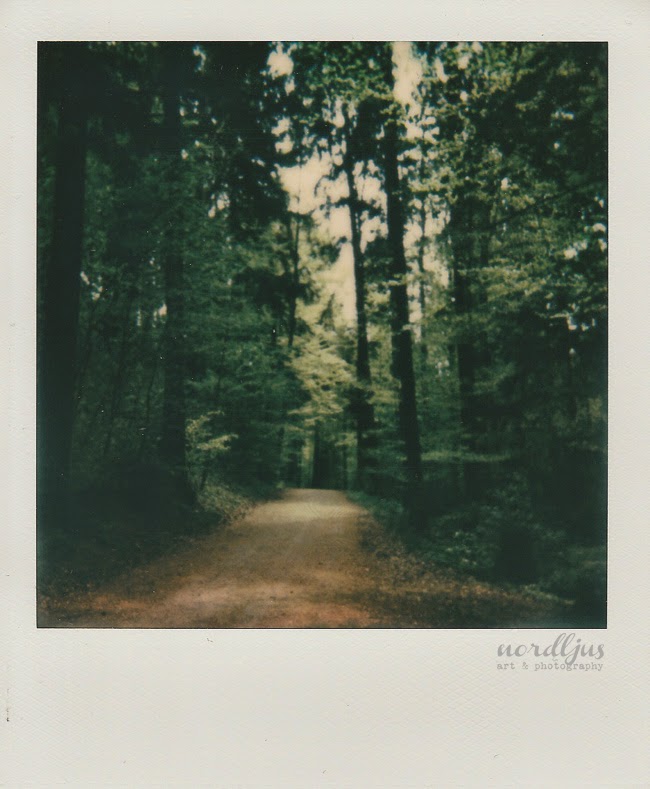 The images have a certain feel to them, they look a bit dreamy, sort of remote, which I like a lot, and which I think suits the old cameras. For sharp and crispy colours, I have my DSLR. I also like that you never quite know how your photo turns out. Although of course you'll learn from experience the more photos you take. So while I would delete an out of focus taken with my DSLR immediately, with the Polaroids, I don't actually mind when they turn out a bit blurry. It's much more about capturing a certain moment. 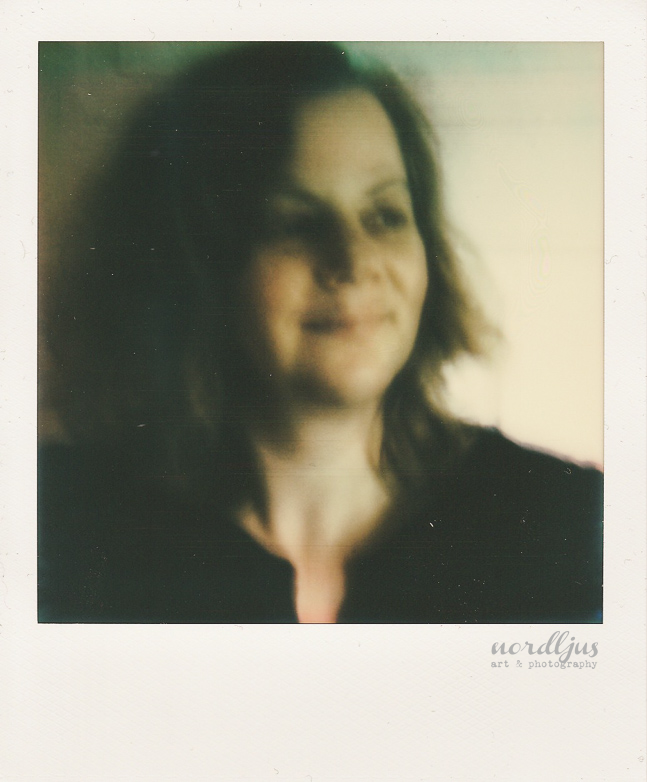 And sometimes, you get some funny effects, like with the photo below, where I was accidentally blocking the film ejection slot with my finger, preventing the image to come out smoothly just for a fraction of a second, which in turn created that funny effect at the bottom. I find it fascinating, how fragile the whole process is. 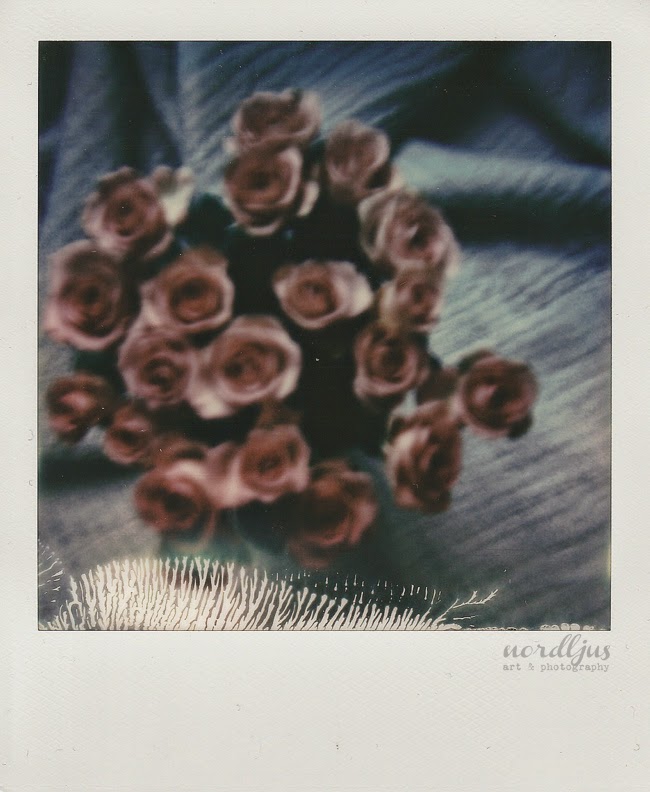 I also like how you need to put much more thought into taking a photo. When I go for a one hour walk in the nearby forest with my DSLR, I easily come home with 100+ photos. With a Polaroid film, you have 8 images, and the films are expensive, so you don't go snapping here and there, but you really have to think about when and where you want to take a photo. Which view, which moment you want to capture, if the light, the distance, the subject are such that you can expect a good result and not waste an expensive photo (and believe me, I've wasted a few!). The whole process makes you slow down, think, and be patient. It's just a completely different experience than with my DSLR (and I love my DSLR and shooting digital). 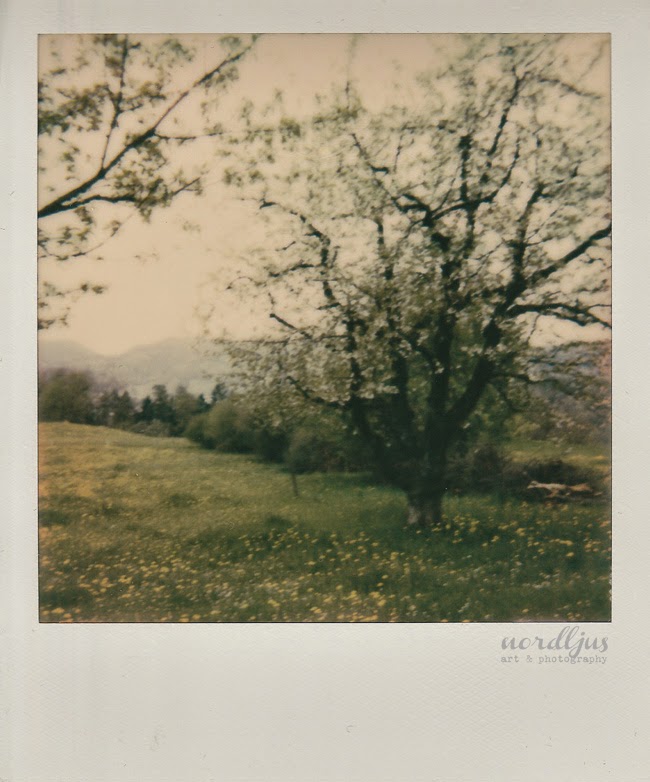 The only thing I'm not so happy about is that my scanner isn't quite able to reproduce the photos accurately. I've tweaked them slightly in Lightroom to get them closer to the originals, but the colours just aren't quite right. And those spots you can see on some of them is simply the dust on the scanner. The originals really do look a lot better, and are nice and clean. But I guess that's part of the experience too.