I still got so many photos of amazing creatures left, that I'm going to split them (well, some of them) into two separate posts. This one is for the Humboldt Penguins and the Common Seals. The penguins didn't really do much, but they were fun to watch. And they kept standing or sitting still or moving only little, which was of course perfect for taking pictures of them. 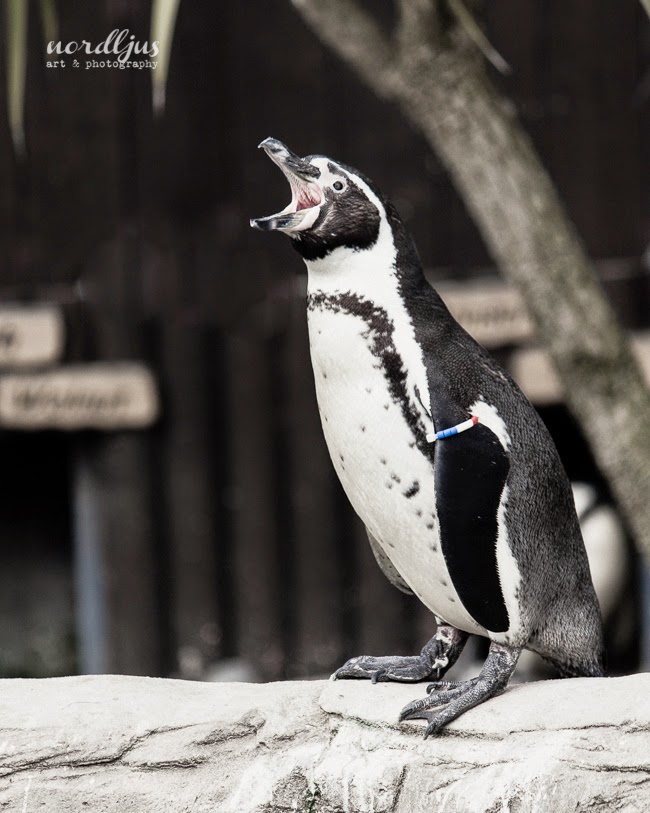 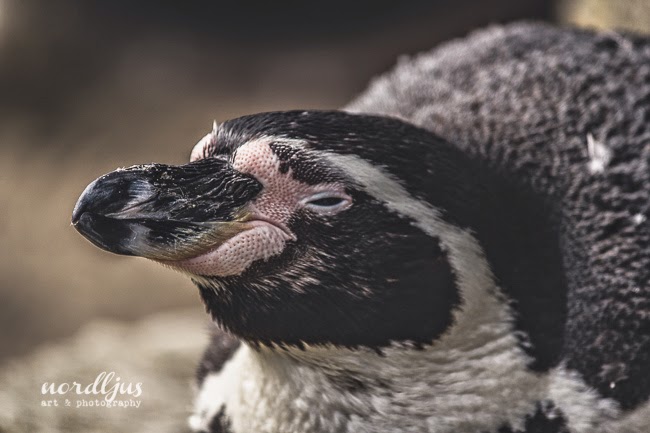 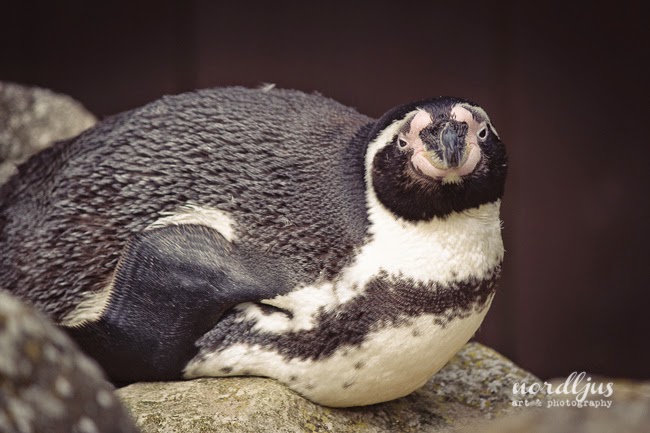 I don't know how long we spent watching the seals, but it was quite some time (and long enough to miss the little train back to town by just a few minutes). They were one of the first we went to see in the morning after we arrived, and we went back to them again in the afternoon. N lent me his big zoom lens to get some really nice close ups. It was fascinating to watch them swim and dive (they like to swim on their backs) and to stick their heads out of the water and observe their surroundings. Their noses look a bit like those of gorillas! 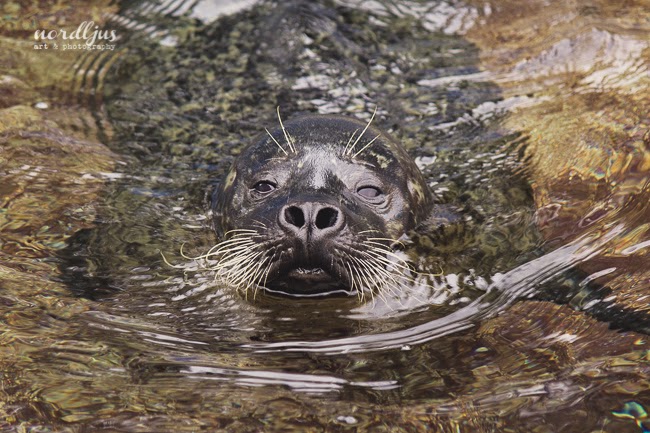 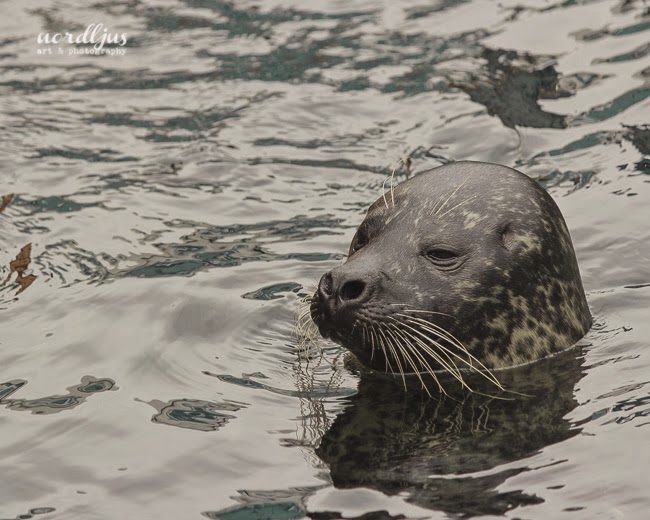 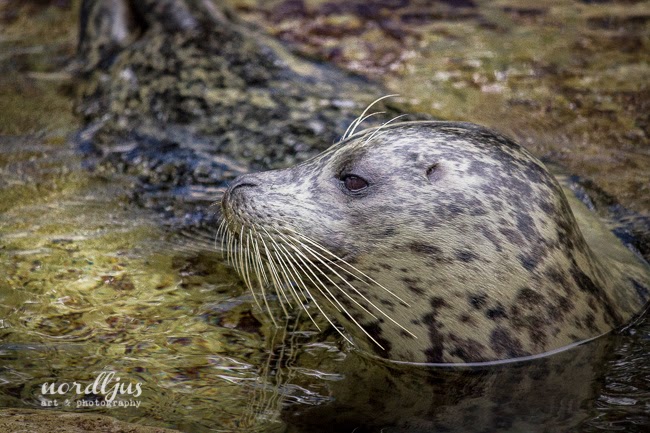 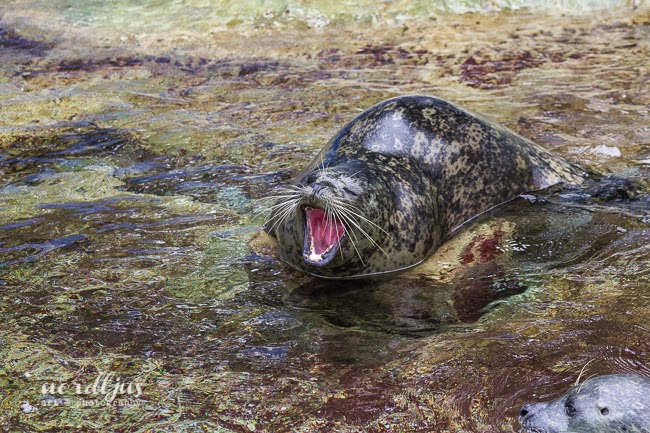 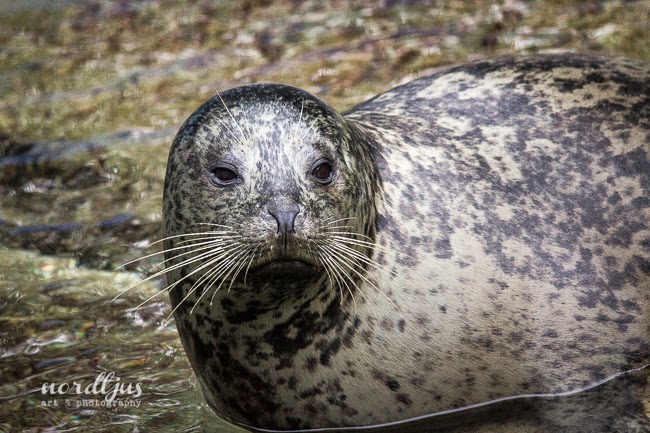 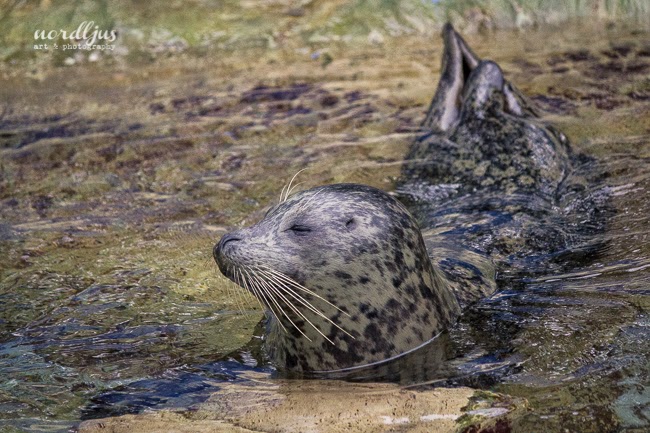 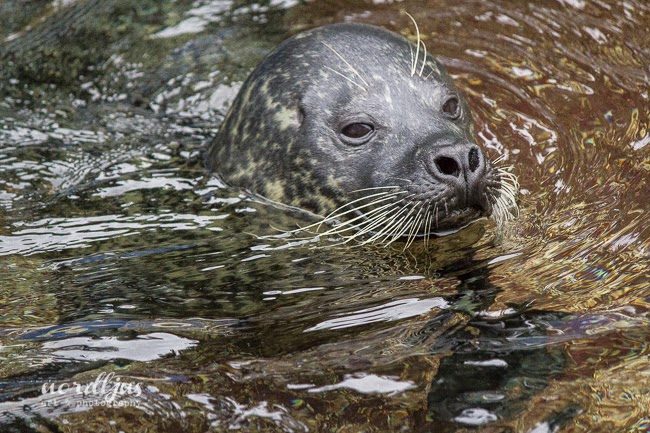