It's been a long time since I last drew a portrait for my 100 portraits challenge. In fact, it's been over one and a half years. But this year, I'm determined to draw more, sketch more, paint more, create more. So on Sunday morning, I sat down on my desk with a nice cup of Earl Grey, took one of my Moleskine sketchbooks, and starting drawing some portraits.


I used different reference images: a black and white photo from the 1950/60s, a drawing by John Briggs Potter from 1892, and and image of an old wood or copper engraving. 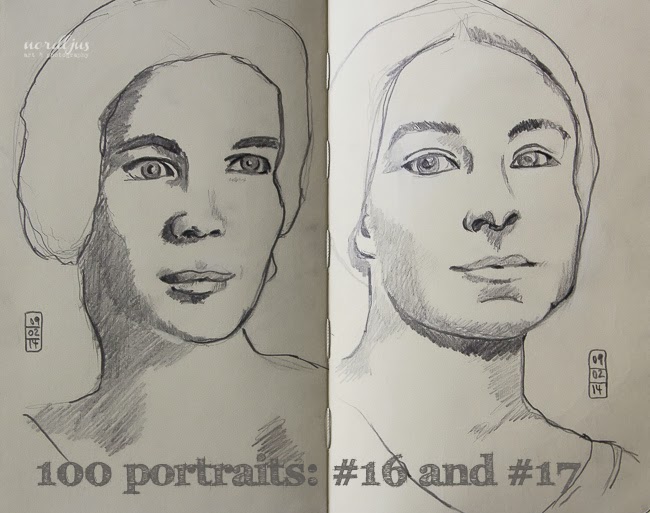 I like to give my portraits invented names and personalities. So here we have Margret Georgia Turner (#16). She's just graduated from school, it's 1960, and she's dreaming of having a career and independence instead of becoming a bored housewife like her mother, who never got the chance to fulfill her own dreams and potential. Karen Nordling (#17) also has dreams and ambitions, but living at the end of the 19th century, her only hope is to find a husband who not only can offer her a good living, but who'll also appreciate her intellect. 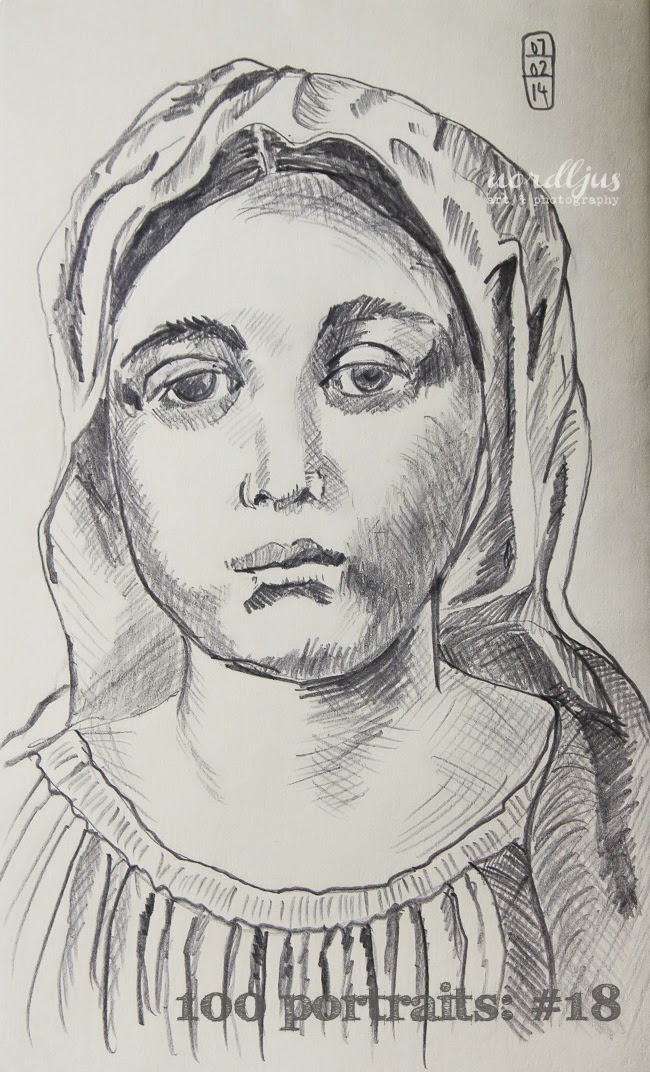 Maria Annunciata (#18) had the misfortune of being the youngest daughter of an Italian country squire. The squire has fallen on hard times, and he can't afford the dowries for all his girls, so Maria was put into the nearby convent. The end of her novitiate is close and soon she's expected to take her vows and take the veil for good. But she's a headstrong, ambitious girl, and she doesn't want to spend her life in a convent. In the quiet of the night she is dreaming about and planning her escape.
Posted by Nordljus at 16:11