A day at the zoo: Birds

I haven't been to the zoo for 10 years, so the week before last, I decided that it was time again. And thanks to my lovely work colleague, I even got a free ticket. A lot has changed in the past 10 years, and a lot is still changing. Zoo Zurich is working on improving the habitat for its animals, its aims is not anymore to display as many and as exotic animals as possible, but to contribute to the preservation of animals, especially those that are in danger of being extinct. It only keeps animals for which it can provide an appropriate living, which is why the polar bears and chimpanzees were sold to zoos that could provide that better. Many new enclosures have been built, and many more are being built and planned to improve condition, and animals are not kept as individuals species in separate enclosures, but mixed together, as they would in their natural habitat. The new enclosures are much bigger, recreating specific areas of the animals' natural habitat, and each new enclosure is linked with a conservation project. The zoo's aim is to mediate and educate, according to their motto "They who know animals, preserve animals". 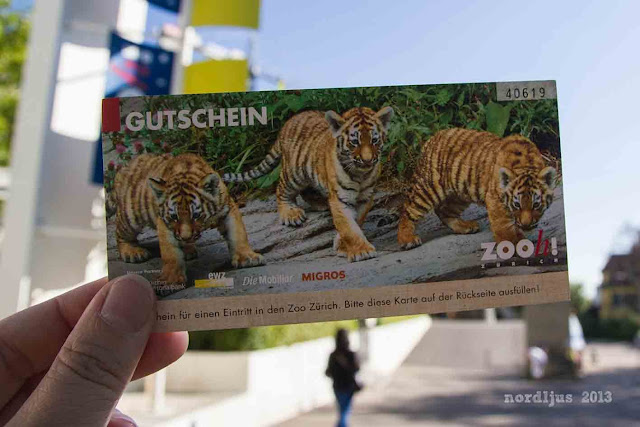 Apart from my camera, I had also taken a little sketchbook, pencils, pencils, and even a little box of watercolour, in yet another attempt to do some on-site sketching. As with all other former attemps, I failed miserably. Well, this time, it really was just too hot, and there weren't (m)any convenient places to sit down and sketch. Also, it was quite busy (I was just one week too early - it was the last week of the school holiday...) So I just took pictures, which I'm now using as reference for sketches. Because I took so many pictures (almost 350), I've decided to turn them into a little series. All the animals are just so beautiful, funny, fascinating, amazing, it would be a pity to cram them all into one single blog post. I randomly start with some birds, simply because I wanted to start with sketching the penguins. They were the first animals I saw when I went there, and they just fascinated me endlessly. I went back there before I left, because they're just too sweet. 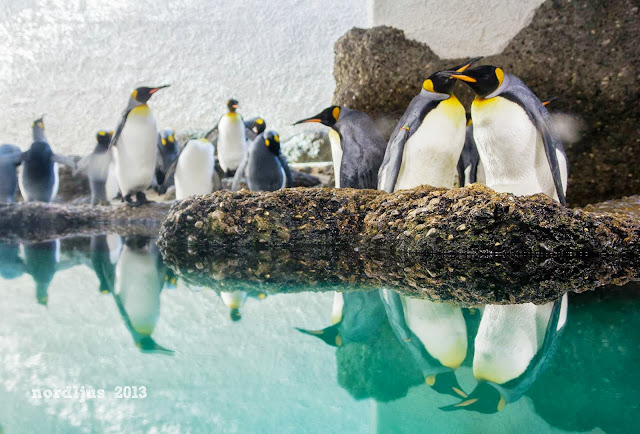 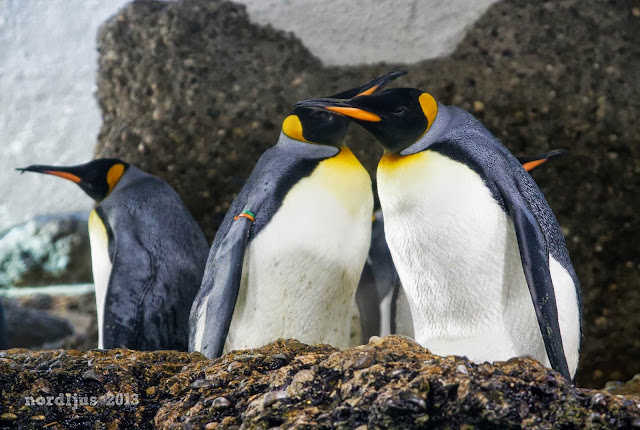 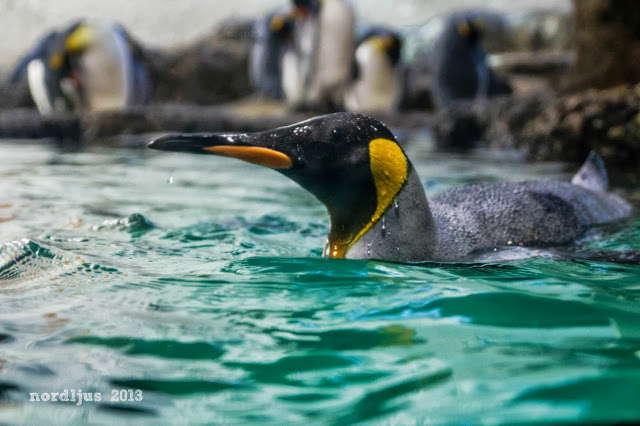 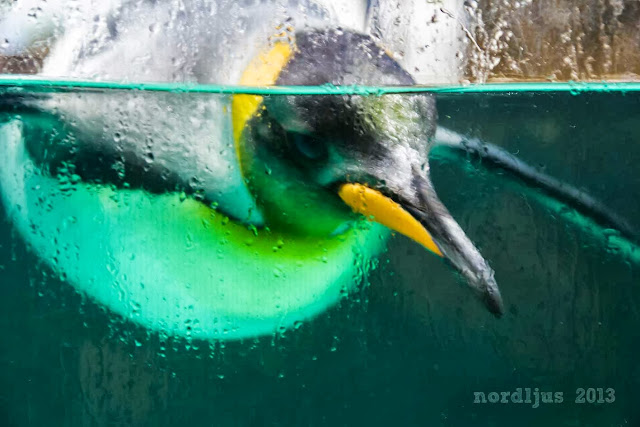 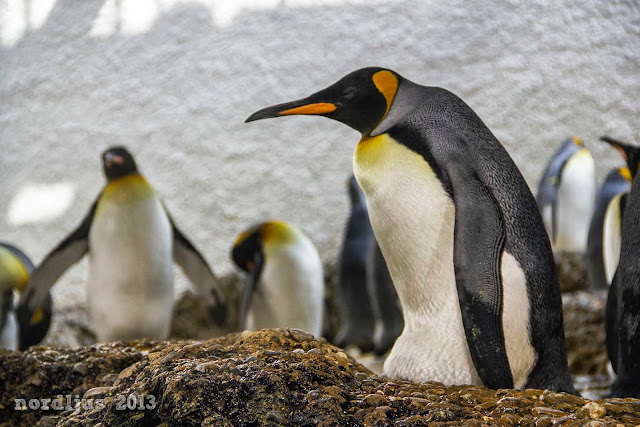 The funny and amazing Shoebill. They're huge, they get up to 110-150 cm tall, and have been described as "statue-like", as they stand motionless for ages. Certainly very handy for taking photos. 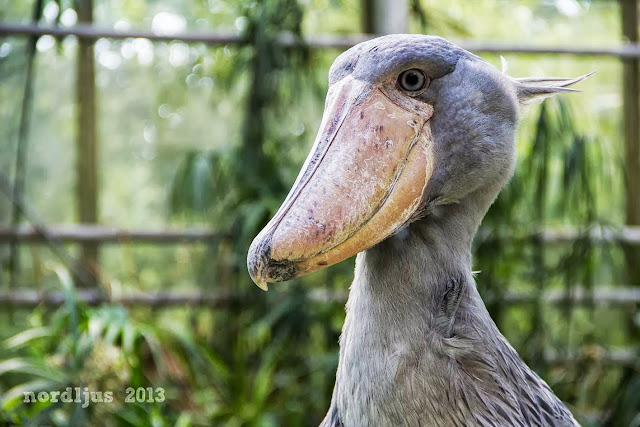 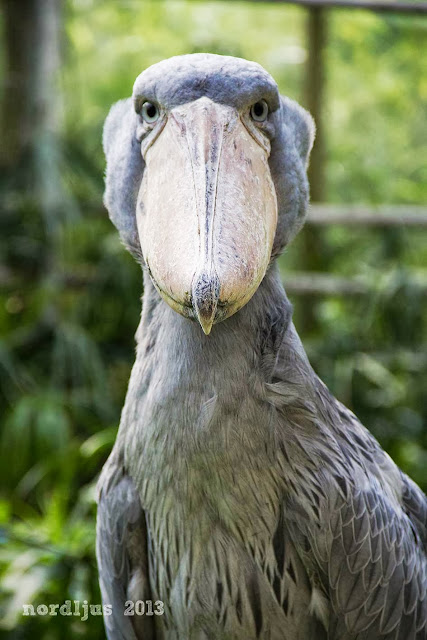 The gorgeously colourful Green-Winged Macaw. I just happened to pass by a zoo keeper giving a talk about macaws and feeding him (or her) nuts, which again provided a perfect opportunity to take photos of this wonderful creature. 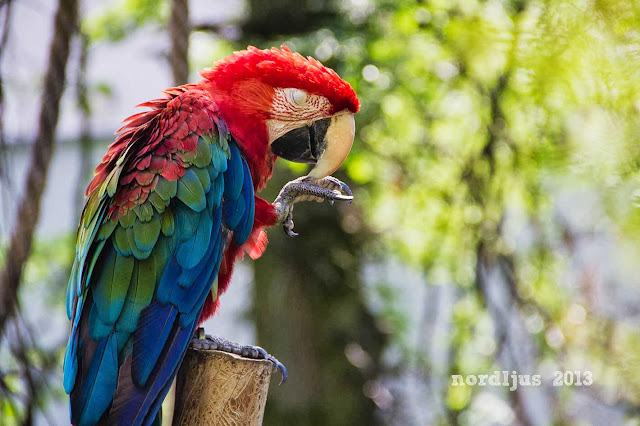 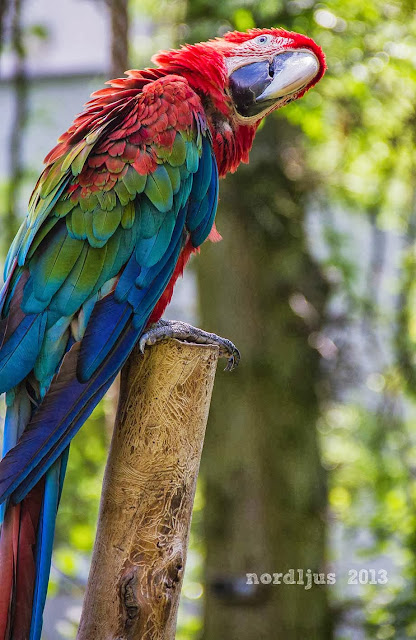 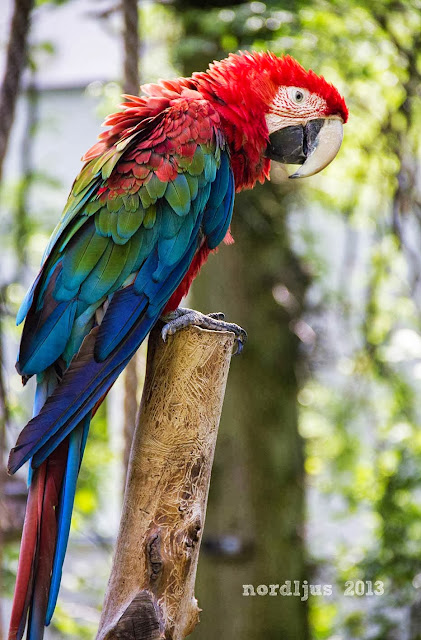