It's time for another visit to lovely Stockholm, but before we venture into the city to take in all the sights, we go on a little day trip. A few miles north of Stockholm, on Vaxö, one of the many islands of Stockholm's archipelago, lies the town of Vaxholm. To travel there in style would of course be by boat. But as someone who loves to be at the sea, but prefers not to be on or in it, I took the bus. The journey takes about a good half hour, if I remember rightly, so a little walk was the thing to do first upon my arrival. I walked along the water, not really knowing where I was going, just following the path. And a very nice path it was. 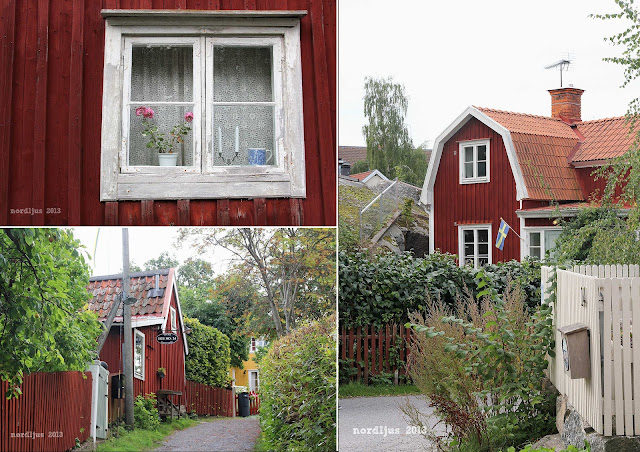 Eventually, I came to a lovely little bay, Norrhamn, the northern harbour. What a beautiful sight it was, even if the sky was rather grey most of the time of my visit. 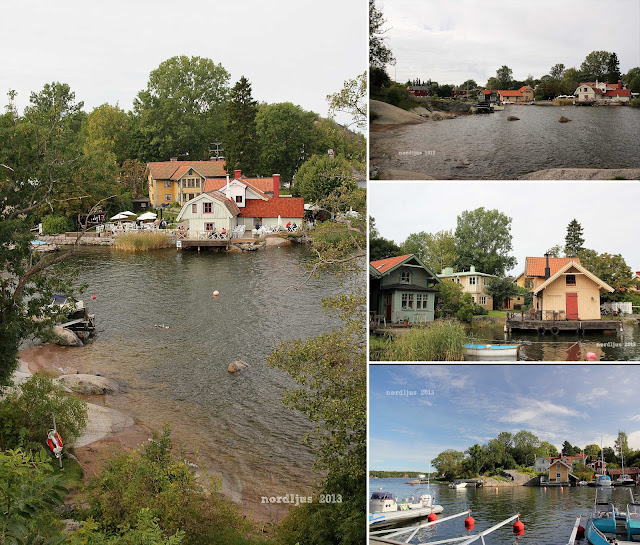 At the other side of the bay was a lovely café, Hembygdsgårds Café. It's back garden at the water offered a pretty view. As it was lunchtime, I decided to stay there for lunch and had a delicious meal, of which the café's cat was obviously very envious. 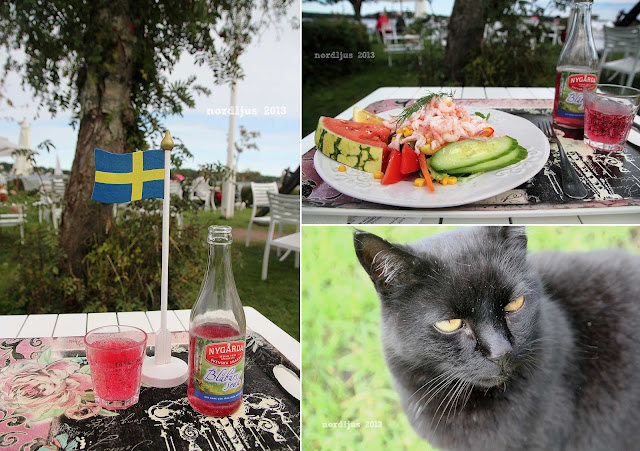 After lunch, I set out to explore the rest of the town. But alas, I didn't get very far. The cake's buffet was just far too tempting. I mean, who could resist a lovely Polkagris Cheescake? Not me, certainly. And anyway, it's a holiday. So where was I going to rush to anyway?? So cake it was, and a cup of coffe, and I was lucky enough to get what was probably the best seat on the entire island, on the café's porch. And the sun came out for a short time too. Perfect. 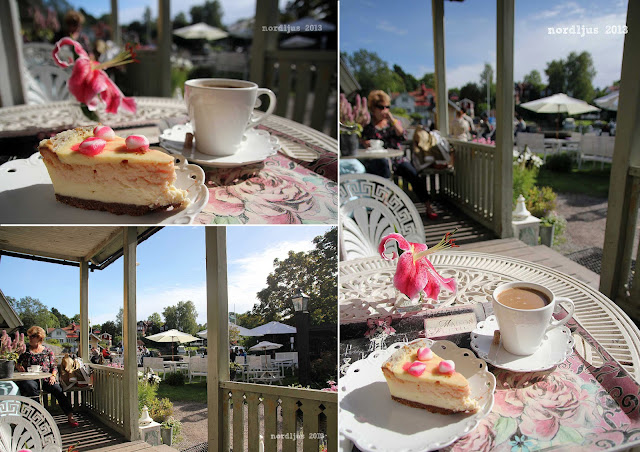 Now I really set off to see some sights. I walked back the same way I had come, simply because it was such a lovely walk, and then took the little ferry to take me to Kastellet, Vaxholm's castle, which sits on its own little island. It's origins go back to the early 15th century, but to be honest, I don't think it's a very exciting place. There's a museum, but I didn't go in. Instead, I just walked once around the island, and once around the courtyard, and then went back to catch the next ferry. 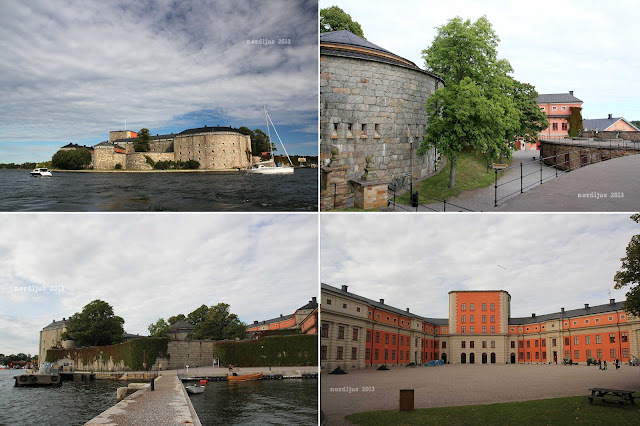 What I did like a lot, though, were all the little details in every corner. Flowery bicycles and boots, and a perfect corner to spend the evening reading in the afternoon sun. 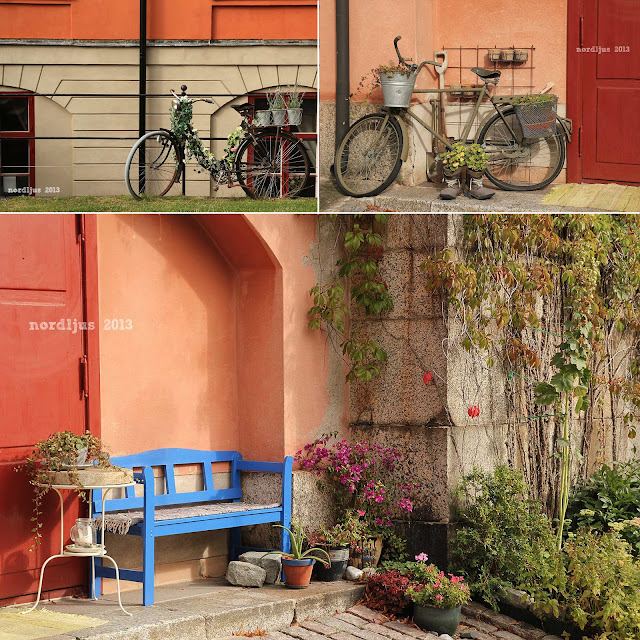 It was getting late in the afternoon, and so there was just time for an ice cream and a stroll around the town's centre and harbour, before it was time to get the bus back to Stockholm. 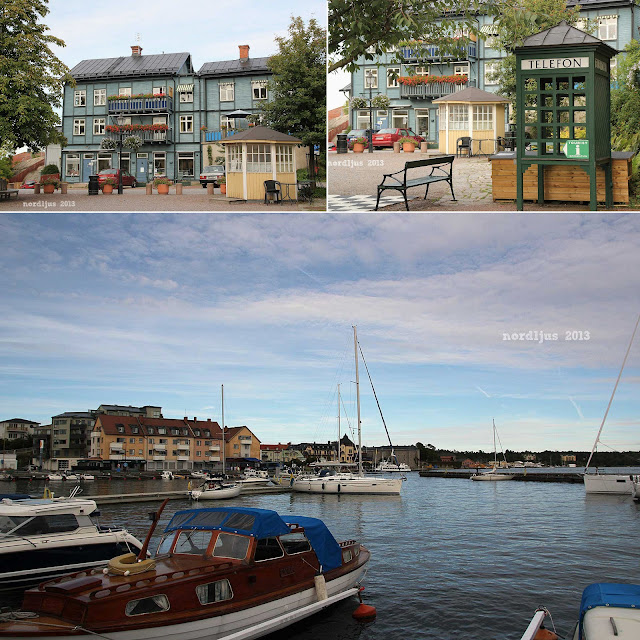 I'm trying very hard to stick to the "less is more" principle with my photos, but I'm afraid I'm not doing a very good job. But I've got just too many of them. Believe me, this is still just a very small selection, I've got loads and loads more. And I hope you'll join me again next time, when we will finally venture into the city of Stockholm.