Tucked away, until it's time to bloom

I've brought someone to the party with me today. Her name is Lotta, and she's so excited to be here. Actually, she has already made an appearance once before on my blog, but she wasn't feeling very well that time, as she was suffering from the worst cold ever. But thankfully, that's passed, and Lotta is up and well again. 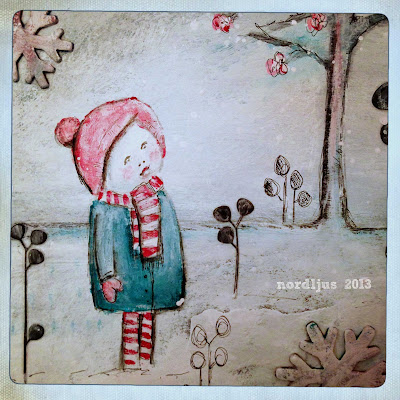 She's especially happy to be able to go out again, playing in the snow and chasing snowflakes. She loves winter and snow, it just makes her so happy. 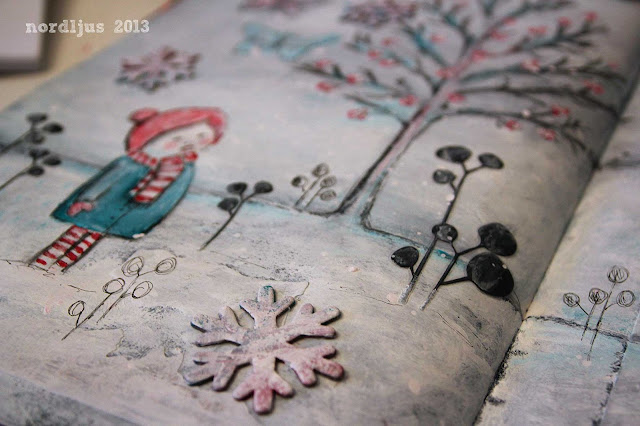 The year before last year, I signed up for the Mondo Beyondo class. I never made it through the whole class, I'm afraid, but I did write my Mondo Beyondo list, and tucked it away in an envelope in an art journal page. That's as far as I got that time. I've never read the list again after having put it away in the envelope, and I can't remember everything I wrote on my list that time. But I know that at least one thing has come true since then. And it's one of the best things that happened to me in a long time. Reason enough to write a new list for the new year. Again, I tucked it away into an envelope, as part of an art journal page. And of course there had to be snow. As Lotta, I'm very fond of snow myself, too. I'm also going to work my way through the class again, on my own, and in my own speed. One and a half years ago, I wasn't quite ready yet to fully believe in my dreams. But I feel that now, I'm ready. 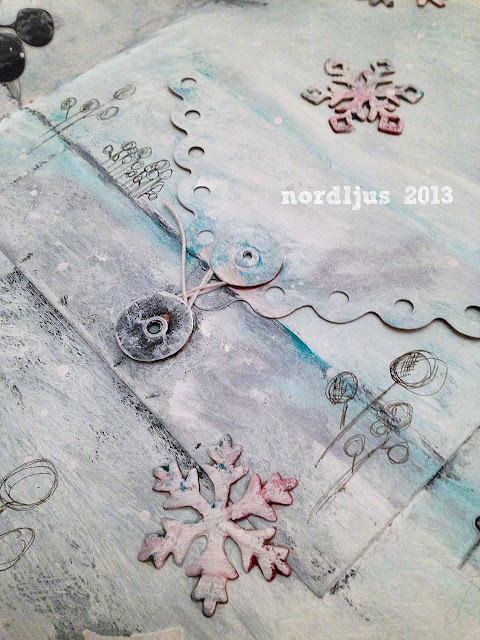