If you're not inspired to paint, just have a lazy Sunday - and bake something delicious

I didn't feel much like painting, or sketching, or anything really, so I decided to just take a break and have a lazy weekend. I was very much in the mood of doing some baking, though, and I had recently discovered a recipe for bluerry flan I wanted to try. These flans are very popular in Switzerland, you find them all over the country under different names - Wähe in Zürich, Chueche in Bern, Flade in St. Gallen, Dünne in Schaffhausen to name just a few. They come in sweet and salty, the most popular being cheese (of course), spinach, apple, plum and apricots. I've never seen blueberry ones before, so I was very happy when I found the recipe.

I bought a ready made dough (I'm a rather lazy cook, I'm afraid), generously covered it with ground almonds, and added a thick layer of blueberries on top. Thick, fresh, sweet blueberries. Yummy. 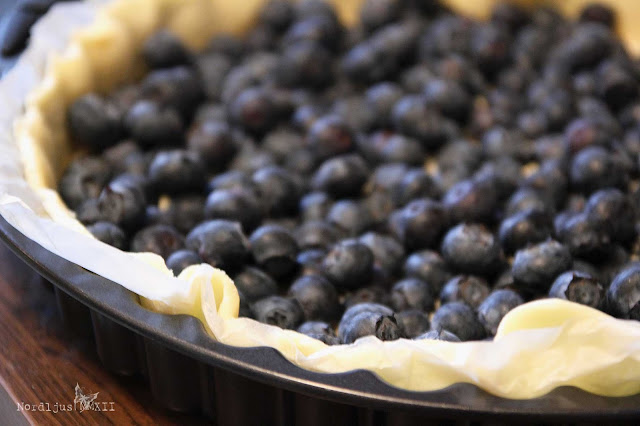 Preparing the glaze couldn't be easier, it only consists of cream curd/quark (or whatever  it's called in English), eggs, sugar and vanilla sugar. I added some fresh vanilla in addition. Eventhough I'm not a great cook at all, unfortunately, I always like to alter the recipe a bit. 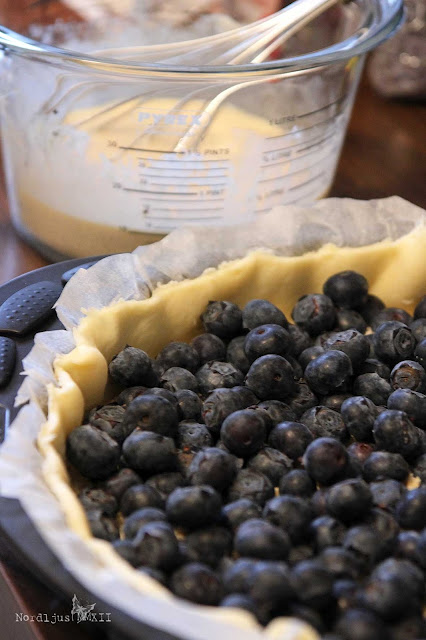 Pouring the glaze over the blueberries, and the flan is ready to go into the oven. 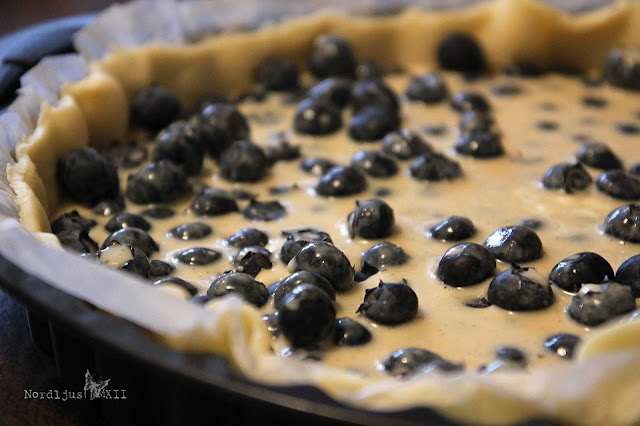 Than it's just waiting... It doesn't take too long though, less than an hour (and that's even including the preparation! Well, if you're using a ready made dough, that is...). 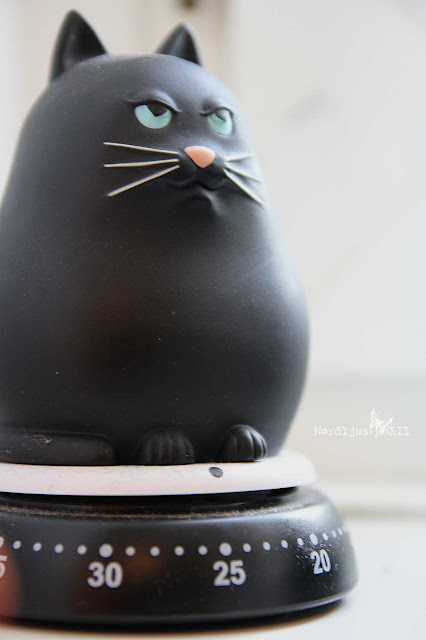 The result: only slightly burned, but otherwise looking good. 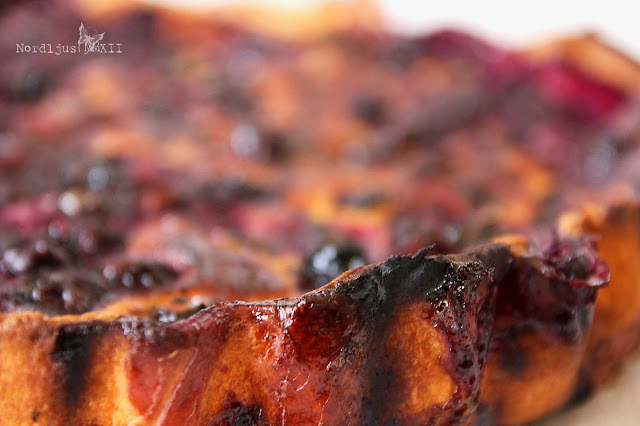 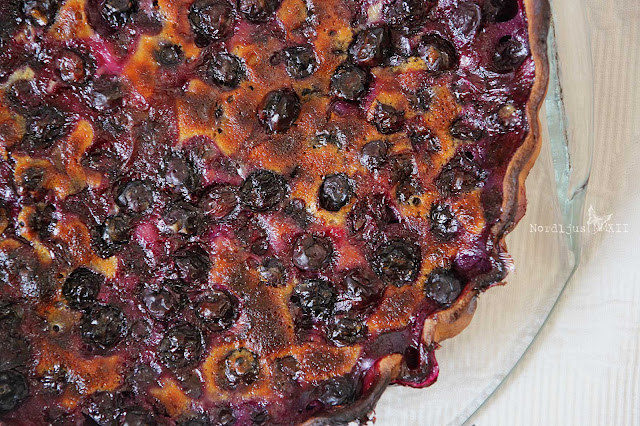 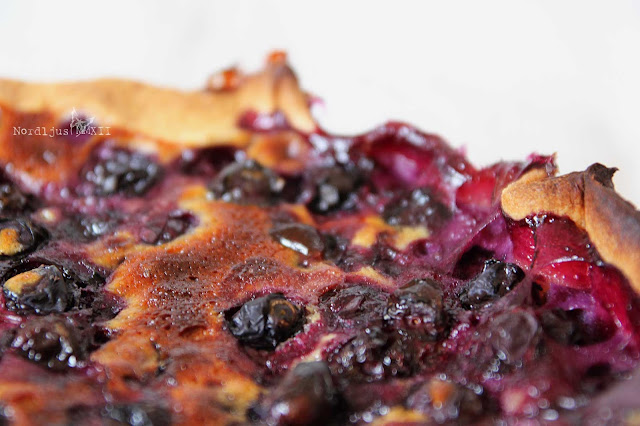 And it tasted good too! The thick layer of ground almonds made the bottom nicely firm and crunchy, and not at all soggy as I had feared. 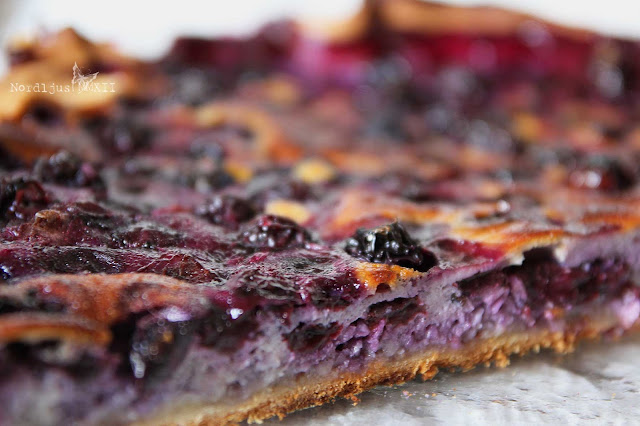 The combination of bluerry and vanilla.... simply Delicious! 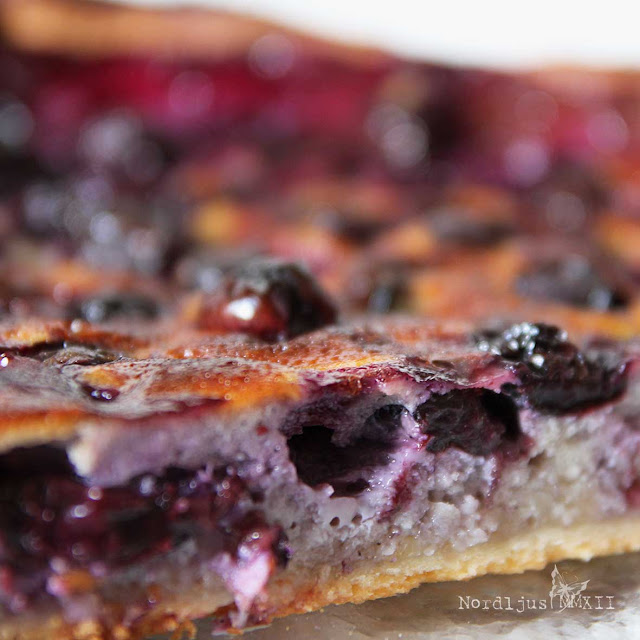 I might be baking this flan a lot now, as long as those fresh, sweet and tasty blueberries are around. What's your favourite cake/pie/tart/flan that you love making?
Posted by Nordljus at 13:30