The fascination of botanical illustration

Ever since I saw a programme about botanical illustration at Kew Gardens on telly a few years ago, and  a delightful exhibition of botanical art at the small but charming Museum of Garden History, or Garden Museum, as it is now called, in London shortly afterwards, I've been absolutely fascinated by this extraordinary art form. I think it's an art form that is often not really enough appreciated in it's own right. As with so many other forms of illustrations, they tend to be seen just  as accompaniments of the text in books and journals, without giving much thoughts about how and by whom they were done. But even today, in our modern digital megapixel world, a photograph, ultimately, can never be as accurate as a hand painted illustration, which is why all the good classification guide books still rely on painted illustrations rather than photographs. I find that quite extraordinary.

Botanical illustration is the art of depicting the form, colour, and details of plant species, frequently in watercolour paintings. These are often printed with a botanical description in book, magazines, and other media. The creation of these requires an understanding of plant anatomy, access to specimens and references, and are often composed in consultation with a scientific author. (Wikipedia).


Last year, I bought a book about botanical illustration, and then another one. I looked through them, admired the illustrations, studied the instructions, and put them into my book shelf. I was bad at drawing, and rubbish with watercolours. How could I ever dare to even attempt such an accomplished art, without even having the basic background skills? But two weeks ago, feeling so inspired by the autumn colours everywhere around, I took out my watercolours and sat down, trying to capture the colours, patterns, textures of some leaves, without much thinking about what I was doing. It wasn’t until a few days later that it occurred to me that, unconsciously, I had made my first attempt at botanical illustration. They are certainly not exact depictions of the leaves, and would be quite useless in a botanical book or journal, but painting them just made me so happy. And that's really good enough for me :) 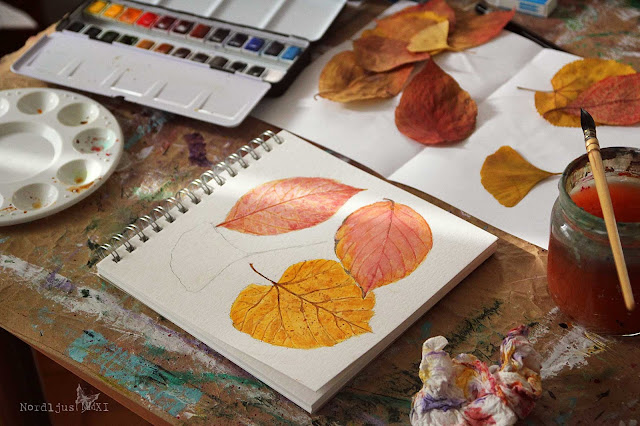 Enjoying the autumn morning light flooding the room – and a cup of Earl Grey tea. 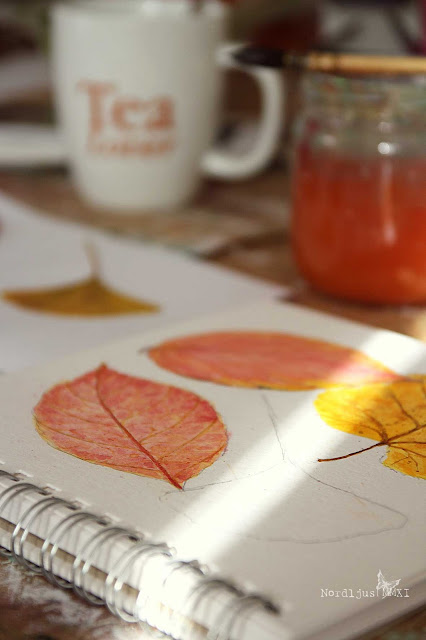 I had to run out in between, to take pictures of the flaming red tree in my street – and to collect some of its leaves – which of course I intend to paint as well. 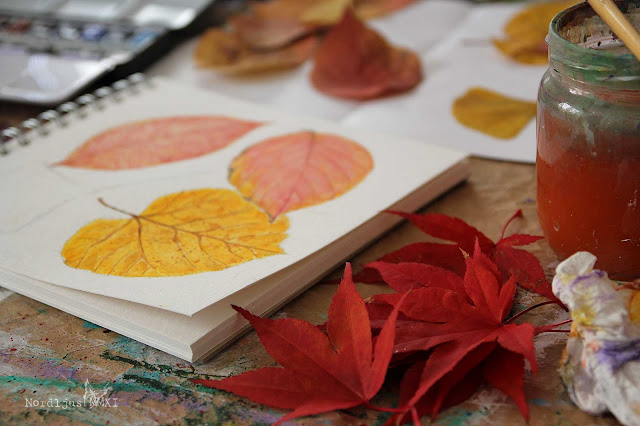 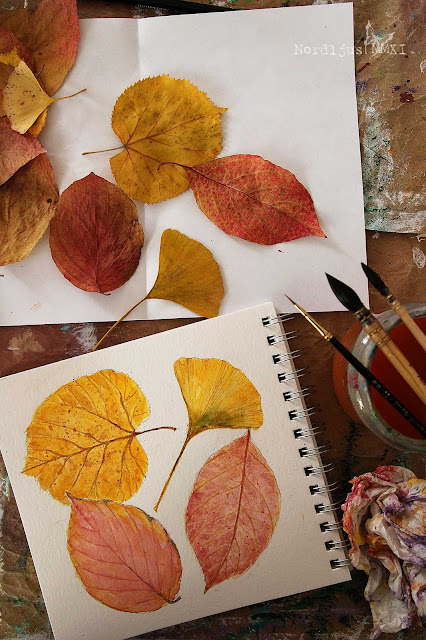 And the final result: 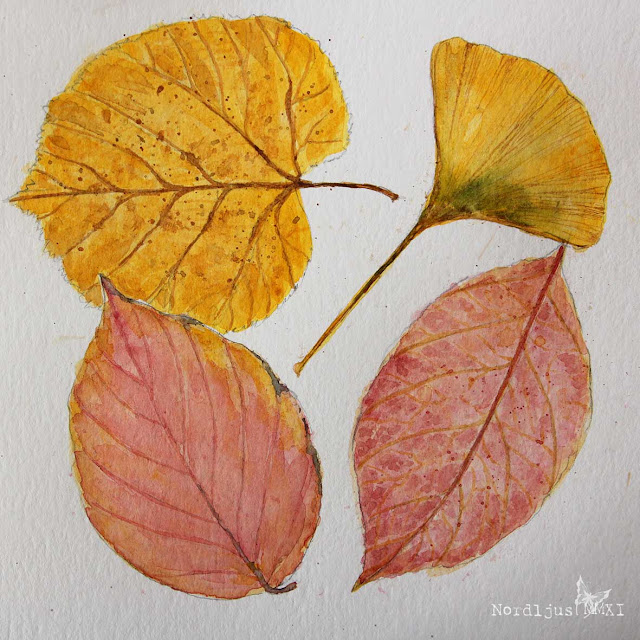 I definitely want to learn more about the techniques of botanical illustration, and practise more, and maybe  find a course to take - maybe even at Kew Gardens? :)

In the meantime, I found some video tutorials on Youbute, like this wet technique autumn leaf  one – definitely have to try this!