Snowdrops - and not much else yet

Spring seems to be coming slowly this year and there still isn't much out yet except snowdrops. I somehow expected it to be a warm and sunny weekend with trees starting to blossom and all sorts of spring flowers popping up out of the ground. But instead it was a particularly dull and grey weekend. There was a bit of sun at times yesterday, but all hazy and dull sky. I had planned to take loads of pictures, practising all the techniques and stuff from the new lesson of Mastering Manual Mode, but with this kind of weather, I didn't really feel like going out at all. 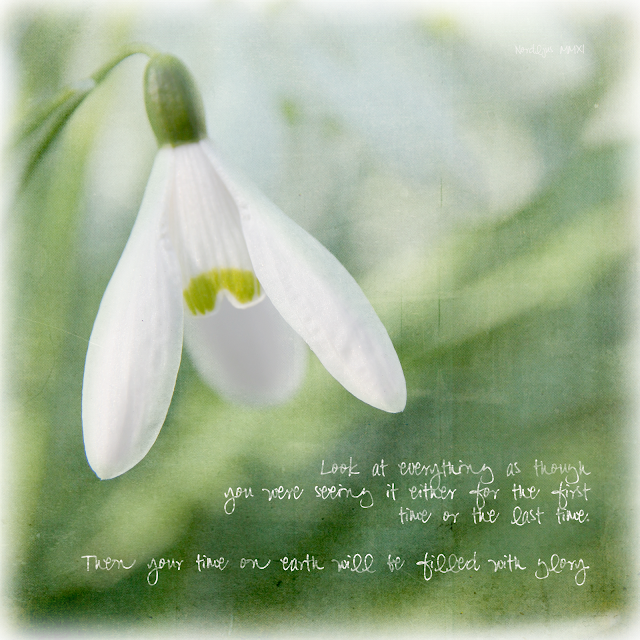 So instead I stayed at home mostly and worked through some of the lesson's in Kim Klassen's e-course (still hopelessly behind but at least making some progress...), playing around with texture layers and brush techniques (the rounded edges effect didn't really quite turn out how I had hoped...). And there's a Miss Marple Weekend at ITV3, and being a bit of an Agatha Christie and period drama fan (oh I just love the 1920s and 30s!), so yet another reason for staying in :-).


I hope to be doing a set of rusty grunge brushes later today. I took some great close ups of some rusty poles on the pier in Torquay last year. Well, we'll see how they turn out... :-)
Posted by Nordljus at 17:37